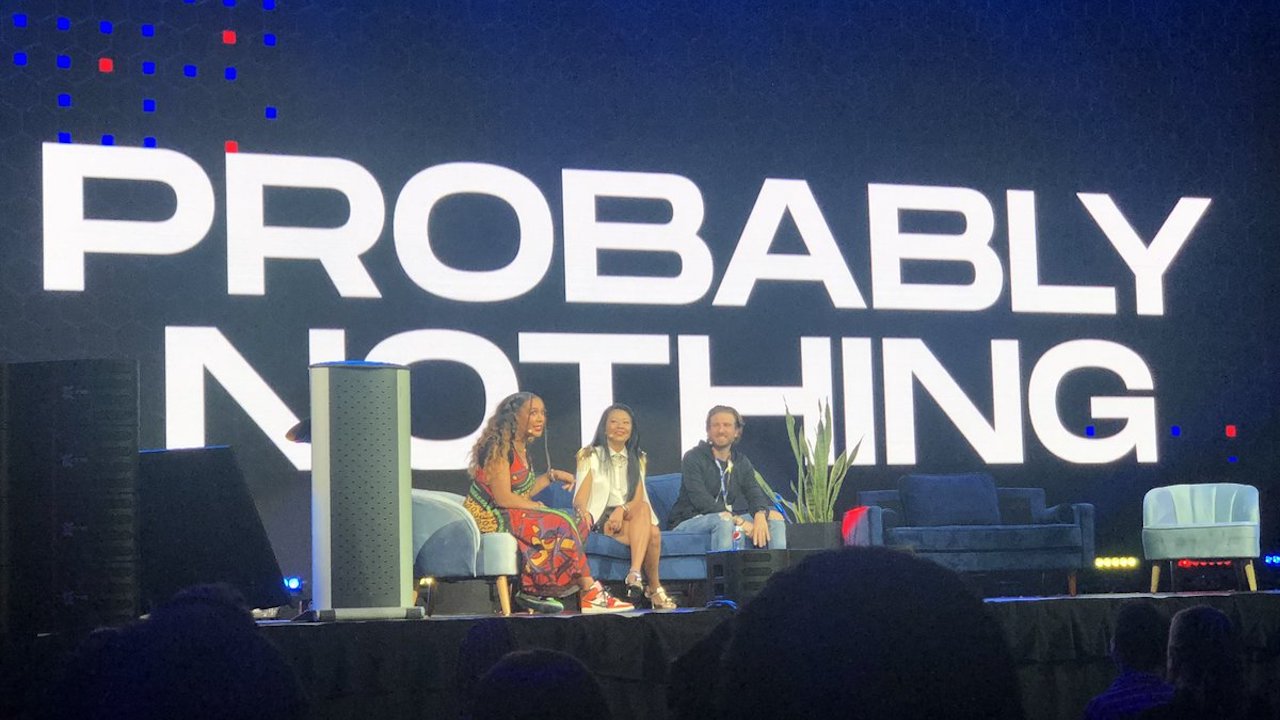 It really was an NFT takeover as the crypto community made their way to Miami for this year’s Art Basel event. It was “gm” and “wagmi” coming from all directions at the first conference of the week, NFT BZL:

Williams Quigley, CEO of WAX, also gave the audience a history of NFTs:

Lin Dai, CEO of On Of, made a big announcement: NFTs are coming to the Grammy’s!

And Miami Mayor, Francis Suarez, wants YOU to come build in Miami:

Miami Mayor @FrancisSuarez wants YOU to build web3 in his city. Is Miami the #NFT capital? #NFTBZL @NFT_BZL #NFTBasel pic.twitter.com/B2d9uJo9XK

At the DCentral conference, it was surprising how few attendees had accounts to a Metaverse platform, especially compared to how many owned NFTs:

.@modyaya asked how many oriole have #metaverse accounts and very few raised their hands. And this is an #NFT conference! @dressxcom pic.twitter.com/qKIFNj5dZy

Speaking of the Metaverse, DMINTI built their own fine art in Roblox:

One of the coolest NFTs we saw was this one from Snoop Dogg at The Gateway event from Christie’s auction house.. It ended up selling for over 188 ETH (approximately $750,000):

Snoop wasn’t the only musician displaying their NFTs, as Deadmau5 had his own gallery:

For those of you who want the top of the line when it comes to displaying your NFTs, check out PORTL:

All in all, I think we can say that it was all “Probably Nothing” and that “WE ARE ALL GOING TO MAKE IT”: