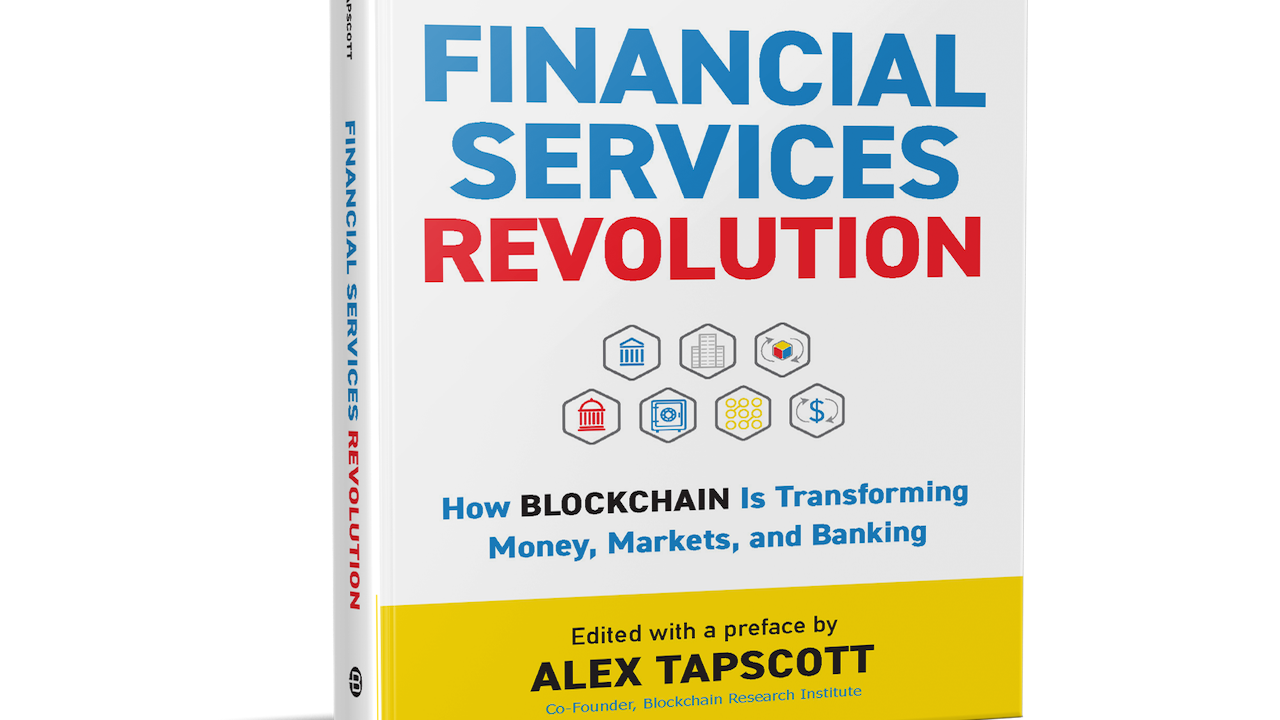 The promising advancements currently taking place in blockchain have been well documented. According to the online data site Statista, global revenues in this technology space are expected to see massive growth in the coming years, with $23.3 billion or more in investments by 2023.

Statista’s findings also suggest the emergence of the financial industry as a leader in this growing trend, with over 60 percent of blockchain’s market value present in this area.

These developments are the subject of a new book entitled Financial Services Revolution: How Blockchain is Transforming Money, Markets, and Banking (Barlow Publishing, February 2020). Edited by Alex Tapscott, a mid-thirties Toronto resident, and a highly respected thought-leader in the world of finance, this new anthology offers readers a deep dive into blockchain’s transformative impact in the financial industry.

Replete with contributions from some of the world’s top thinkers on blockchain and the digital economy, Financial Services Revolution explores the promising landscape of this nascent technology as it levels the economic playing field of millions around the world. Contributors to the book argue that blockchain will provide global citizens with more financial autonomy and power while creating operational transparency.

Tapscott, a globally-recognized writer, speaker, investor and advisor focusing on blockchain, cryptocurrencies, and other emerging technologies is best known for his widely acclaimed book Blockchain Revolution: How the Technology Behind Bitcoin and Other Cryptocurrencies is Changing the World, which he penned with his father Don. In 2017, he and his father co-founded the Blockchain Research Institute, a global think-tank exploring the latest frontiers of blockchain strategic approaches and use-cases.

For the preface of this latest book, Tapscott explores the disruptive force of digital tokens and other features of blockchain and their impact on big banks, clearinghouses, and other legacy structures of the finance industry.

When asked to offer some perspective on Financial Services Revolution and its importance, Tapscott had this to say:

“The timing of this book in 2020 couldn’t have been better. Anyone who wants to understand our collective future should read it – not just people interested in financial services.”

Tapscott says that over the past year the blockchain industry has evolved significantly. And while Bitcoin still remains the largest and most consequential blockchain innovation to date, he notes that we are now seeing the emergence of the private sector and government in this industry. Tapscott cites Facebook’s Libra announcement along with China’s proposed development of a central-bank digital currency as key inflection points in the blockchain movement.

“This three-way race- between grass-roots projects like Bitcoin, corporate initiatives like Libra, and government-backed projects like China’s CBDC will define this dynamic decade. I can assure you that the 2020s will be roaring,” says Tapscott

He went on to remark that his research for the book offered a striking reminder of the pace of change taking place in the world of technology. Just a few years ago, Tapscott says it was difficult for many enterprise leaders to distinguish between blockchain and crypto. Today, he believes that companies understand the value of crypto assets in maximizing the disruptive potential of blockchain in finance.

Again, Tapscott cites Libra and the Chinese CBDC as great examples of innovation within the cryptocurrency space. He says that crypto-assets- protocol tokens like ETH, securities tokens, collectibles and so forth – are all growing significantly in size spawning new industry approaches like decentralized finance.

Asked to comment about the new book, Matthew Roszak, Chairman and Co-founder of Bloq had this to say:

“Alex Tapscott has been among the first and most thoughtful contributors to the global conversation on the future of finance. This book extends that dialogue. It looks at how financial services might approach a technological revolution originally designed to disintermediate it.”

Tapscott concludes: “The disruption in finance is happening, and it’s happening faster than many of us could have expected. So if you’ve ever felt in over your head in this space, whether you’re a student or a corporate executive, rest assured that this book will give you the clear perspective you need to lead the way in this upcoming revolution.”