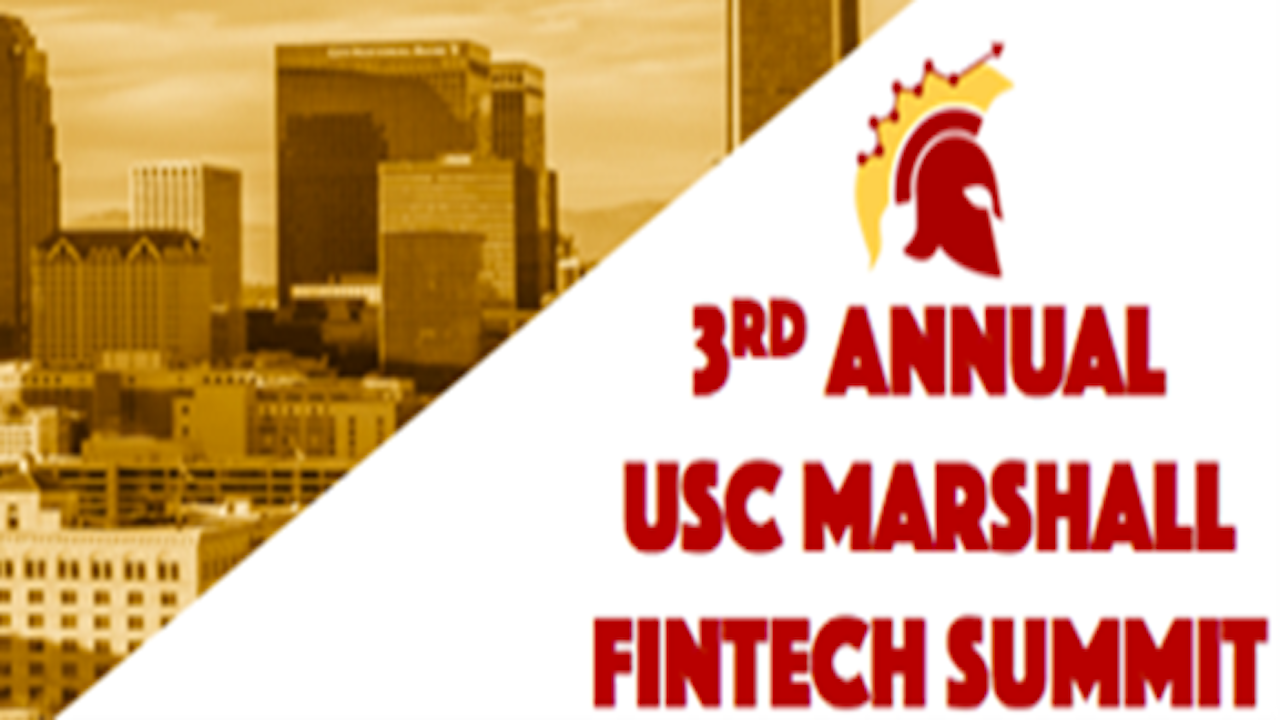 Last night, USC Marshall held its annual FinTech Summit with leaders from the Blockchain and FinTech industry. Blockchain was front and center starting with the opening statement from Dean Suh-Pyng Ku:

This is the Bloomberg report that Dean Ku cited:

Tim Spangler, from law firm Dechert LLP, had a lot to say about Bitcoin:

I was a hater, but (after getting under the hood), the math that runs Bitcoin is 100% real, 110% amazing and will do things that will scale and disrupt – Timothy Spangler @dechertllp at the USC FinTech Summit

He also cautioned the audience not to compare blockchain and crypto to what’s come before:

“Death by 10,000 analogies” is a major issue in Blockchain, according to Tim Spangler, @dechertllp. He said the newest technology mentioned in US Securities Law is “microfiche.” For that reason he cautions trying to put Crypto into know frameworks.

And he finally gave a definitive response as to what an ERC-20 token is:

Jackson Finio, Founding Partner of Fund3, gave his perspective on what be excited about in 2019:

Jackson Finio @jackfinio is a big fan of @numerai and how they can enable new processes and discoveries through encrypted data.

He’s also excited about the Blockchain advances in gaming and “opening up economies between games.” at the USC FinTech Summit

And there was agreement that blockchain will shake up the Financial Securities world soon:

Closing the panel at the USC FinTech Summit, both Jackson and Tim agree that Security Token Offerings will be huge in 2019. Tim is even more excited by the way that they will change the infrastructure of the entire financial system @jackfinio, @timothyspangler @dechertllp

The event concluded with presentations from the non-blockchain, FinTech world, but it was great to see such an emphasis on the emerging space. Fight on!