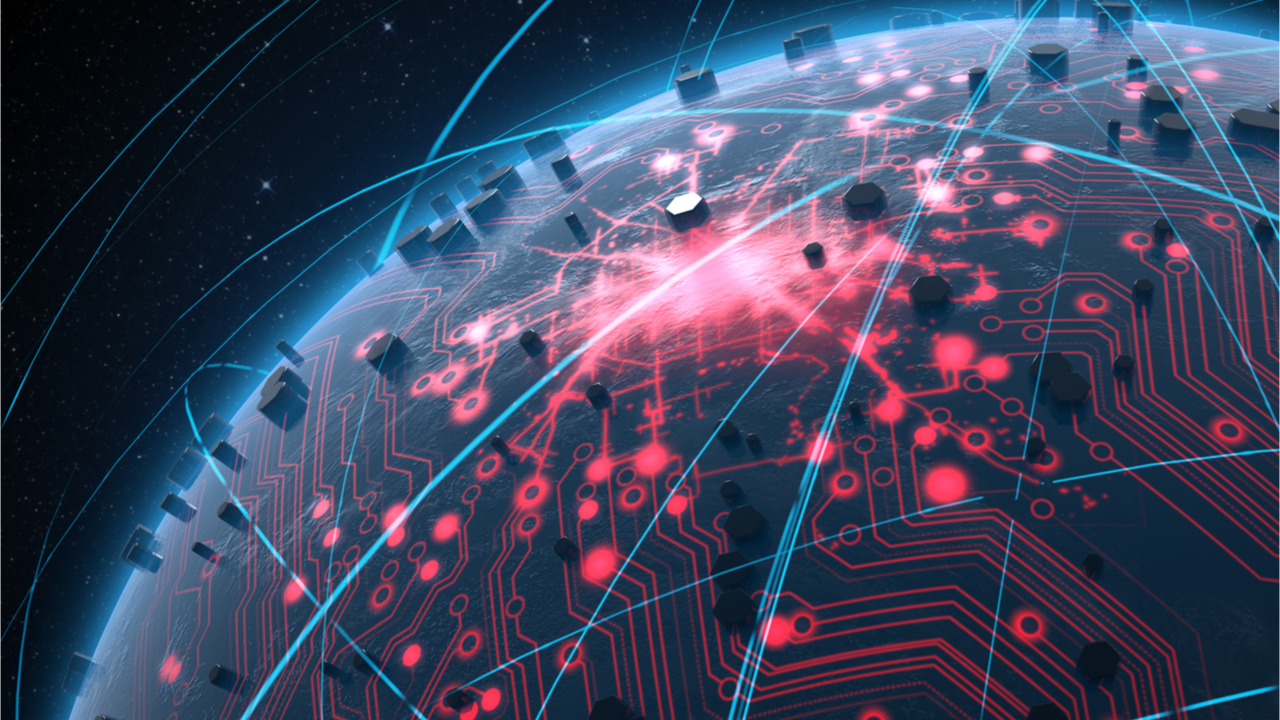 This is part one of a two part series — click here for part two. Acknowledgements: Thanks to Radhika Iyengar-Emens, my colleague at DoubleNova Group and StarChain Ventures, for her contributions.

The power sector is one of the early adopters of blockchain technology. This highly regulated industry, often seen as conservative and a late adopter of new technologies, is at the forefront of the next technology wave. Interestingly, one of the major reasons for the industry’s interest in blockchain technology is because the power sector is already in a disruption cycle.
Power is a massive sector globally with over $3 trillion spent on electricity each year and annual investment of more than $750 billion. Over the last 20 years, wind and solar generating capacity has increased 100-fold, from 8 GW in 1997 to about 800 GW in 2017. Today renewables, including hydroelectric, make up about 25% of global and 17.6% of US electricity generation. The majority of new power capacity, more than two-thirds globally, is coming from new renewable energy projects, primarily solar and wind.

The shift to wind and solar energy is now based primarily on economics, since they have now reached grid parity or become the least expensive energy choices in many markets globally. More than 1 trillion watts (Tw) of new renewable electricity is forecast to come online in the next 5 years.

Renewables, alone or in combination with battery storage, can have faster ramp up times and are more flexible and more distributed than traditional fossil-fuel based systems. The result is a more decentralized and real-time ecosystem that in many instances can be significantly enhanced with the addition of blockchain capabilities.

The key blockchain use cases for the sector include:

These use cases span many aspects of the ecosystem from generation to consumption with emphasis placed on the many new, dynamic and decentralized aspects of the industry.

Before diving into use cases, here’s a quick overview of the specific blockchain capabilities that are valuable to the power sector:

The first capability creates a layer of trusted information, the second a method for streamlining processes, and the third a mechanism for incentivizing adoption and promoting honest behavior. These are also the first 3 pillars of our framework, known as the 4 pillars of blockchain disruption. Taken together, the decentralized and real-time nature of blockchain is a better fit for the new, dynamic and decentralized world of renewable energy than centralized Web 2.0 systems.

Let’s now take a closer look at the use cases and case studies.

There are significant advantages to this approach for all members of the ecosystem:

Renewables can be deployed in various configurations which include centralized or utility scale (usually grid-connected and >10 MW generating capacity), but also as smaller distributed energy resources (DERs) with <10 MW generating capacity. DERs can include mini or micro-grids (on or off-grid), residential roof-top for photovoltaic (PV) solar, or ‘small scale’ for wind generators. These new distributed configurations show tremendous promise in both the developed and developing world as they are less expensive and very flexible.

Today, most smaller DERs trade excess electricity generation solely with centralized players through a process called net metering. In net metering, electricity can move in both directions, and a smart meter is used to track consumption and net electricity generation. The centralized player has access to the smart meter, can verify all electricity sent to the grid, and sets the price paid for electricity. The system is fully auditable, trustworthy, and convenient, but it provides no flexibility for selling electricity to other players and electricity payments are usually provided as credits rather than cash. Additionally, audits and settlement are usually slow, taking months or even up to a year to be completed and documented.

P2P energy trading offers a more flexible system based that would likely spur more people and entities to get involved in electricity generation since there would be a stronger profit motive. This is an exciting prospect as it could create a new sector of the economy and speed the shift to renewables, however, there are a number of significant issues. First, there is the issue of building trust between various small, distributed players, second there is the issue of cost, which can be very high for energy trading, and third, there is the management of many distributed resources to create a responsive and resilient grid. Fortuitously, blockchain-based systems can provide a solution to all of these issues simultaneously.

The case studies below show how blockchain technology can create a sustainable P2P electricity trading ecosystem.

Australia has the highest penetration of rooftop solar in the world, at 20% of homes or about 2 million, and so unsurprisingly is the home of multiple startups focused on blockchain and renewables. Power Ledger is an Australian company providing a blockchain-based platform for P2P renewable electricity trading. The company has introduced projects in Australia and the US. In November 2018, Power Ledger partnered with American PowerNet (APN) to launch its xGrid platform in the largest wholesale electricity marketplace in the US.

The deployment enables APN to trade solar power from its office rooftops and carports with neighbors connected to its office complex. Typically, APN would send its excess power to the grid and the utility would control how the electricity would be distributed. With xGrid, APN can prioritize its excess capacity for distribution to its neighbors and control the pricing for all renewable energy traded.

In another example, LO3 Energy, created a P2P electricity trading network called the Brooklyn Microgrid beginning in 2016. The trading network is based on a private version of the Ethereum blockchain and enables neighbors to buy and sell excess solar power from each other. It is similar to the Power Ledger deployment above, however, it also has the goal of providing decentralized power in the case of a natural disaster, like a hurricane, when the central utility might be compromised. A major finding of the project was that people can become very involved with energy if they feel they are making an impact and helping their neighbors.

This is part one of a two part series — click here for part two.