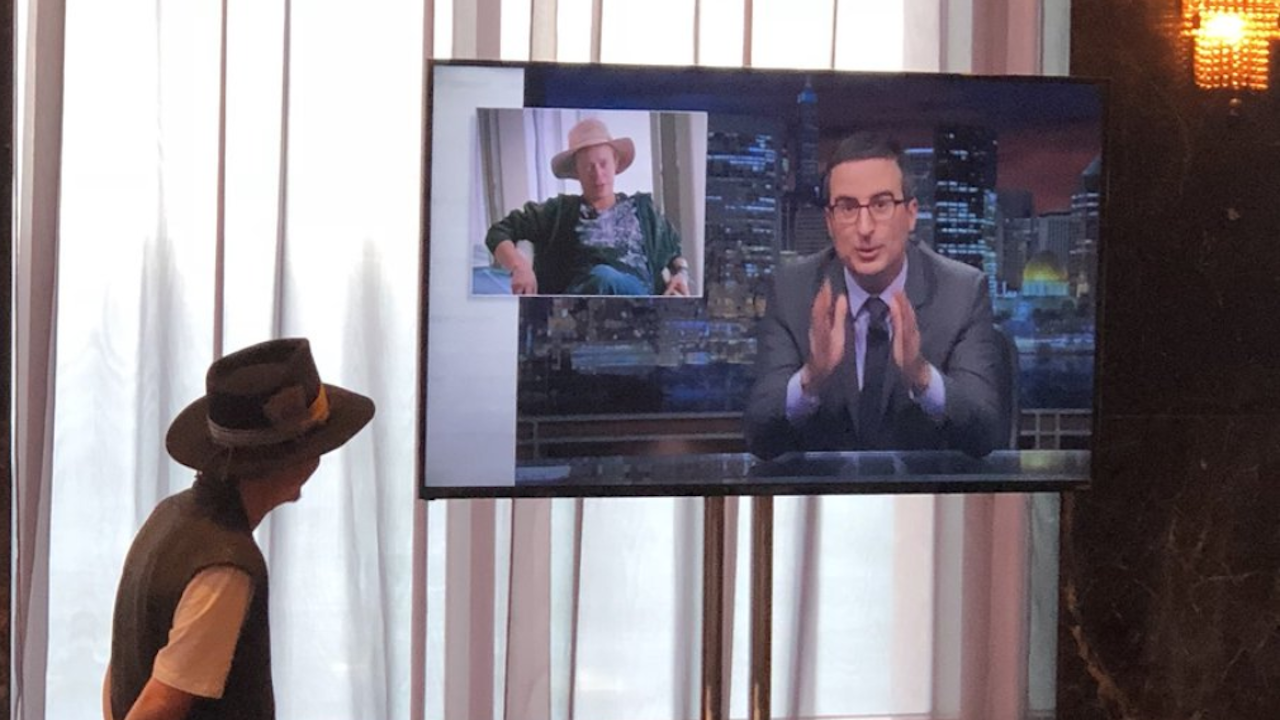 One of the final keynotes from the 2018 Blockchain Unbound Conference featured an unusual sight:  a presenter watching himself on the big screen to help make a major announcement.  Last Sunday, Brock Pierce was the subject of the latest episode of “Last Week Tonight with John Oliver.”  The episode featured lots of Blockchain and Digital Currency related topics, but dedicated a special segment to Pierce, a Blockchain pioneer.  It was certainly good to see him have a sense of humor about a piece that was constructed for education, but also comedic value.

Clips from the segment were used for Pierce to lift the veil on a stealth startup called Decentric Media, a new Blockchain and Crypto focused media brand and video network:

Pierce used the rest of his time to talk about #RestartWeek in Puerto Rico and his goals for the country:

“Bill Gates and Warren Buffet are going to give it all away when they die. I thought, what if you give away your money before you even have it?”

He also spoke about the most effective way to make a positive difference in a community that you want to help, but are unfamiliar with:

“I live my life entirely in service and I look for others in service. Get to know the Puerto Rican people and make partners… Don’t be arrogant (that you know everything). 1,000 people doing it right sets a tone” – @brockpierce #BlockchainUnbound #RestartWeek #BlockchainBeach

Pierce attended the event that Blockchain Beach wrote about yesterday, and was just as shocked to hear about the current conditions of some schools in Puerto Rico. He also made an interesting point, that even though Hurricane Maria was devastating for the island, the bright side may be that the recovery efforts can focusing on fixing some items that would otherwise have continued to be ignored, making Puerto Rico better off in the long run:

#RestartWeek was a great start to introducing the Blockchain community to the recovery efforts of Puerto Rico and we’re looking forward to attending future efforts, as well.

“How many people have you met this week where you said to yourself, ‘these are my people.’ This is the first #RestartWeek of many.” – @brockpierce #BlockchainUnbound #BlockchainBeach pic.twitter.com/u2aFAF6Qwl