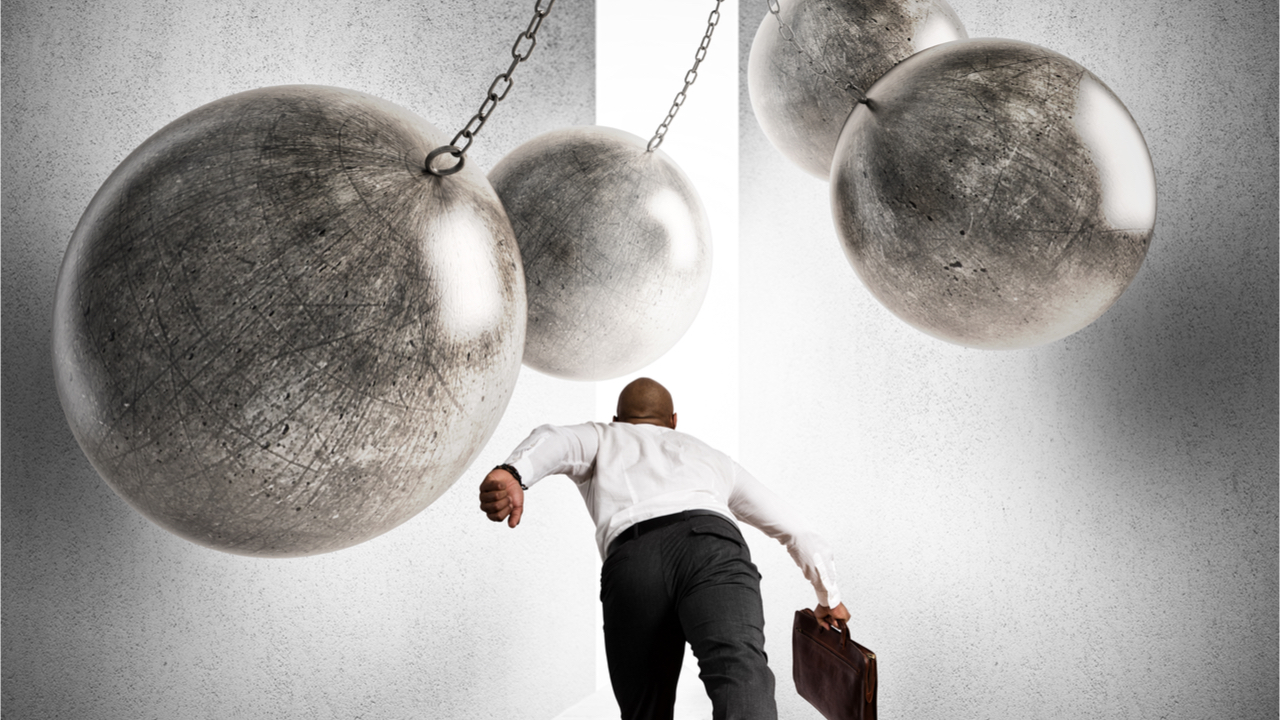 The blockchain decentralization revolution may not be the first, but it is well-funded, and led by people that think big. With a dream and billions in funding, what can go wrong? Distractions, disputes, and hubris top the list, with a very dishonorable mention for the industry’s problem of hucksters.

But what are the big obstacles on this road? What can prevent blockchain visionaries with billions at their disposal from creating a world-changing impact. They fall into four categories:

Distractions: Chasing the Ghost of Bitcoin’s Past

Bitcoin is both a blessing and a curse to the blockchain universe. It has created the anarcho-billionaires willing to take a chance on the next moonshot and invest in changing lives, not earning money. It has proven that while individual exchanges can be compromised and some incidents can cause a soft fork, the whole system is surprisingly resilient from a security perspective. However, its problems – glacial speed, high transaction costs, inefficient use of electricity, association with the dark web, and many others – have created a set of strawmen for the next generation of solutions to battle.

Today, dozens of pitches start with a narrative about bitcoin changing the world but being hampered by slow transaction speeds. Build on our blockchain (or hashgraph) instead, the story goes, and the true potential of the decentralized universe can come to fruition. Usually there’s a deep proof of security included as well. However, what this story ignores is that in the next generation of blockchain, speed and security amounts to table stakes. As Chris Rock once said “what do you want, a cookie? You’re not supposed to” – in this case, operate at glacial speeds and with security vulnerabilities.

So what is truly important? Here’s just a short list:

The blockchain universe is a community, but it is also in the throes of bloody turf wars. These wars rage across blockchain architectures, with dozens of platforms trying to be the operating system for blockchain – or even the next Internet. They flare up within blockchains, with tension among leaders, between creators and the community. They exist on a technical level, with a dozen block production methods vying to relegate proof of work to the dustbin of history.

Some of these conflicts may be necessary and productive, especially during a formative time in a technology’s history. However, blockchain does not have a turf to fight over if it does not win it from centralized solutions first. If all that the fighting does is sow the seeds of fear uncertainty and doubt about who’s going to win; and whether any claims in the market can be believed.

To that end, it will be good for all of the participants to periodically remind themselves and those around them that there is plenty of room to build to a niche audience; and that the success of one blockchain is a success for all that are trying to prove it out as a concept.

What makes the previous goal tougher is that while the majority of the industry is genuinely interested in building new world-changing technologies, the reputation of the industry as a get-rich-quick scheme has attracted every snake oil salesman and charlatan around the world.

Whether they’re claiming to have oodles of megawatts and hundreds of scarce machines ready to ship this month for mining or dozens of trusted nodes for block production; millions of transactions per second on their new blockchain; purely decentralized governance; or the next medical breakthrough; the concentration of people hustling for Digital coins is bigger than anywhere except maybe MLM (which, to no one’s great surprise, has a material overlap with the crypto world). And that is not to even get into Bitcoin’s history on the dark web and enabling things like ransomware.

So how does a technology that is all about trust shed a reputation for untrustworthiness? Perhaps a reputation blockchain is the answer – where claims, offers, and outcomes are preserved for posterity in a permanent immutable record. In the meantime, it would be advisable to trust only a few people and invest heavily in verifying any claim in multiple ways.

The final category is perhaps the most difficult. You can’t think big without overestimating your chance of success. However, you also can’t expect for the world’s governments to take an assault on their ability to make monetary policy and enforce securities regulations lying down. To say nothing of the people who are somehow thinking that Digital Currency transactions can’t be traced by the various revenue services.

There are formidable foes. There will be regulations that shake up the market. There will be people that go to jail (rightly or wrongly). There will be security crises that result in millions lost. There will be armies of fraudsters trying to take advantage of every benevolent and charitable impulse and game every metric. If you can think of something going wrong, it probably will.
Against that backdrop, thinking that community, goodwill, and technical genius will be the only things needed in the battle to come is a grave mistake. You need to have a Plan B and a Plan C for many eventualities, chief among them the antagonism of state actors and the greed of everyone who hasn’t yet made their share. Only by expecting to plow through thorns will we ever reach the stars.

I’m sure this is hardly a complete list – and the unknown unknowns may be even more material than the obstacles we know today.

Tony is the CEO of RampRate, a Data-Driven IT Innovation Engine that delivers expert, transformative technology cost savings, and optimization services.