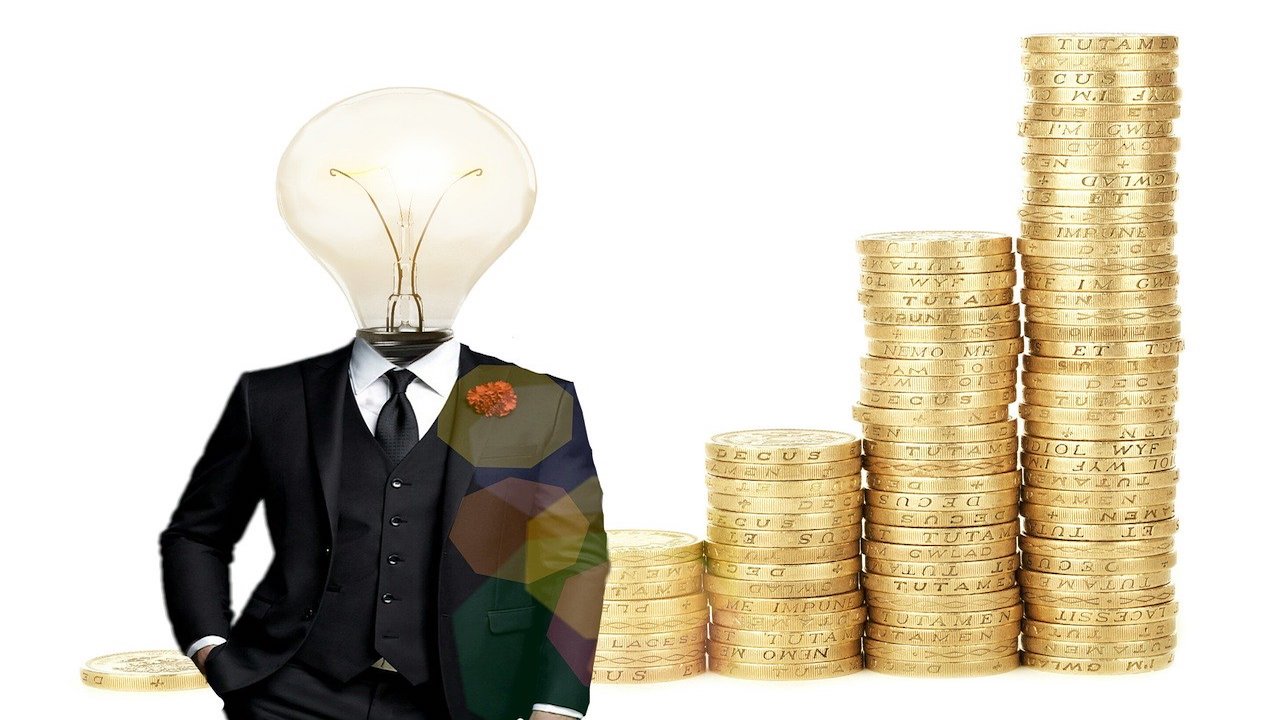 This is Part Two of this series. Click here for Part One on the Bitcoin Investment Thesis.

ETFs give investors a low cost, highly liquid vehicle to passively invest in a diversified basket of securities like stocks, bonds or commodities on major exchanges such as NYSE and NASDAQ. The most popular ETFs replicate stock indices like the S&P 500, NASDAQ or MSCI. According to research by Morningstar, passive investment ETF inflows were +$407 billion for the trailing twelve months ending April 2020. Actively managed mutual funds witnessed outflows of -$386 billion during the same time. ETFs have exploded in popularity over the last 10 years.

Bitcoin’s rapid and controversial entry into investment funds vehicles is reminiscent of gold 20 years ago. In 2003, ETFS Metal Securities Australia Ltd (ASX ticker: GOLD) was the first gold ETF approved and offered to investors on the Australian Stock Exchange. Today, the fund has $1 billion of assets under management (AUM), a paltry amount by ETF asset manager’s standards. In 2004, 18 months later, the SPDR Gold Trust (NYSE ticket: GLD) launched and now has $58 billion of AUM. Unfortunately for Aussies, the ‘first mover’ advantage did not resonate across borders, in spite of the GOLD fund being available at brokerages in the United States.

This chart illustrates the phenomenal growth of fund flows into gold ETFs and the direct causation of price inflation. It is widely speculated (an appropriate descriptor for digital assets) that a similar pattern of global investment and price appreciation could follow the launch of a bitcoin ETF.

The sought after bitcoin ETF is one of the most popular, yet contentious issues surround digital asset investment.
After numerous applications for a rule change and public debates by a multitude of sponsors and stakeholders, the SEC has essentially quashed the concept of a bitcoin ETF in February of 2020 saying the proposal is not consistent with the current rules that are “designed to prevent fraudulent and manipulative acts and practices, and to protect investors and the public interest”.

Early applications from groups like the Winklevoss Twins in 2016 were denied due to the insufficient amount of qualified custodians for bitcoin. As of today, that is largely solved with almost a dozen qualified custodians in the United States, including firms like Fidelity Digital Assets, Coinbase and BitGo.

Groups like Van Eck, Bitwise and Wilshire Phoenix were sent home from Washington (in that order) primarily because they could not satisfy the SEC’s concern surrounding market manipulation in bitcoin trading venues. Prior to listing an ETF, an applicant must show that the stock exchange that will list an ETF has entered into a surveillance sharing agreement with a “regulated market of significant size” for bitcoin. Because most bitcoin trading venues are unregulated (and some emphatically anti-regulation), this has been difficult to obtain. Efforts continue and many believe that pathways exist to get over this hurdle, but none have succeeded to date. The most recent denial of NYSE Arca / Wilshire Phoenix application for a hybrid bitcoin / treasury bill fund centered around this issue of market manipulation.

Staunch supporters of the bitcoin ETF include Hester Peirce, SEC Commissioner who diligently outlined her dissent saying the denial “deprived investors (particularly retail investors) of the ability to access bitcoin in markets within our regulatory framework…to drive entrepreneurs…to other jurisdictions”. She says the SEC wanders into “dangerous territory of merit regulation” with this rule change denial.

“We recognize bitcoin’s attractive investment merits, but until there is an SEC approved ’40 Act fund that passes our compliance, we will likely remain on the sidelines.” says Jason Labrum, founder of Intelligence Driven Advisors wealth management group.

Over The Counter (OTC) Trusts

A grantor trust (“trust”) is a legal structure that appoints trustees to exercise authority over owned assets and the operations. Trusts differ from corporations in that investors do not have statutory rights in the trust that a shareholder in a corporation would over management or the board of directors. An investment in a trust is limited to an ownership claim on the underlying assets. The trustee, sponsor, brokers, transfer agents, custodian, largely enjoy limited liability, asset insulations and bankruptcy remote characteristics.

As an example of bitcoin trust (GBTC), the sponsor (Grayscale) issues shares to authorized personnel (Genesis Trading) that offer those restricted shares to accredited investors under the 506(c) exemption. After six month, those shares become unrestricted and are allowed to be quoted on the OTC secondary market (OTCQX) and are free to be sold to non-accredited investors through their broker dealers, (i.e. Fidelity, Robinhood).

Some trusts we will explore are limited to Qualified Institutional Buyers (QIBs), a higher burden of “sophistication” than accredited investors. QIBs include banks, trust funds, pension plans or any entity composed of sophisticated investors with assets of at least $100m or broker dealers with at least $10 million.

The most invested bitcoin fund structure of a trust is “closed ended” which is a pooled portfolio of assets that is raised on a fixed amount of capital. Traditionally, closed ended fund sponsors do an IPO for a fixed amount of shares. When a new investor places an order on the secondary market, the trade is routed to a broker dealer that has pre-existing inventory of the fund shares. Since the price of the shares are determined by both the 1) Net Asset Value (NAV) of the underlying assets and 2) supply and demand of the shares, closed ended funds commonly trade at a premium or discount to the NAV. In the case of GBTC discussed below, investors who purchase shares in the private placement rely on Rule 144 safe harbor to sell their restricted shares to the public when certain conditions are met.

Most all of the proposed ETF rule change applications are also structured as trusts, but their goal is to trade on the major exchanges such as NYSE and NASDAQ. Investors can get access to bitcoin trusts on OTC markets such as OTCQX upon the fund 1) having its shares gain FINRA Form 211 approval and 2) having met the reporting requirements of the OTC Markets, which are much easier to satisfy than a public securities offering registration with the SEC.

The aforementioned ETF applicants have their eye on the prize of the immense investor base that major US exchanges provide access to.

ETNs are non-equity, unsecured debt obligations issued by financial sponsors that are designed to track the return of an index or underlying asset such as a commodity or currency. Investors can buy certificates from the sponsor directly as well as indirectly from secondary markets on exchanges. The proceeds from new investors are used to 1) buy the underlying bitcoin, 2) enter into derivatives contracts and/or 3) enter into swap agreements with counterparties that provide price exposure. The certificate is essentially like a debt obligation where the fund makes a guarantee to the investor (in addition to their counterparties, lenders, etc) to make them whole on the certificate. Unlike the closed-end structure of a trust, ETNs are open ended to allow for the redemption of shares.

You may also see category of Exchange Traded Products (ETP) but most of the digital asset offerings are structure as debt obligations. Even the SEC had an issue with the ambiguous ETP label when Coinshares’ bitcoin and ether Tracker One funds were suspended from trading on US markets.

Outside of Grayscale’s GBTC fund, bitcoin investment products in the United States are largely limited to accredited investors in Private Placements (PPs), namely under the 506(c) exemption from SEC registration. The typical bitcoin investor, tech forward Millennials do not always fall into these traditional, some say archaic constructs for measuring if an individual is financially “sophisticated”, according to the SEC. There is a proposed rule change to include individuals who passed a securities license exam, but this still lacks diversity and inclusion for millions of Americans.

PPs are considered non-exempt securities (usually requiring registration) but they are done mainly through a Regulation D exempt transaction. While many rules and conditions exist for Reg D, the overarching oversight is to only sell to accredited investors and to submit very basic information to the SEC about the offering and issuers. In 2012, the Obama administration passed the Jobs Act that separated Reg D into two different offering exemptions:

The SEC’s vague “sophisticated” interpretation requirement that investors ”must have sufficient knowledge and experience in financial and business matters” might be the most ambiguous and malleable securities regulation since they started writing rules over 100 years ago.