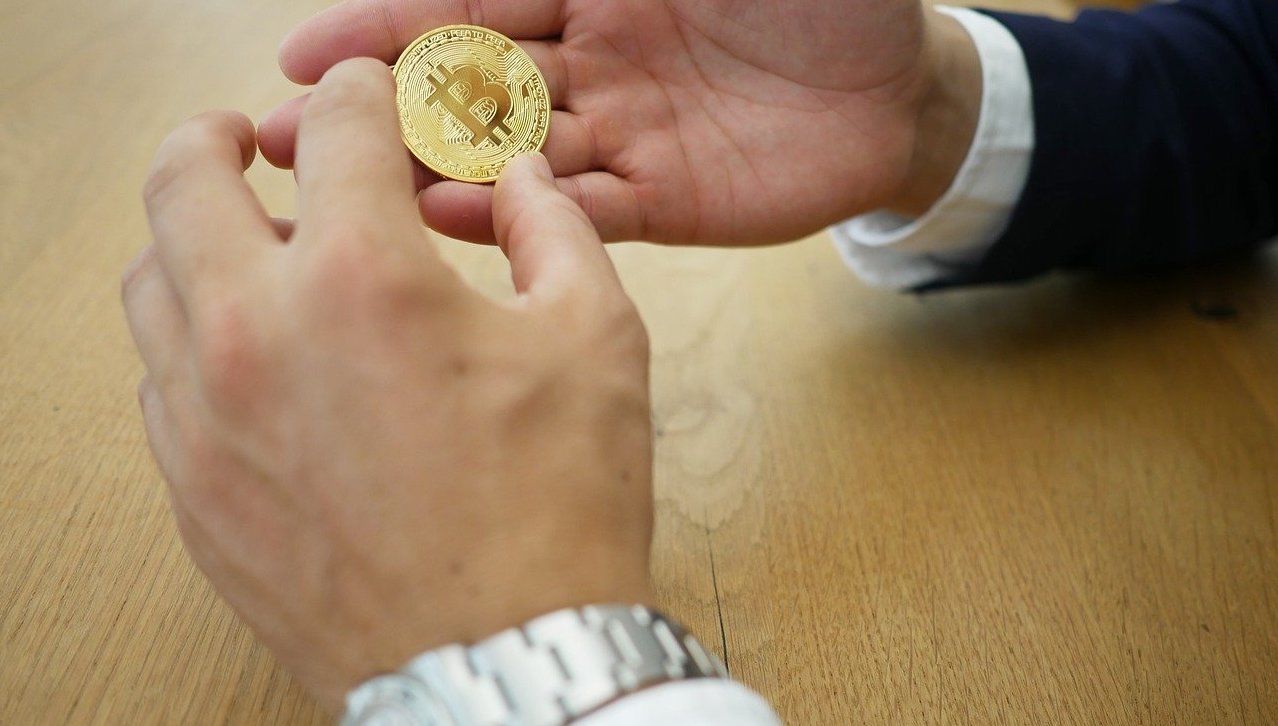 Grayscale Investments is the largest asset manager of bitcoin and digital assets in the world. With $3.4 billion of assets under management (as of June 26, 2020), the Grayscale Bitcoin Trust (GBTC) is larger than the next investment product by a 5x multiple. Led by Barry Silbert, founder of the acquisitive Digital Currency Group conglomerate, Grayscale’s entrance into bitcoin asset management in 2013 provided a first-mover advantage.

GBTC is one of the largest US traded securities on OTC Markets with $761 billion traded in April 2020 alone, edging out names like Fannie Mae, Freddie Mac and foreign issuer ADRs such as Heineken and Adidas. Although issuers with shares traded on OTC markets have reporting requirements such as financial statements prepared “by persons with sufficient financial skills” (i.e. unaudited), Grayscale recently registered GBTC with the SEC as a Reporting Company, requiring much more stringent and transparent reporting disclosures.

GBTC is still not accessible on major US exchanges like NYSE or NASDAQ, which limits certain institutional investors (insurance companies, pension funds) from investing in its public quotation. The upgraded reporting status shows that Grayscale is moving in the right direction to broadening the investor base.

GBTC trades in the secondary market at a price higher than the NAV of the underlying bitcoin holdings, mainly due to the lack of a redemption feature. Over the last five years of existence, the average premium was 39%, traded as high as 132% and as low at -0.34% but rarely at par or 0%. GBTC is often used by hedge funds due to the arbitrage opportunity to buy the primary issuance at par value and sell it to the public market for a premium six months later — if the premium still exists. 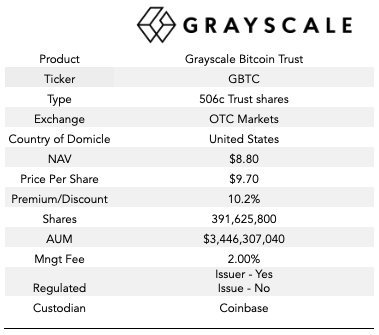 COINXBT is the first synthetic tracking investment product to be approved by regulators and listed on a major exchange. The fund was listed on Nasdaq OMX in Stockholm in May 2015. CoinShares is considered the leading digital asset fund sponsor in Europe. The firm is led by Daniel Masters, a former energy trader, venture capitalist and digital asset evangelist.

The fund’s premium or discount to NAV varies slightly but tends to stay closer to zero due to 1) the open-end redemption feature and 2) the market making function of affiliated companies. These market makers have certain levers such as negative inventory to bring the price close to the NAV. The continued discussion around trade-offs applies here as COINXBT may not be 100% backed by physical custody, the narrow trading range to NAV provides an efficient investment vehicle for bitcoin.

In addition to being available for OTC trading, shares of COINXBT are putable to the issuer, meaning an investor can always sell their shares back. This process can happen in 40 days at the minimum after written notice before month-end and eventual payout 10 days after the following month. There is also a 2% exit fee deducted from the NAV. Again, trade-offs. 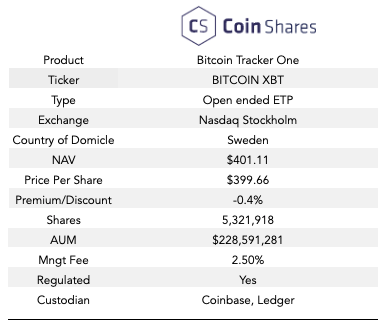 QBTC is the first asset backed bitcoin fund to be approved by regulators and listed on a major exchange. The fund was listed on the Toronto Stock Exchange in April 2020 (Ticker: QBTC_U) after a long legal battle with Canadian provincial securities regulators. The company is led by Fred Pye, a seasoned asset manager who brought gold and commodity listed products to Canada in the 1980’s. QBTC offers investment units in the trust (similar to shares) via Class A units for all investors, Class B and Class F units for investment managers or institutional accounts who integrate an additional fee structure. Primary unit issuances come with a 5.5% fee on A units and 3.5% fee on F units to pay the distribution agents. Units sold in the primary market are limited to QIBs, but anyone with a brokerage account that has access to Toronto Stock Exchange (Fidelity, Charles) is able to source shares on the secondary market. From the United States, there are additional commissions and fees associated with the transaction.

QBTC is similar to GBTC — not just in the name but in the trust legal structure and unrestricted share trading. Where it differs is in 1) increased issuance regulatory oversight and 2) major exchange traded. QBTC is approved by the Ontario Securities Commission, a regulatory achievement that only Coinshares can also claim. 3iQ is both sponsor and trustee of QBTC. This dual mandate may add an additional level of fiduciary duty and direct legal liability to 3iQ’s management and business practices. 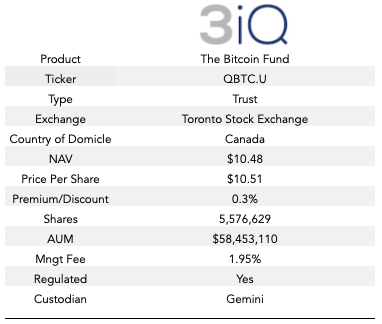 With diverse management roots in both technology and finance, Bitwise is one of the more publicized digital asset managers and applicants of the bitcoin ETF. An in-depth presentation to the SEC on exchange volume, custody options and digital asset market dynamics asserted Bitwise’s thought leadership to many market practitioners. Although they are better known for the Bitwise 10 Crypto Index, both as a private placement and the forthcoming OTC listing (pending FINRA’s approval of their Form 211¹¹), Bitwise offers a bitcoin private placement via the Reg D, 506(c) exemption for SEC registration.

Accredited Investors contribute cash or bitcoin into the fund in exchange for units in the LLC on a weekly basis. Annual management fees are 1.5% but decrease to 1.0% for subscriptions of $1 million or greater. Units can only be acquired through the sponsor and do not trade on secondary markets. The LLC fund structure provides management with certain liability indemnification and exclusive control not found in the trust structure. It also allows investors to buy and sell the fund units at par value.

Bottom line — getting investment exposure to bitcoin is hard, if not impossible for many financial advisors. Bitcoin custody relies on complicated technology and multi-level security protocols. Financial advisors are not able to manage private keys or even open exchange accounts on behalf of clients. A bitcoin ETF has the opportunity to unlock billions of managed capital in the United States. The SEC Chairman, Jay Clayton’s term ends in June, 2021. Unless something topsy turvy happens in the interim, it is unlikely we will see an ETF under Chairman Clayton’s rule.

Financial advisors who believe in the investment catalysts of bitcoin will have to “run the gauntlet” of complicated, if not impassible compliance stipulations. Advisor’s have to balance their risk appetite and fiduciary duty to clients with the compelling investment attributes of bitcoin.

“In Bitcoin’s first decade, investment advisors could get away with zero allocation. But in a world in which a hard-money asset like Bitcoin may prove to be one of the best defenses against infinite money printing, Financial Advisors have to ask themselves whether their clients can afford to wait for the perfect product.” — Andy Edstrom (CFA), Financial Advisor and author of “Why Buy Bitcoin”.