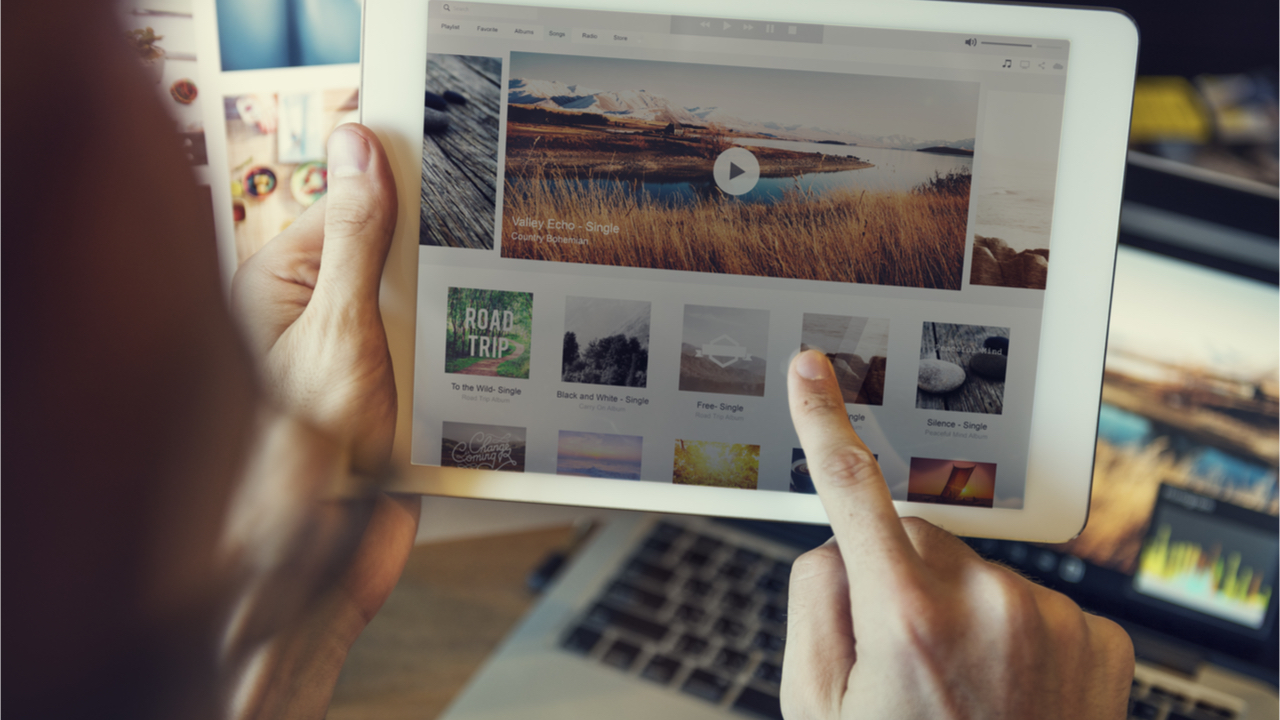 With his involvement in the nascent, at times unpredictable world of blockchain, Valerian Bennett has an immense appreciation for what it takes to bring a new concept to market: “It’s been a long and strange ride for sure [laughter]. We originally started out building a decentralized video platform, what we affectionately referred to as the ‘YouTube of Blockchain. What we discovered is that the work underlying our project takes place in a constantly changing environment, one that presents immense difficulties on even the best of days.”

His project known as PopChest, a blockchain-centric media distribution community, provides a means for content creators to get paid directly, in real-time, for all of the video views they receive. And, for audiences it will deliver a cool, video-on-demand experience without the need for signups, subscriptions, or commitments.

Prior to giving birth to PopChest, Bennett worked as a television producer/editor on hit TV shows like E!, MTV, and A&E just to name a few. As a Silicon Valley native and graduate of the prestigious University of Southern California film school, he has deep sense of today’s evolving digital landscape.

In an interview with Blockchain Beach, Bennett shares a bit about the PopChest, amid new, emerging developments taking place in the blockchain space. Here’s what he had to say:

Blockchain Beach: Take us back to the launch of PopChest

Valerian Bennett: Sure. It all began with us saying ‘let’s test out some the theories that we think would get us to a decentralized video network that’s actually useful and functional.’ We looked at things like how to deal with creators and how to onboard their audiences. Then we had a beta test where we got a little over 300 content creators to upload video and go through that entire process. The goal was to try to get audiences familiar with micro payments and a bunch of different things. Fortunately, towards the end we started to have some really consistent successes.

BB: What did you discover from this exercise?

VB: That in this world of blockchain it’s not only about finding success but about finding a way to consistently maintain it. Once we had the process down, we started to develop a lot more of the hardcore blockchain infrastructure. We’ve been very consistent in our desire to build something that actually works and is useful for people in their desire to make their lives better in a real and tangible way.

BB: Sounds like it’s been quite the endeavor particularly in the ever changing blockchain space?

VB: It definitely been a bumpy ride. But you know at the same time, to a certain degree, it’s always been like that. The blockchain universe will declare itself as one thing one day and then six weeks later the environment is going to be different. So you have to be very clear and dedicated on what your core vision and core focus is while at the same time being flexible enough to deal with new information as you evolve towards your goal.

BB: I’m curious as to how has the cryptocurrency down market has impacted PopChest’s advancement?

VB: The great thing about down markets like the one we’re in now is that it gets a lot of the waste out of the system. So in my opinion there’s a lot less enthusiasm for those blockchain projects that were not very solid. In terms of us, we feel good about our track record and the fact that we’re releasing an actual product. Hopefully people will begin to gravitate more toward quality in which case the downturn will help us stand out that much more.

BB: So what is the biggest challenge you’ve encountered along the way?

VB: The toughest thing is just finding engineers. We have been really, really fortunate though to find some folks who are incredibly brilliant in building this technology. Our team of people is really committed to the vision and believe in what it is that we’re doing. It’s that belief that gets you over a lot of the hurdles and challenges.

BB: Are there any consumers trends that are informing your project direction?

VB: I think overall you are seeing so much frustration from the consumer side, from viewers who are just fed up with ads and the junk that comes with it. On the creator side there’s definitely frustration in terms of the lack of creative freedom. Because these frustrations are bubbling up to the surface, there are a growing number of people looking for something new. So I think this is a really good time for PopChest and what it can deliver.

VB: It’s thriving, particularly here on the westside of L.A. We’re based in Santa Monica and I live in Venice. Silicon Beach is what they are calling it now. It’s such a great climate here to be honest with you. There’s been a natural upswell of blockchain companies here and it seems like more and more are arriving to the area every day. So as a startup you start to feed off of one another which is one of the great things about being situated in an ecosystem like this. We challenge one another to be better every day.

BB: Why do you believe this influx is taking place?

VB: I think the physical environment is always a draw. With that you’re going to have a shortage of people. I’m originally from Northern California. I was born in San Mateo, grew up in San Jose which is part of Silicon Valley. So to answer your question, I think that there’s a general frustration with Silicon Valley and thus the push to decentralize the California startup culture. So we’re definitely seeing an exodus from more traditional development centers like the Bay Area.

BB: Speaking of you, tell us a little about your professional background.

VB: Well, they say the best startups come about when the founder is trying to solve his own problem. That’s pretty much where all of this started for me. My background is in the L.A. film and television industry. I studied film at USC, which is one, if not the best film school in the world. So I stayed in L.A. for obvious reasons, serving as a television editor for more than a decade.

BB: What did you learn from that television stint that informs the work you’re doing today?

VB: From that vantage point I got an inside view on how the machine of global media distribution works and how ridiculously inefficient it is. Leaning back on my Silicon Valley origins and having always been a hardcore geek, I really understood what blockchain was and its immense potential.

BB: When were you first introduced to the Blockchain and Cryptocurrency space?

VB: I actually began hearing about bitcoin in 2010 or 2011 and thought it was a crazy concept. So I didn’t pay any attention to it for another two years. But once I did, I put my nose down and really got into it.

BB: How did that translate into launching PopChest?

VB: For about six months, I thought to myself, “ahh, someone really should build a system where you could like earn micropayments for video.” So after sitting on my hands for six months asking myself why isn’t anyone building this, I edited my last TV show and dove into this full-time to try to make it work. That was the beginning of 2016. And here we are now.

VB: We’ve still got a lot of work to do. We’ve accomplished a lot but that just means that there is just so much more work to do. We are currently focusing on the micropayment and token elements for the launch of our platform. Then we’ll expand out from there. All of this is about getting the decentralized video network to scale and building out a rewards system so that every user action is monetizable with PopTokens. This is what we intend to launch with.

BB: What next for PopChest?

VB: Our main aim is to try to find people who are dedicated to seeing this project come to life. We’re really trying to create a movement that’s empowered and enabled by blockchain technology. But while the technology itself is nice, there will be nothing to it unless it actually serves the larger purpose of having a positive impact on the world.