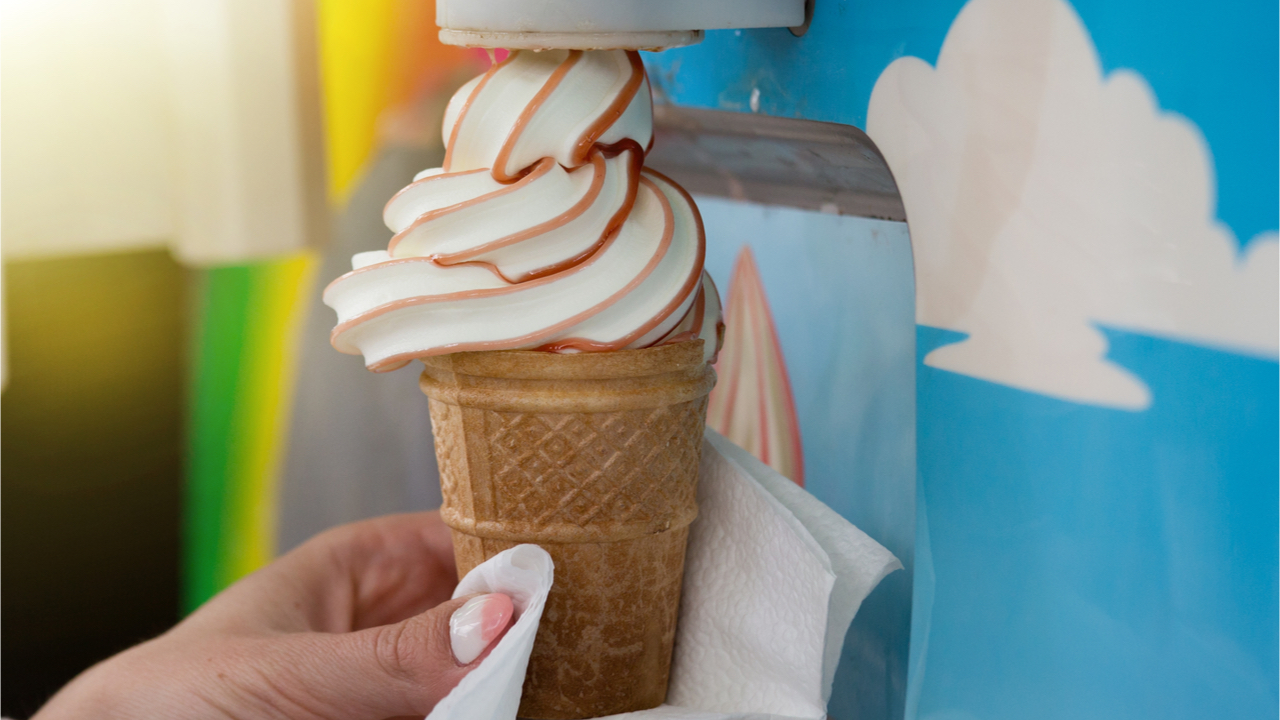 Imagine a vending machine that produces a delicious cup of frozen yogurt and toppings at your beckoning call. As luck would have it, a California based company recently announced its intentions to make this a reality, turning digital funds into delicious dessert delectables.

Reis & Irvy’s, Inc., a subsidiary franchise concept of Generation NEXT Franchise Brands, Inc. (OTCB: VEND), is rapidly advancing toward becoming the world’s first mainstream vending machine company to accept digital currency in exchange for a range of frozen yogurt and ice cream consumables. These robotic vending spots will allow consumers the option of payment utilizing one of a number of digital currencies including: Bitcoin (BTC), Bitcoin Cash (BTH), Litecoin (LTC), and Ethereum (ETH).

Reis & Irvy’s machines will arrive at nearly 1000 select locations across the United States this spring and summer.

The user interface on the robots is simple. Customers will experience a colorful and interactive 10-inch iPad touchscreen where they can place their frozen yogurt and ice cream orders, replete with a variety of flavors and toppings.

At the checkout screen, customers will have the ability to pay with cash, credit card, Apple Pay, Google Wallet or via digital currency payment. With respect to the latter, Reis & Irvy’s development and integration team devised a solution that automatically generates a QR code for customers to scan using their mobile Coinbase wallet.

This concept is the brainchild of Nick Yates, Chairman of Generation NEXT Franchise Brands. During a March 14 conversation at his corporate office in San Diego, Yates offered a few thoughts on this creative, digital currency use case in the making.

“One of my good friends was buying crypto a year or so ago, so I started paying attention to what was happening in this space. I then started doing research on my own and ended up buying some because it was pretty cheap back then.”

That’s when the mental wheels began turning for Yates, a franchisor, whose company was the first to put health food in vending machines. “I pioneered the concept in Australia and then brought it to the U.S., where we sold about 6,000 health food vending machines with natural and organic snacks and drinks.”

He says that a chance encounter with a person who created a robotic machine opened his eyes to some new possibilities. “His machines were doing pretty significant numbers. I loved the concept and I knew that this would be something special if handled the right way.” After becoming an exclusive franchisor for the product under the Reis and Irvy’s trade name, Yates came to the conclusion very quickly that it would be better for him to buy RoboFusion, the company that produced them, along with the intellectual property. Today, he says that they have presold about 1,000 vending machine units for about $40 million and will begin delivering them next month.

Relative to the integration of digital currency with these machines, Yates had this to say:

“We had been looking at as many ways that we could allow customers to pay for the product. Cash and credit and debit, obviously. Google Wallet, Apple Pay and others. But because I’m now addicted to crypto, we signed up for Coinbase and their new commerce app, My software developer who also happens to be a crypto addict starting testing all of this. Because it wasn’t really designed for a vending platform, our developer adjusted our software so that the customer can scan the QR code from their own wallet.”

He says that this Coinbase test process yielded some interesting insights about the current state of digital currency payments: “Coinbase has four cryptos that they accept so we tested those four. Bitcoin Cash and Litecoin transactions were really fast and very, very inexpensive. I think we did one Bitcoin Cash transaction and there was no fee. We did a few on Litecoin, only three cents. Ethereum, we did a transaction in the morning that confirmed in the afternoon. Bitcoin, however took a full day to transact. We did it that morning and by the evening it still hadn’t gone through.”

In terms of Coinbase, Yates says that they take all of the risk. “So the minute that transaction is done, we know that we’re getting paid, no matter what.”

Asked about how his business will handle the wild market swings in digital currency prices: “So if we are holding a lot of bitcoin or bitcoin cash, or whatever the most popular cryptocurrency ends up becoming, we’re going to have to be careful about the fees and transferring it into fiat.”

The uncertain waters of digital currency aside, Yates is jazzed about launching this exciting use case in the months ahead. “It will allow our Reis & Irvy’s franchisees to now capitalize on this new technology, generating more revenue, driving excitement and enhancing the customer experience.”