TV’s longest running show, The Simpsons, will air an episode tonight centered around blockchain. In a clip released early, the show gives their definition of cryptocurrency, as told by the cartoon version of the Big Bang Theory’s, Jim Parsons:

Although they do a good job of explaining, they also take time to throw in jokes. This panel flashes on the screen for a quick second: 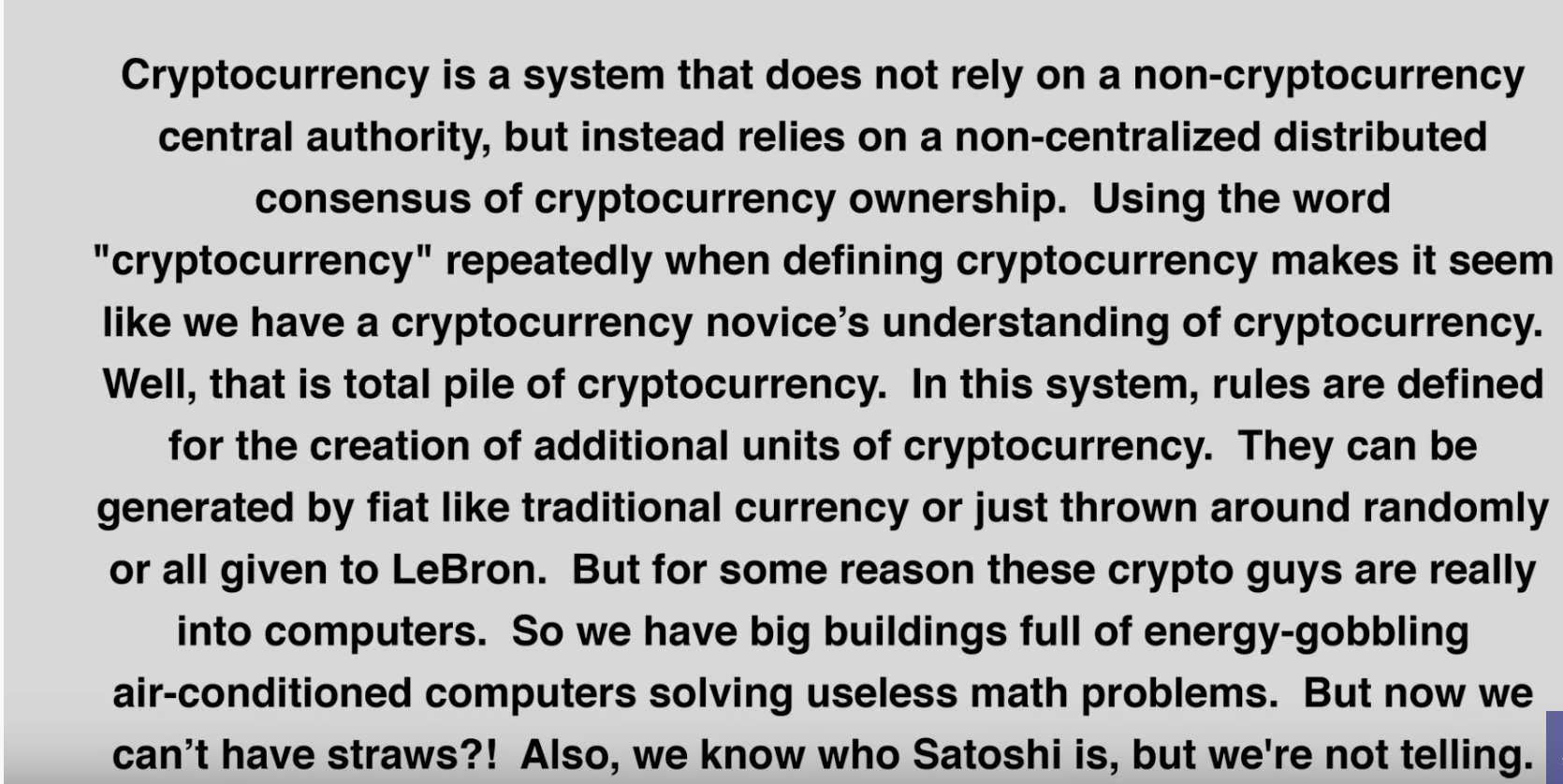