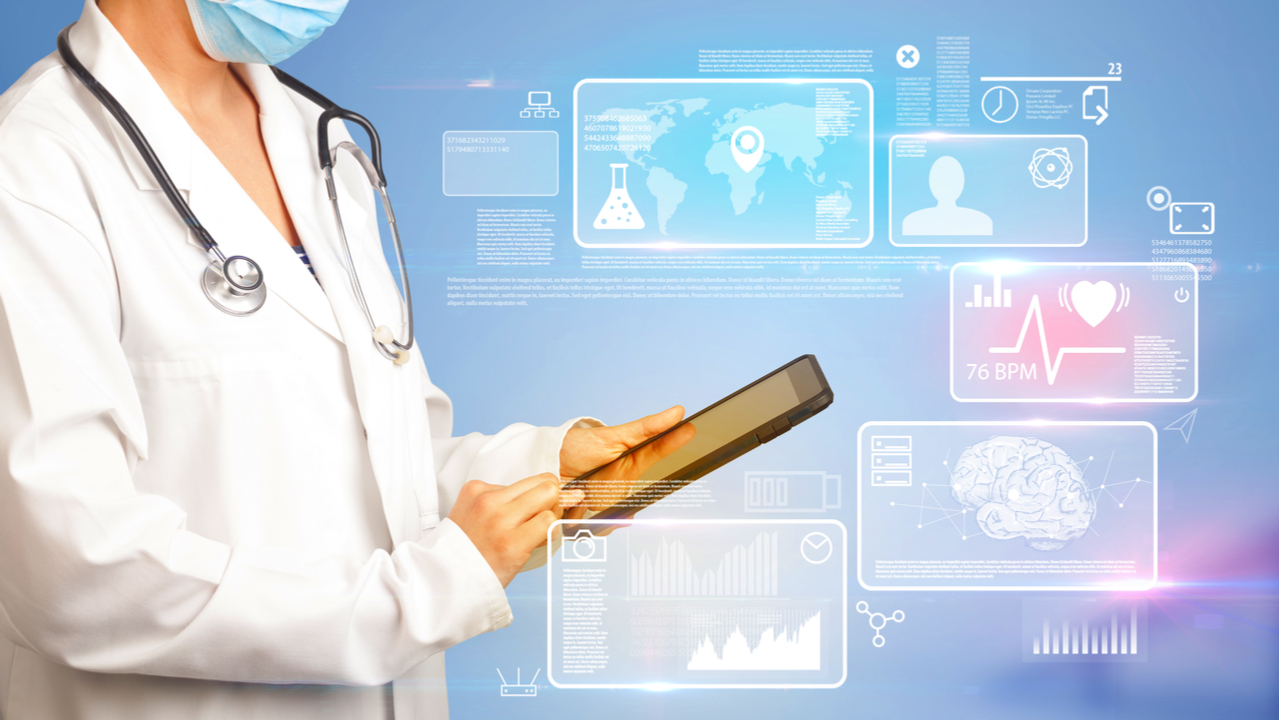 The success of the conference — and its very existence — is a testament to healthcare’s growing interest in blockchain. Which made us wonder: what is it about the healthcare industry that’s driving blockchain adoption, and where do we see the technology going?

It’s all about the data

In recent years, we’ve seen exponential growth in health data. Experts predict that the volume of data will swell to 2,314 Exabytes by 2020. If that data was stored on tablet computers stacked on top of each other, the pile would tower more than 82,000 miles high! That’s more than a third of the way to the moon!

There are a lot of challenges when it comes to the liquidity of this data — and they’ll only become greater as the data increases.

For starters, there’s a lack of interoperability. In other words, data is siloed between EMR systems that don’t talk to each other. Then there’s security: the complexity of the current system makes it a natural target for cyber attacks. Healthcare data is extremely layered, with a lot of institutions involved, and a lot of personal information at stake. That information is more valuable to fraudsters than credit card data, and it’s purchasable on the black market.

Security issues contribute to another problem: accessibility. In part because of privacy concerns, it’s almost impossible to get real-time data. Sometimes, it’s a matter of minutes — but it can take days or weeks. Many systems still rely on batch processing, which further hampers accessibility.  Costs are a problem, too. Experts estimate that up to 12 percent of healthcare spending is directed toward administrative and financial expenses.

Neil de Crescenzo, the CEO of Change Healthcare, made a strong statement during his keynote speech at Distributed: Health: “We need to think more broadly about healthcare data and apply new technology, like blockchain, to make our healthcare system operate at scale.”  When applied to healthcare, blockchain’s many attributes could deliver powerful, viable solutions to the industry’s data-related challenges, while streamlining existing processes. Those attributes include:

Blockchain is now being introduced as a core capability of an intelligent healthcare network. Recently, Change Healthcare announced that its network will adopt the Linux Foundation’s Hyperledger Fabric 1.0 — an open source framework — for blockchain application design and development.

The Change network, which processes 12 billion transactions annually annually, says it will support blockchain technology by the end of 2017. For Change, the goal is to increase payment accuracy and revenue velocity to the benefit of payers, providers, and consumers.

Neil says that Change will initially develop a private blockchain because that’s what customers are ready for. The next phase of their roadmap will develop a permissions-based blockchain, and then public blockchain. As the market matures, Neil hopes to move to a public, read/write blockchain.

As with any new technology, the adoption of blockchain comes with its own set challenges.“  This is a journey, and we’re trying to take a first step,” said de Crescenzo. “However, there are some headwinds that need to be overcome for blockchain to be truly pervasive in the industry.”

But both healthcare and blockchain leaders are confident that those issues are surmountable. The reality is that blockchain is no longer a hypothetical; it’s not something to hope for. It’s happening in healthcare — and in a lot of other spaces, too.

As long as investment, collaboration, and innovation in blockchain continue, the technology will become foundational in helping people to maintain and enhance their health, and at the end of the day, isn’t that what healthcare is supposed to be about?

There Are 14 Open Jobs For Every Blockchain Engineer
Why Cryptocurrency Exchanges Keep Getting Hacked: Are Digital Custodians the Solution?
Advertisement