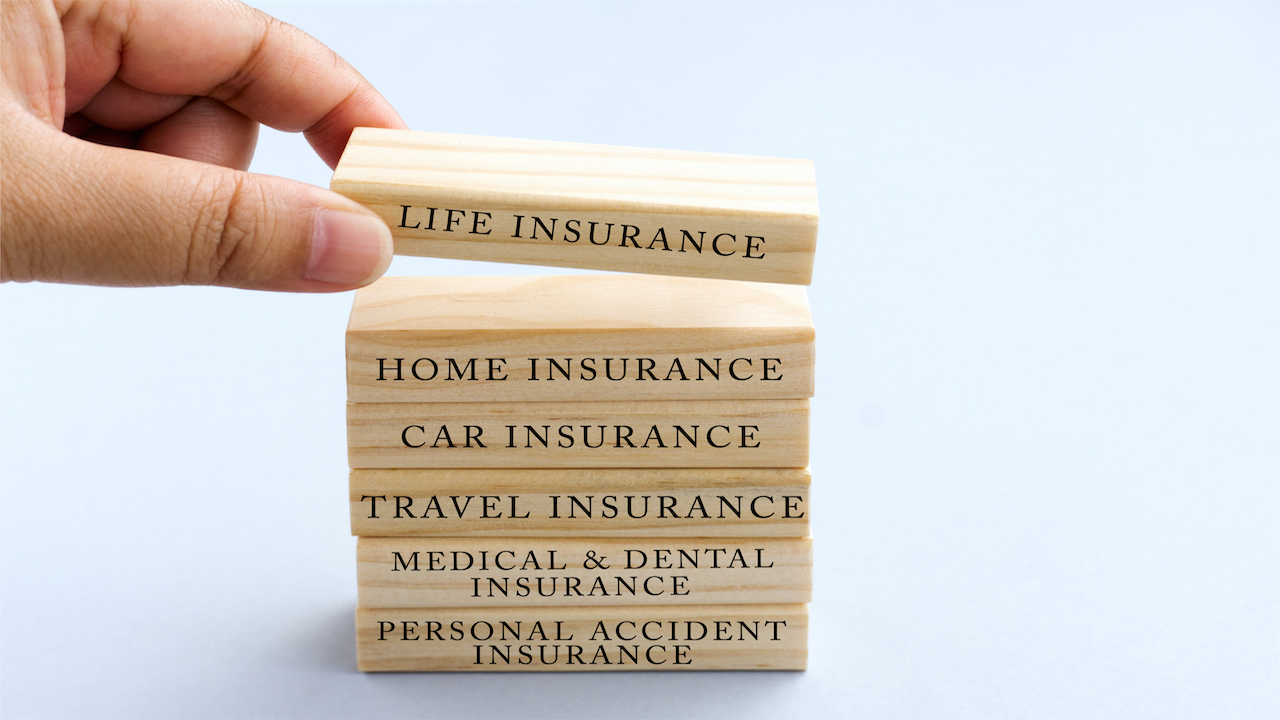 When you consider the insurance industry, you don’t immediately think about innovation and disruption. But perhaps you should. As it did with financial services, blockchain is poised to transform one of the most staid of all industries.

“The embers of innovation are beginning to char the massive $1.2 trillion underbelly of the largest industry in the world,” Kevin Wang and Ali Safavi wrote in a 2016 piece for TechCrunch. “While most startups attempting to gain traction in the insurance market fall under incremental innovation, Blockchain for insurance could be characterized as disruptive.”

In retrospect, disruptive may even be something of an understatement.

The most obvious place to begin exploring the intersection of insurance and blockchain is the smart contract. As we’ll see, insurance is ideally suited for Blockchain-based smart contracts. Think about it: with a smart contract, claims processing and payouts could become automatic.

It’s not hard to grasp, if you think about it.

“Blockchain has so many use cases for insurance. The most practical one for me is a smart contract. Looking at the ecosystem, if all parties can view the same information from a contract, in real time, the whole claims process will be simplified. This would be for almost all lines of insurance,” Stephen Goldstein of Pivot Ventures wrote in Insurance Thought Leadership.

Of course, the usual challenges of regulatory uncertainty and industry buy-in remain.

But let’s start by looking at the potential. We’ve gathered insights experts across a range of professions, including law, insurance, and technology. Despite various caveats and concerns, most are exceptionally — but cautiously — optimistic.

So, what is parametric insurance?

It uses data sources and algorithms for underwriting and claims, and it’s initiated by and paid to the policyholder based upon a set of specific parameters — hence, parametric — along with a predetermined sum that forgoes the traditional claims process.

Parametric insurance kicks in when a specific event occurs or measurable condition is met — a flight delay, an earthquake, a certain hurricane wind speed, x many days of drought, etc. That event triggers payment of an agreed-upon amount. No claims adjuster to deal with; just automatic payment.

For example, a farmer buys drought insurance. According to the contract, if the temperature tops 100 degrees for more than 100 days, he receives $10,000 payout. With a smart contract, at the end of summer, if the weather had been over 100 degrees for more than 100 days, the contract would be automatically executed and the farmer would automatically get the money. (This example comes from Brian Behlendorf, executive director of the Hyperledger Project.)

No claims process. No other documentation is required for the claim to be settled. This expedited process eliminates most intermediaries, reduces paperwork, can virtually eliminate claims investigations and, in general, increase efficiency and lower costs to the insurer.

IBM — not exactly a disinterested observer, but an expert nonetheless — points to even greater potential, when coupled with the Internet of Things:

The law firm Steptoe & Johnson recently wrote a series of blogs and a Georgetown Law Review article on parametric insurance, and they, too, sound excited. “As a result of the reduction in frictional costs, policies that were previously unprofitable because of low margins — due to the low premiums or high administration costs — could become profitable areas for new products.”

They explain that companies could profitably insure low-premium and low-payout events through no-fault parametric policies. Auto insurance payouts would be determined by sensors in cars that would assess damage to the car, driving patterns–including traffic violations — before the incident damage and various other factors. For homeowners, sensors could assess fire damage — and perhaps even the source and cause of the fire.

Other examples of parametric insurance on the Blockchain include — but are not limited to — the following:

Blockchain technology can simplify the flow of information and payments among insurers and reinsurers. When significant risks are insured by multiple insurers, blockchain technology could enable automatic data interchange among the participating companies, allowing all parties to be notified immediately and, perhaps more important, concurrently.

There’s plenty of activity happening in this space.

The Blockchain Insurance Industry Initiative (B3i) is using Blockchain technology for the administrative handling of reinsurance contracts. It’s still beta, but it anticipates up to 30 percent savings, according to a piece posted to Digital Insurance Agenda. B3i, established in October 2016 by the insurers AEGON, Allianz and Zurich, and reinsurers Munich Re and Swiss Re, now has 15 members from across the globe.

Meanwhile, iXLedger, an Ethereum-based decentralized marketplace for insurance products, is developing a platform to bring together insurers, reinsurers, and brokers, bypassing intermediaries. It’s tokenized, with participants using the IXT (IX token) to buy data and premium services. According to the company, its primary focus “is to streamline processes through an alternative marketplace where insurance companies can interact directly and more effectively to better serve customers and fuel the creation of new business opportunities.”

In September, EY and Guardtime announced a 20-week proof of concept (POC) of what they said was the world’s first Blockchain platform for the marine insurance sector. It’s slated for full implementation this year. According to EY, it will connect clients, brokers, insurers, and third parties, and capture data about identities, risk, and exposures, and integrates the data with insurance contracts.

In a statement announcing the POC, Shaun Crawford, EY Global Insurance Leader, explained how it works.

Kevinsured (Kevin, for short) is an experimental product — a chatbot, really — developed by Spanish start up Traity, in collaboration with Australian insurer Suncorp, to help protect people shopping online via community marketplaces such as Ebay. Currently Kevin insures — for free — any P2P transactions against theft, fraud, scams, etc., up to $100.

It’s free because, right now, Kevin is a pilot, according to its founders. “Our objective was to show transparency and trustworthiness in the way we handle money, we handle policies, we handle balance sheets, we limit leverage, available liquid assets, etc., and to be a project with which other businesses, insurtechs, and insurance companies can get inspired to create more trust in the value chain and financial transparency.”

We’ve already mentioned parametric auto insurance and the automotive industry is ripe for transformation; the potential is staggering. EY predicts a Blockchain to cover financing, ownership, registration, insurance, and service transactions; all those activities could be tracked together.

For example, the Toyota Research Institute (TRI) partnered with MIT’s Media Lab to use Blockchain “to foster a digital environment where users — both businesses and consumers — may securely share driving and autonomous vehicle testing data, manage ride-share and car-share transactions, and store vehicle usage information that could be used in the setting of insurance rates.”

TRI notes that by allowing sensors to collect driving data and store it on a Blockchain, vehicle owners could be eligible for discounts. Of course, the issue of sensors in cars isn’t new, and there’s always the concern that it can lead to rate increases for those unwilling to give unfettered access to their data.

Getting There From Here

We’ve only skimmed the surface of the Blockchain’s potential to transform the insurance industry. But based on what we’re reading right now, it seems inevitable.

Insurers would be wise to pay attention. In his Harvard Business Review piece, Disparte offers this warning: “For an industry that invented the concept of mutualizing and coopetition, insurance can gain enormously from the foundational technology of Blockchain. Failure to act may consign many large players to the continuing trust deficit or, worse, irrelevance.”

And it’s the very notion of collaboration that will be essential, a CB Insights report warns. “From an industry perspective, insurance companies need to align around standards and processes within Blockchain technology. While blockchain technology can provide insurers with better tools for collaborating and sharing data, the insurers themselves must be willing to work with each other.”

And, of course, legal and regulatory frameworks for insurance need to evolve. That applies to any Blockchain discussion. But as the Steptoe and Johnson post points out, this shouldn’t scare off insurers and reinsurers, whose business it is to assess risk and opportunity. “If they can accomplish that, the business opportunities presented by the Blockchain could be extraordinary.”

How Blockchain Can Build Trust and Transparency in the Food Supply Chain
Ethical Blockchain: Ford and IBM Team Up to Protect Workers
Advertisement