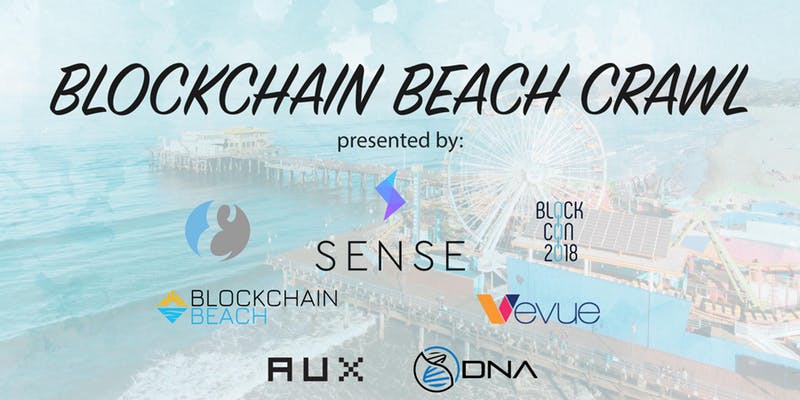 The duo will co-host the inaugural “Blockchain Beach Crawl” event on October 9 in Santa Monica.  The event will create a unique opportunity for attendees to see the products, meet the people, and experience the culture behind Los Angeles’ fastest growing industry.  Job seekers, technology enthusiasts, students, and others who are simply curious about Blockchain technology are invited to register for the event.

“The city’s blockchain technology scene has rapidly evolved over the past few years” says Blockchain Beach co-founders Evan Greenberg, John Marchesini, and Erin Pederson in a joint statement. “This group of technology companies has an incredible influence on the local community and we are thrilled to be featuring them with our partner, SENSE.”

With the Los Angeles tech scene exploding, a flourishing hub of start-ups and technology companies have hired thousands of people and attracted top talent.  Blockchain-related jobs are the second-fastest growing in today’s labor market and capital is expected to outpace talent.

“In terms of blockchain, there’s a tremendous amount of innovation emerging out of Southern California, and Santa Monica specifically,” says Crystal Rose, Co-founder and CEO of SENSE, and Sensay, a Los Angeles-based artificial intelligence (A.I.) and communications platform.  Earlier this year, SENSE announced the development of the first decentralized messenger to be built on the EOSIO blockchain.

“The ‘Blockchain Beach Crawl’ is a great way to highlight some of these innovators both locally, and to surrounding tech and business communities,” says Rose.  “We’re excited to meet new people, to network, and make connections that will grow our community even further.”

Similar in style to an open house, local companies will be opening their doors to anyone who wants to learn more about Blockchain technology.  The crawl will start at the SENSE headquarters in Santa Monica and include several additional partners, including office locations for Everipedia, DNA Fund, AUX, and Vevue:

The evening will close out at the Westside’s oldest live music venue, Harvelle’s Blues Club. The official route map and partners’ addresses will be released to the public 24 hours prior to the event.

Ticket and event information is available on the Crawl’s Eventbrite page. Blockchain Beach readers can receive 20% off using promo code “Beach20Crawl”.  Please note that tickets to BLOCKCON do not include the crawl.