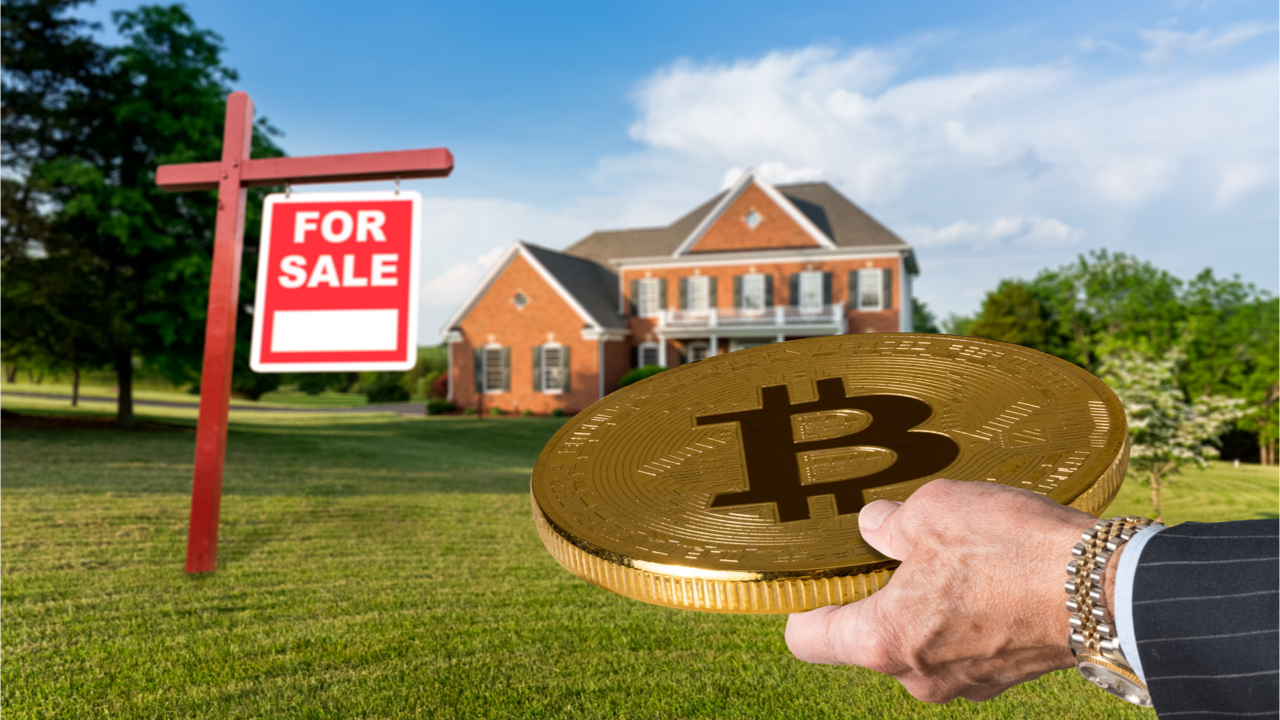 The frenzy over bitcoin continues to garner worldwide media attention. The 2017 crypto boom followed by its precipitous fall in early 2018 has taken both veteran speculators as well as new entrants on a wild ride.

Despite the often chaotic nature of this space, bitcoin and its underlying Blockchain technology are making inroads into new industries. One market where crypto’s use case is picking up steam is in real estate, an industry that’s no stranger to volatile booms and busts.

At the UCLA Blockchain Lab’s Cyber Days conference earlier in February, Blockchain Beach spoke exclusively with Piper Moretti. She is the CEO of The Crypto Realty Group, a Los Angeles-based firm specializing in real estate transactions utilizing crypto currency. A licensed realtor, Moretti was involved in the first Bitcoin real estate transaction in Southern California and has since completed several others. Moretti shared a few thoughts on what prompted the launch of her company and what the future holds for crypto based real estate sales.

BB: Take us back to the beginning of Crypto Realty Group

PM: It started a little over a year and a half ago when some prospective buyers randomly found me online. I’d been a realtor for almost three years, and was still relatively new at it. So one weekend these buyers asked if I would take them to look at a house in Manhattan Beach. We really hit it off. As we looked at a few homes they said, ‘oh, and by the way, we’re going to buy in bitcoin.’ That certainly got my attention.

BB: What started running through your mind when you heard this?

PM: Honestly, I had heard about bitcoin at that point. I remember hearing about it when it first came out and kind of looked into it a little bit. But because it had some negative connotations in addition to being highly volatile, I thought ‘oh, no. That’s not something I want to be in.’

PM: I just let it go for a few years until these potential buyers found me. They had a lot of bitcoin, did business and even paid each other in it. Eventually they found a $3.2 million dollar house that they wanted to purchase in all cash and bitcoin and we just made it happen.

BB: I’m sure there are a number of real estate agents dying to now know how you pulled this off.

PM: As the story goes there had been only one other bitcoin transaction in California that I know of at the time and that was a few years ago in Lake Tahoe. So I’m working backwards and have no idea where to start. I’m just Googling like crazy.

BB: Can you elaborate more?

PM: We found out that BitPay was involved in that transaction so got in touch with them. I just did searches like crazy on LinkedIn. I also discovered the International Blockchain Real Estate Association and reached out to see how they might be able to help. Just anything I could get my hands on.

BB: What happened next?

PM: Well it didn’t help that the sellers direct agent was dead set against utilizing bitcoin from day one. So it was me calming his nerves almost every day telling him that this was for real and convincing him that we’re not out to scam anyone.

BB: Please walk us through your process

PM: So, showing proof of funds was the first hurdle. The second hurdle was now that we had proof of funds, how was the transfer of these funds going to take place. In other words, how is BitPay who we selected as the processor going to make this happen.

PM: Fortunately, the seller was young and hip enough to go, “oh yea, I can just open a BitPay account and everything will be fine.” So she did and that’s how we transferred the funds.

BB: Sounds like the path was clear from there?

PM: Well, not exactly. Seven days before we were supposed to close the escrow lawyers got a hold of it and said “ no, we’re out, we’re not going to touch this. We’re not going to close for you. We’re done.” So we had to scramble and find another escrow company that could do this in seven days.

BB: What more could happen?

PM: Well, there’s more. While we were trying to get all of our ducks in a row, bitcoin surged and my client decides to purchase a Lamborghini with some of the extra money he made in bitcoin. That’s when I thought, “OMG, send me the sales receipt” Since it was a lambo dealership down in Orange County that accepts bitcoin through BitPay. I thought, “please send me any documentation you can.”

PM: So here’s the good news. When he bought the lambo he provided me with the documentation of that transaction. So I was able to prove that, yes, this is not crazy internet nerd money. This is the real deal because he just purchased a $250,000 car with it. Now we can buy this house. So that helped tremendously in terms of getting this deal through.

BB: So how did all of this eventually turn into the Crypto Realty Group?

PM: We went on to do three more transactions yet I wasn’t even thinking about starting a company doing these. It was kinda like just this novelty thing I was doing along with my other traditional real estate practice. Then a colleague of mine said: “look, you have a thing here. You should start a company and focus on this.” I’m like, really?

BB: What then was your first step?

PM: I started going to Blockchain events, meeting people in the space and their eyes got so big. When I told them that I had done four transactions already, they were like OMG, are you kidding me? So that’s how it started. I started a LLC and its kinda taken off from there. That was last summer.

BB: And the interest level?

PM: There are a ton of agents they want more information because there’s not a lot out there in terms of these types of transactions. And I’m personally hearing from buyers and sellers all over the world. There’s often a lot of talk before something actually happens but I’m more than happy to consult, especially if there are a lot of traditional real estate agents that just don’t want to go with this. I’m happy to step in and do a consultation.

BB: So what do you believe is next in terms of this intersection between Blockchain and real estate?

PM: I believe that what we’ll see in the future is end to end transactions on the Blockchain, involving payment gateways, service providers, e-signature contracts, all that stuff. There will be a time when all of this stuff is positioned on the Blockchain so that prospective buyers can just log in and purchase a house. And without a 30-45 day escrow period, it may only take a couple of days for it to get verified.

BB: Your thoughts on Blockchain’s utility in simplifying the overall home buying process?

PM: There seems to be a disclosure for everything and each transaction is different. I always seem to have a mound of paperwork that’s at least two inches thick for every transaction because every little thing needs to be disclosed. Hopefully all this can eventually become automated to the point to where you can just type in the rules for a real estate transaction.

BB: What effect could blackchain’s advancement in this space eventually have on real estate agents?

PM: A colleague of mine doesn’t believe that real estate jobs are going to go away when Blockchain comes into the fold. Rather, he believes that our roles are going to change. We’re going to become more like project managers instead of the actual boots on the ground real estate agents, which I’m totally fine with.

Do You Know the Difference Between Blockchain and Crypto?
Can Blockchain Technology Solve Today’s Ailing Medical Payment Model (Q&A)?
Advertisement