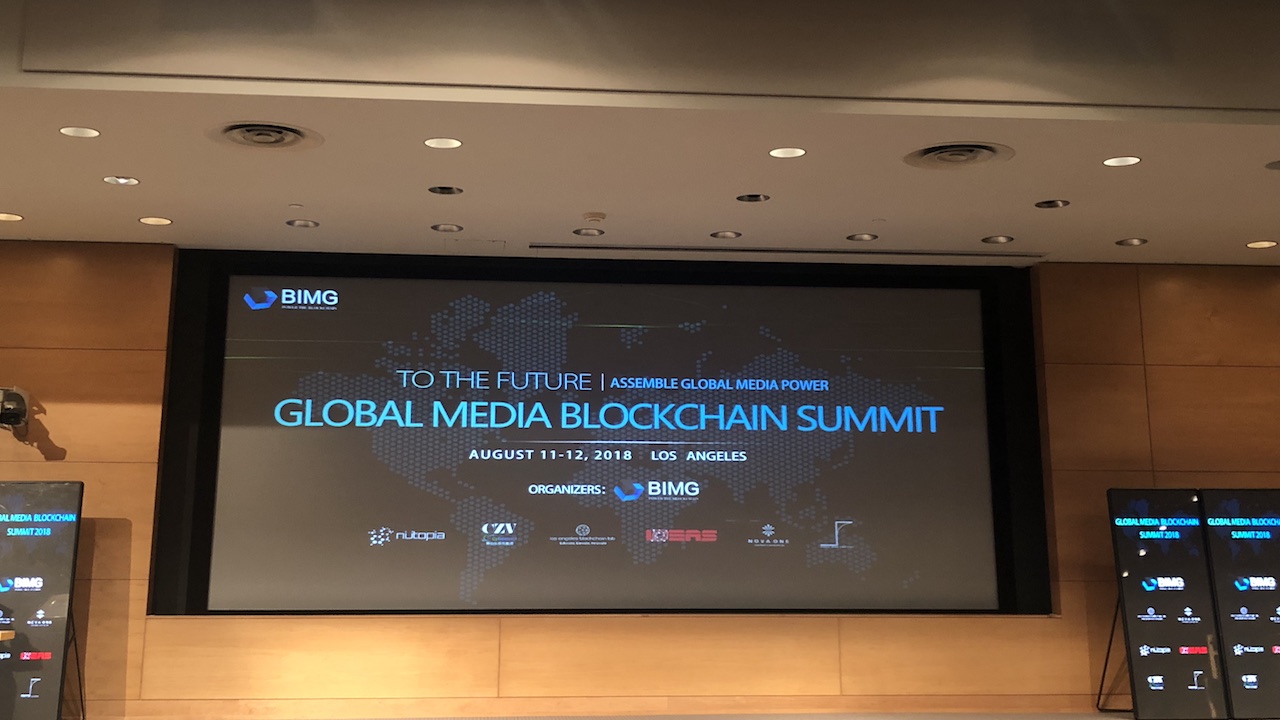 Welcome back for our Day 2 recap of the Global Media Blockchain Summit. If you missed our coverage from Day 1, check it out here!

The first panel of the day was Blockchain’s Influence on the Development of Culture and Media:

Blockchain culture and media panel @G25T2 Summit Day 2. @petershiao Chairman, Orb Media Group says “the first problem with Hollywood is the lack of growth…with a very embedded ecosystem…these guys don’t want to change. They should be innovating themselves out of a job.” #g25t pic.twitter.com/LksiUCphDL

It was great to hear how Blockchains are becoming more scalable for the companies using them in this industry:

“Blockchain adoption is about value creation. @lucidity_tech uses Proof of Stake & is one of the few companies in the world to have implemented (Ethereum) Plasma. Blockchain is bringing the promise of digital to fruition & adoption will be extremely fast.” -Sam Goldberg #g25t pic.twitter.com/kFJSz3aCHO

Next up was a panel on the top investment opportunities in Blockchain:

Steve Kim from Alpha Labs was not sure if Wall Street wants to invest in individual projects:

"Wall Street (ICE, etc) is investing in exchanges. They're trying to play a game they can't lose. (Like a casino) they just want to be the house and control everything." – S. Kim, Alpha Labs #g25t

But Richard Li had some encouraging statistics:

"Yes, adoption is 8% now, but 50% of people in the US think that digital currencies will eventually replace credit cards" – R. Lee, Qingliu Zhiku #g25t

While Sam Yang was the most optimistic on the overall market:

"I think the Bitcoin price decrease has been a good sign. When price is going higher, people have less time to think and learn. We have needed this break." – S. Wang @NewDoVenture #g25t

The following panel focused on Blockchain solutions in Healthcare and Food Safety:

"Counterfeit drugs are a huge area in healthcare… Blockchain can bring trust, transparency, and access that can bring safety to the greater population." – @RIyengar13 #g25t

And some are seeing major progress in the space, even from a few months ago:

"I have seen a big shift in the past six months from having to build a Blockchain from scratch and being able to partner with those who have working Blockchains already built." – @healiolife #g25t

"I was at an event with @VitalikButerin and he thinks that really good use cases will bring sanity to the space… It's about creating sustainable businesses, not just fundraising and quick wins. In Healthcare, that's supply chain, identity, and billing." – @RIyengar13 #g25t

The event starts to wind down with a fireside chat:

Noah Kindler, Co-Founder of Nutopia, had a great reminder about disruption and how you have to think about new frameworks:

"When people think about disruption, they think that there will be small changes to current processes. What you really find, is an entirely new way of doing things." – N. Kindler @NutopiaB g25t

And Heidi Pease reminded us why many of us are here!

"You said it so beautifully, the possibility of Blockchain is empowerment back to the user and that's why a lot of us are here." – @heidi_pease @LABlockchainLab #g25t

The conference closed with a keynote from Rahilla Zafar, Managing Director of Consensys:

She noted that there are over 1,000 employees at Consensys and they are focused on long term projects:

She updated the crowd on advancements in smart cities using Blockchains:

"Smart cities have evolved from just having sensors at stop lights to having token based reward systems (example: earn tokens for staying home during high traffic times)" – @rahilla @ConsenSys #g25t

And was generally optimistic on the future of Ethereum and other protocols:

That’s a wrap and we’re looking forward to the next event from LA Blockchain Lab and their partners! If you missed our recap of part one, you can find it by clicking this link!