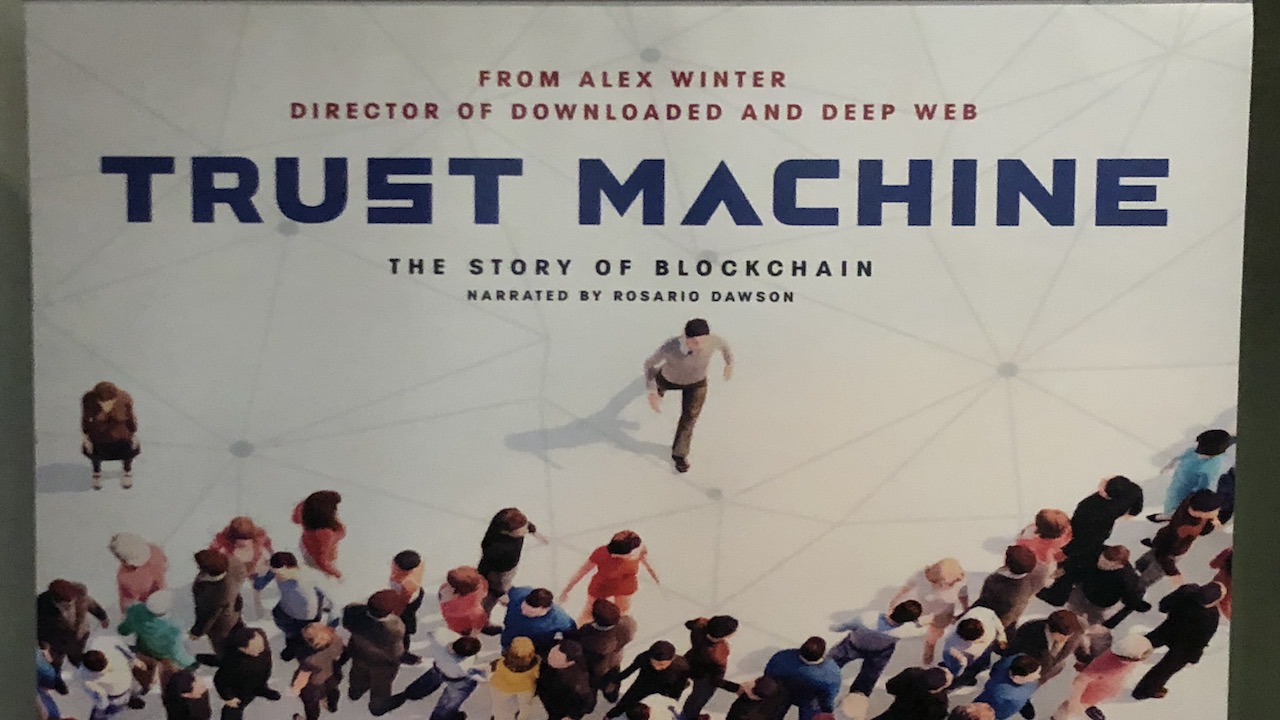 Trust Machine: The Story of Blockchain, a documentary about the Blockchain and Digital Currency movement from Bitcoin’s inception to early 2018, made its West Coast Premiere on Friday at the Laemmle Theater in Santa Monica. The film was introduced by Director Alex Winter and Narrator Rosario Dawson. 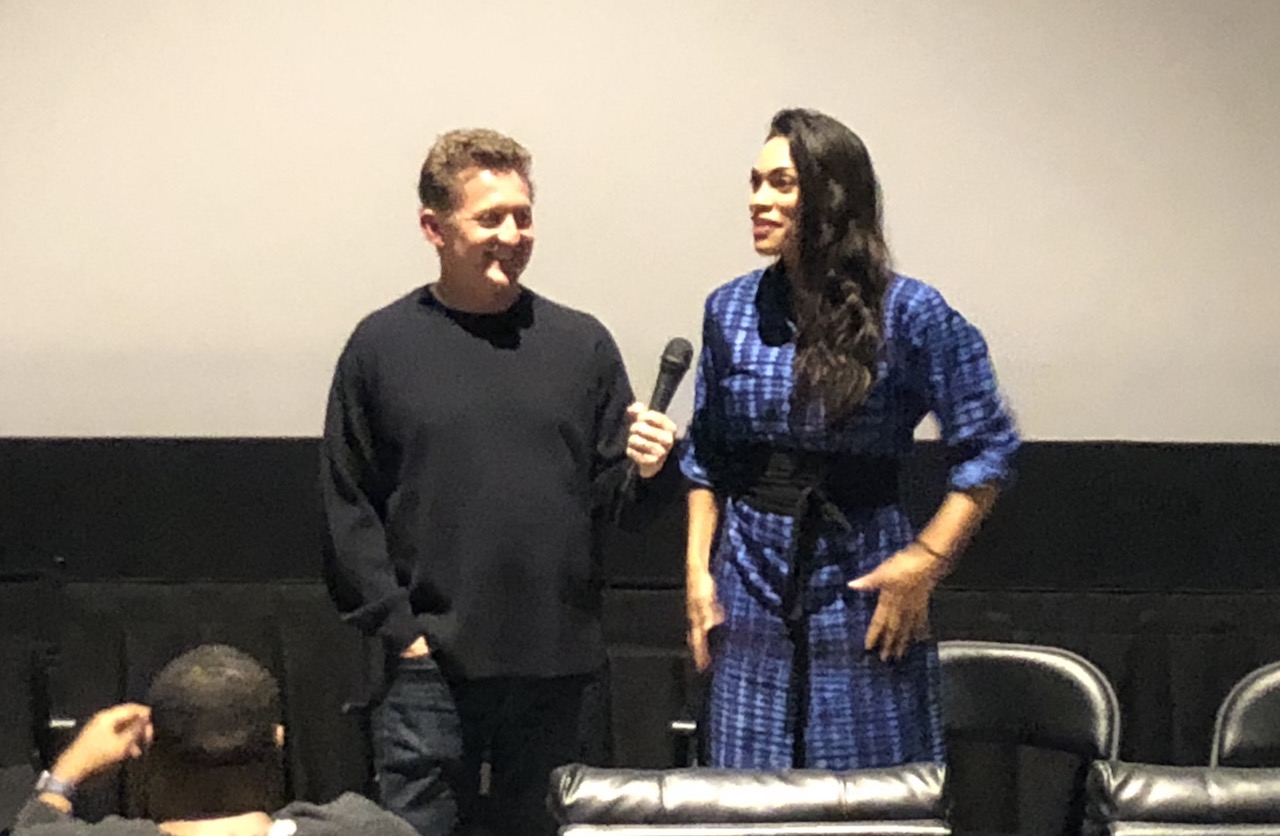 Produced by SingularDTV and Futurism, with a runtime of 84 minutes, the film does well to balance technical explanations, cultural issues, media commentary, and human interest stories. One story that may be unfamiliar to even the most well-versed on Blockchain, is the story of Lauri Love, a British hacker fighting against US extradition for an alleged data breaches of US government websites.

In a Q&A after the film, Winter stated that “It’s really important for me to show all sides of the debate” and “You could make 90 movies about Bitcoin and Blockchain, but I wanted to just put a terrarium over this point in time.”

Talking with Blockchain Beach after the film, Dawson said that what got her involved with the film and what she loves about this space is that “We are becoming a global world, which is unprecedented in our human history. Technology is connecting us in a different way… Blockchain, specifically, will formalize that human to human interaction.” She added that Blockchain is “democratizing the world, in real time.”

Dawson also has a voting organization she co-founded, VotoLatino, so she mentioned that the topic of Blockchain “has come up often in a lot of conversations in my circles” and how Blockchain can “start making it possible for people to track their votes” — something top of mind with the vote counting situations that have occurred in the Georgia and Florida midterm elections. 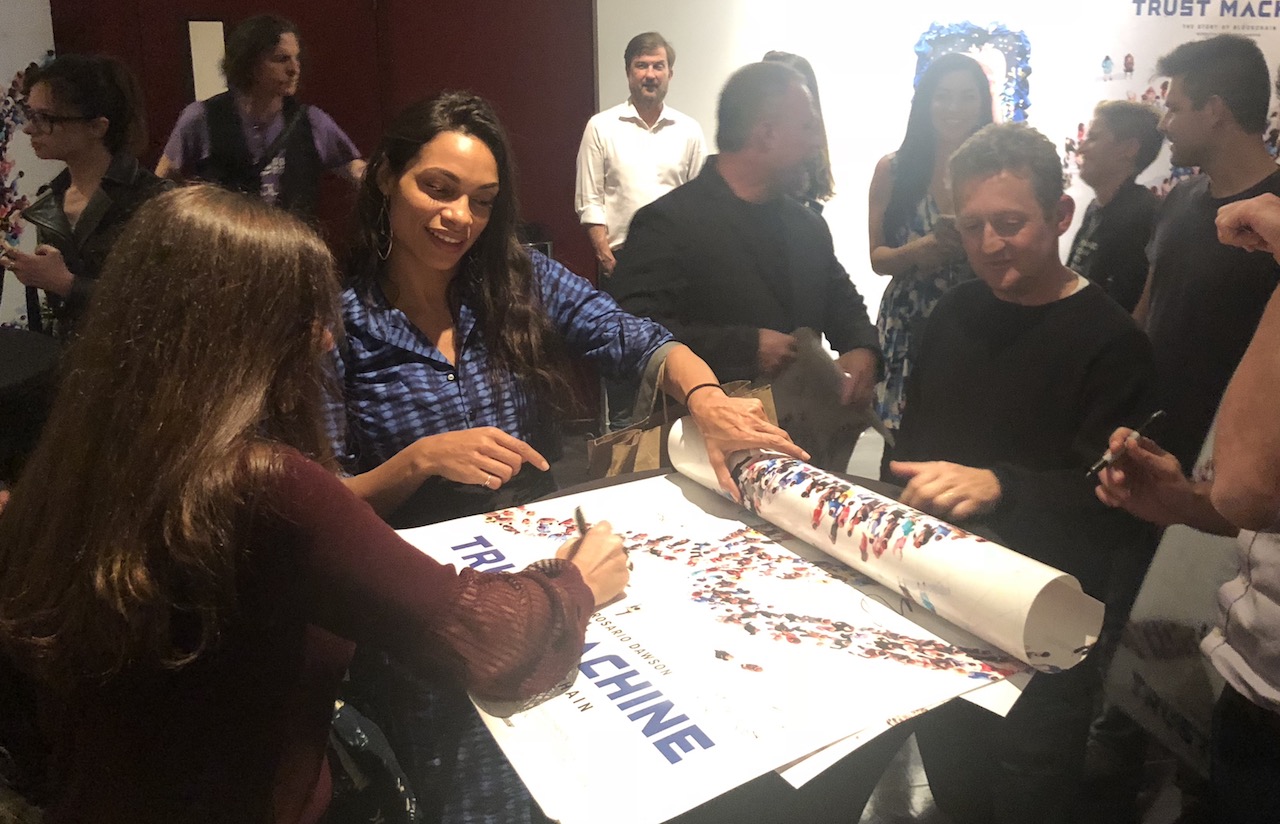