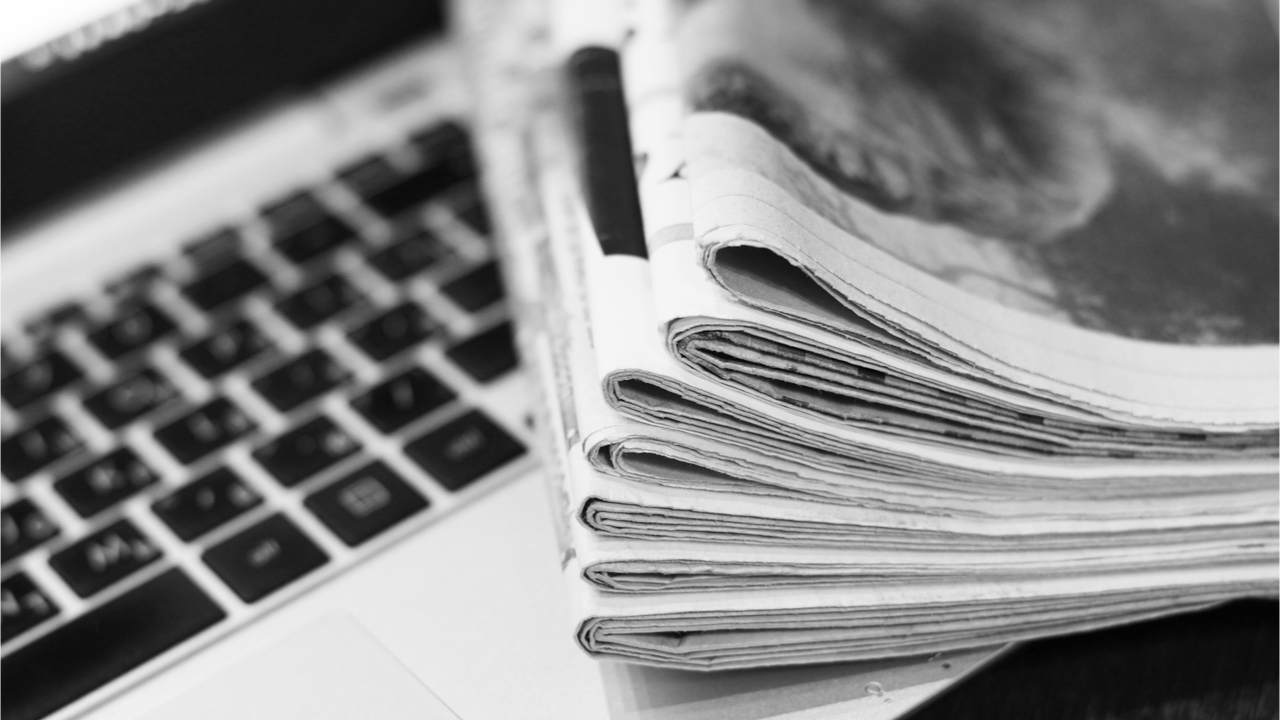 The digital era has utterly changed the way readers interact with the news.  Traditional news outlets struggle to remain relevant as the media sector’s influence is refocused online.

Journalism in the U.S. faces a number of challenges that blockchain technology has the potential to address and possibly solve — if the technology actually can achieve what it promises.

2018 itself has seen journalism move into uncharted waters as the industry comes up against issues, stemming from the continued digital migration of news organizations.

Most publications have become a step removed from their audience, because now new outlets rely heavily on intermediaries and aggregators (i.e. Google and Facebook) to funnel readers to their sites.

Although the landscape for online business is improving, Google and Facebook still capture the majority of online ad revenue.

This fundamental change in the revenue model for news has translated into a significant decline in ad revenue for publications, which spells trouble for working journalists.

Most of us became aware of blockchain technology through Bitcoin – a cryptocurrency that has dominated headlines in recent years.

Although the transactional benefits of cryptocurrencies are undeniably exciting, blockchain technology is capable of much more.

Blockchain uses a decentralized network to authenticate transactions and record them on a shared public ledger.

Each set of transaction entries represents a block in the chain. This system allows for secure record-keeping without relying on a central authority to govern the transactions.

But what does this have to do with journalism?

Larger operations have opted to put either some or all content behind paywalls — this works for industry giants like The New York Times and The Washington Post, but the vast majority of publications do not command enough market space to justify a paywall.

Most online news publications depend entirely on advertisements and donations for revenue, but there’s a mythic third option that many computer scientists have been pursuing for quite some time.

Implementing micropayments for digital content is not a new concept.

Influential technologist Jaron Lanier has advocated for micropayments as a wealth redistribution tool for many years.

Despite academic support for the wide implementation of micropayments, the U.S. has been slow to show any enthusiasm for adopting micropayments as a way to monetize digital news.

Now, micropayments have a new chance to shake things up.

Because blockchain functions as a platform to facilitate peer-to-peer transactions, there are a few news organizations that believe blockchain technology finally will enable micropayments to be widely adopted in the U.S.

Civil Media is creating a digital economy that will facilitate a micropayment system, connecting readers directly with news organizations. On Sept. 18, Civil Media launched CVL Tokens – a new cryptocurrency to be used for transactions in their new digital ecosystem.

The startup’s ideas already have gained traction with industry leaders. Recently, The Associated Press signed on with Civil Media to create a licensing partnership that will see AP content in Civil’s newsrooms.

Civil’s digital economy is based on Ethereum, the world’s second most popular cryptocurrency.  Ethereum’s tokens (called ether) can be used to facilitate a wide range of transactions, called smart contracts.

Ethereum is a special ingredient that Civil Media is banking on to make micropayments work.

New publications have sprung up in support of Civil Media’s ambitious goal.

Maria Bustillos is the journalist behind Popula, and she believes that blockchain will save journalism’s future.

“Decentralization — keeping important information verifiable, and permanently stored across a whole lot of independently-controlled computers — is central to all our work for the future of journalism on the blockchain-based Civil publishing platform,” Bustillos writes, in a recent blog post. “The Civil token (CVL) will allow all of us — all our writers and readers — to participate fully in protecting the continued integrity of our journalism.”

Although the company received substantial support from around 3,000 investors, the ICO did not meet the $8 million fundraising minimum, and Civil returned the initial investments.

Like many fledgling technologies, the concept suffered from its own complexity.

Blockchain’s ability to monetize reader engagement through decentralized transactions has the capacity to transform digital journalism, but the concept must be simplified before mainstream markets are likely to catch on.

With any luck, Civil’s unsuccessful token sale represents the first step on the road toward making digital journalism more profitable, so the global news industry can continue to evolve and grow.

Originally published at Beyond Bylines on October 4, 2018.

5 Ways Blockchain Will Transform the Gaming Industry
Will the ATM Follow the Path of the Pay Phone?
Advertisement