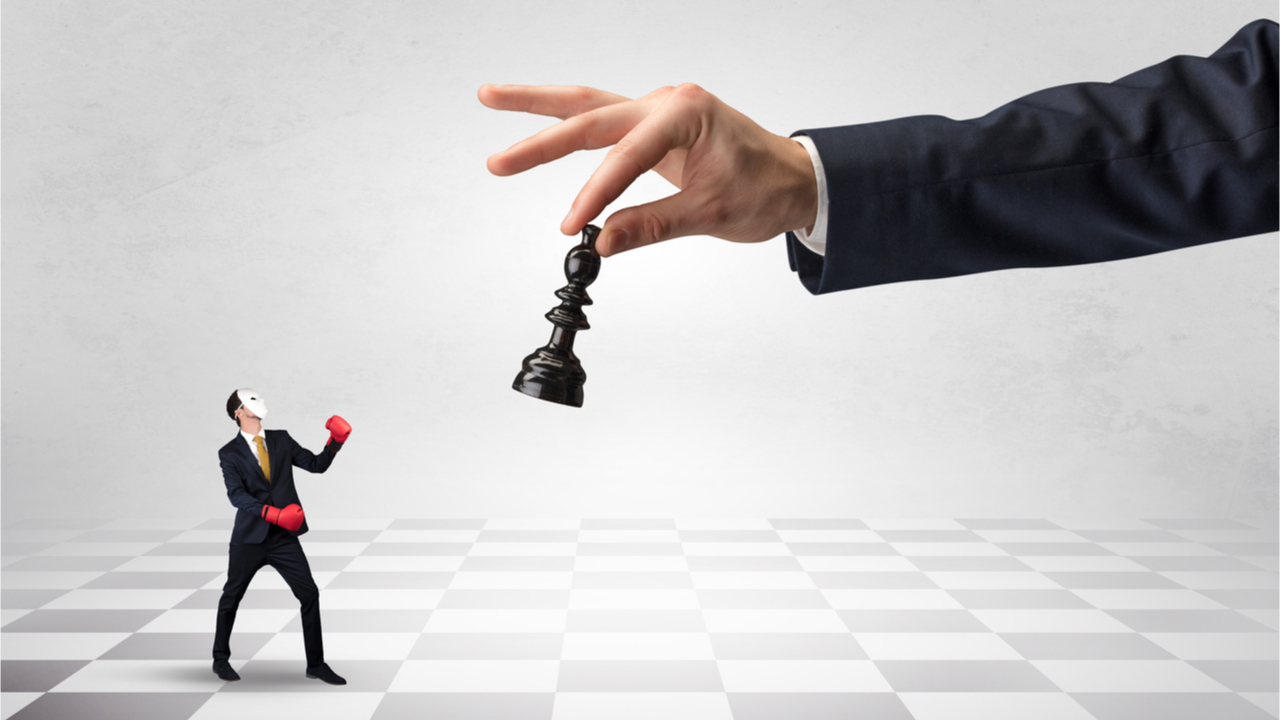 As global awareness of digital currencies emerges, the character of the space is shifting — away from the initial spirit of the cypher-punk and crypto-anarchist, to one more mainstream, less idealistic, more practical, and compliant.

This progression is what it needs to be, and the Crypto community must embrace the new, the ignorant, the dissident. As proponents of Crypto, thought leaders in the space, technologists and pioneers, it is our responsibility to fulfill Friedrich Schiller’s imperative:

(Be embraced, you millions!) because it is utterly important that Crypto find its way to planetary-wide adoption. To understand why, we must first understand what Crypto is and the implications of the technology.

The bedrock of civilization lies in the notion of exchange — that when a man grows more potatoes than he can eat, he can trade them for the shoes another man has cultivated the skills to make. The trade is based on the dynamics of supply and demand at the time, the reification of an abstraction we’ve come to know as money

Throughout history, empires have flourished and fallen, not as a function of their military might, the sophistication of their rhetoric, or the ability of their demagogues to please their constituencies, but of their ability to manage their finances:

Satoshi Nakamoto’s gift to humanity is, in essence, the power to shift power

…by which I mean that the governance structures developed and maintained across millennia have relied on their control of the money, and today, for the first time in history, humanity has an alternative: a form of money not issued or controlled by monarch or dictator, but by a machine (those that would argue that gold preceded bitcoin take note: the supplies and mining of gold and other precious metals have always been a matter of state concern and have never been free of control).

For money is power, as the famous Frankfurt Jew of the 19th century, Mayer Amschel Rothschild once cleverly remarked:
“Permit me to issue and control the money of a nation, and I care not who makes its laws!”

But in the same way that copyleft denies a copyright on content, Bitcoin denies governments the ability to control the money.

Today the US Securities and Exchange Commission wants to make the argument that tokens are securities (a claim that will ultimately need to be tested in court, and which cannot but fail for digital currencies are ultimately messaging systems and therefore protected under the First Amendment, a point Beautyon makes well in his article).

Why? Because capital formation outside of their control poses an existential risk to governance, and because it has become patently clear that this new mechanism works well and is on course to replace Wall Street as it has Sand Hill Road.

Capital is the blood of society, the juice that excites economic activity, the liquid that greases the wheels of innovation and development, the nectar of wealth and prosperity.

Today a new form of initial currency offering (ICO), the so-called Security Token Offering (STO), is being propounded, which is said to have great potential for adoption, though it is relevant only to US fundraising

Proponents (mostly lawyers) and promoters of this scheme, like Overstock’s tZERO, cite a number of benefits to raising capital in this manner, but as Kyle Samani cleverly pointed out in his article:

“Moving securities onto a blockchain, while better than legacy systems in terms of settlement times and custodianship, doesn’t change anything about the nature of the security itself.”

In this essay I would like to address some of the claims I’ve come across:

STOs allow companies to raise funds in a regulated manner

This is true, and we already have a fully regulated mechanism that issuers of ICOs have chosen to avoid. So given that companies can legally raise funds without the burden of compliance, how is voluntarily complying a benefit?

Security tokens provide investors with rights over assets, profit or revenue in a company

So does equity — for all that’s worth. But token investors don’t care about such things. What they care about is a token economics model that creates demand on a limited supply.

To expound a little, the old model of investment was based on the notion of the dividend. A company would produce profits and shareholders had a legal right to some distribution. But this is 19th century thinking.

In the 20th century investors abandoned the dividend as a motivator, chasing instead the P/E multiplier id est revenues became the sine qua non of investment criteria. And given the current state of affairs in modern finance, where companies are run chronically leveraged to the hilt, the book value of a share, which grants the holder some right over company assets, is risibly worthless (debtors get higher priority).

And rights over profits or revenue? There are none. Management gets to make that decision. The shareholder has no recourse. If a security token is a security, then the greatest protection it could offer is that granted to securities. Rights that are only meaningful within the context of a US court, where legal representation (which costs significant sums) may or may not be of any value whatsoever.

Token investors are under no illusion that equity is worth owning, which is why they buy tokens. The token offers an alternative investment model, one that eschews courts and regulation and the charlatanry of it all. This is what the crypto world buys into. And of course, part of that model is anonymous ownership, which disappears with security tokens.

To close, what are such rights worth to the crypto investor who owns anonymously and would have to reveal his identity to litigate in a US court? Exactly zilch.

The process is cheaper to execute

That’s a ludicrous statement. One of the primary reasons for early adoption of ICOs was the cost and complexity of IPOs. STOs carry the same burdens as IPOs because, frankly, it is costly to comply with regulation.

They do, if you issue them in a litigious and unfriendly jurisdiction where you may be held hostage at any point. The simple retort here is: issue them elsewhere. Malta, Singapore, Gibraltar. There are many jurisdictions where the issuer need not worry.

Right, in the same way they’re protected within the existing (utterly corrupt) capital markets where the Federal Reserve manipulates interest rates, large banks collude to fix LIBOR prices, et cetera. That’s a laugh. The bottom line here is that regulation doesn’t protect anyone. It (sometimes) penalizes a few participants, but that does not equate to protection.

Certain parties can be blacklisted from trading these tokens

Seriously, that’s a benefit? Perhaps in the world of regulators, compliance officers, and people accustomed to applying handcuffs on others, but to the rest of the world (and particularly the Crypto community), it’s unconditional freedom that is valued. It’s the whole reason Bitcoin was invented.

STOs will improve liquidity within Crypto

The market for security tokens consists of American accredited investors. This is a considerably smaller pool than that of Crypto investors, albeit better capitalized. However, it’s not the entire pool, for the great majority of these investors do not understand Crypto and would never (at present) get involved — their wealth is tied up in oil wells, real estate, manufacturing, etc. Additionaly, because security tokens behave like securities, they have considerably longer lockups than regular tokens, commesurate with equity investments, but which for Crypto investors will seem like an eternity.

Finally, the argument that it creates greater liquidity is exactly backwards: when an investor is finally able to unload his position, he cannot sell his tokens to just anyone, the tokens have to be sold to an accredited investor. This is clearly not a path to greater liquidity.

I once worked for the Trust Company of the West, an LA fund manager owned by the French bank Société Générale. I was then suffered to watch compliance videos each year explaining in great detail the bizarre circumstances under which I was allowed or disallowed to enter into a transaction. The Chief Compliance Officer there used to often repeat that the company sought to engender “a culture of compliance.”

To me the notion was both sad and revolting — that people should have to bow their heads as a condition to earn a living. That corporations are forced by their governments to inculcate in their employees a mantra of obeisance. Not the ideals of Nakamoto or Crypto, for sure. Not freedom but serfdom.

STOs represent the capitulation of the crypto community to government control, a betrayal of the ideals of Nakamoto.

The STO is a statement that we failed, succumbed to the existing power structure, and that we did so willingly (because we didn’t have to).

But it’s a sham failure because we have not yet lost. More sadly, it’s one that applies only to America. For the rest of the world will move forward whilst the US gets left behind.

Editors note: If you enjoyed this article, you may enjoy another of our opinion pieces: “Who Killed the ICO“.