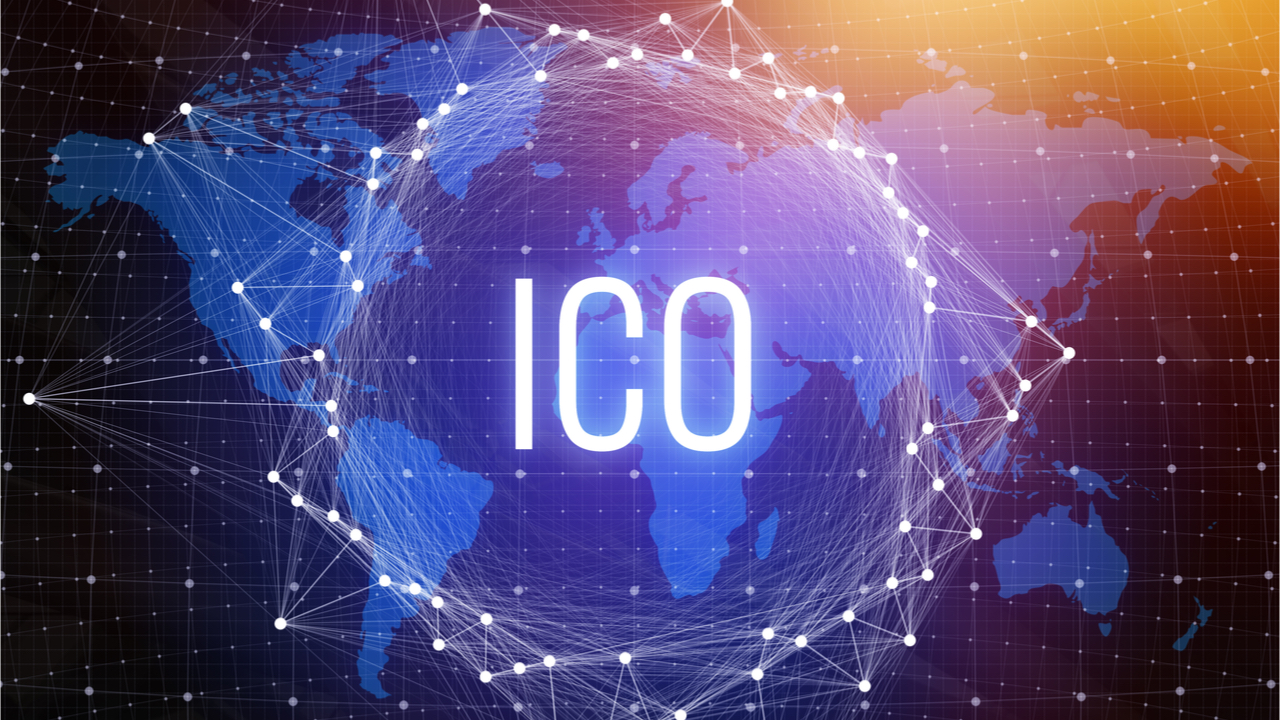 In his novel, Snow Crash, Neal Stephenson, paints the picture of a dystopian future in which the line between public and private has been entirely removed giving rise to “Franchises”. Franchises are both privatized nation-states and corporations imbued with governmental powers. These Franchises, like Mr. Lee’s Greater Hong Kong and the CIC (the for-profit organization that evolved from the CIA’s merger with the Library of Congress), rule the land, having supplanted the nation-state as we know it.

We are not far removed from this future. I believe that very soon we will see the complete destruction of the line that once separated public from private. Global corporations like the tech giants Facebook, Amazon, Microsoft, Google and Apple (collectively, FAMGA), have already begun to evolve into Franchises, or supranational economies. Ultimately these Franchises will issue their own currencies, thus increasing their share and control of the global political economy.

Blockchain, the technology that many believe will lead us to a golden age of decentralization, will potentially be the tool used to drive further consolidation.

The Blurred Line: What is Private? What is Public?

The privatization of government institutions has been on the rise for decades.

In countries like Russia and China, the elite political class control both major corporations and government institutions. China’s state-owned enterprises, or SEOs, employ 40 million individuals including ten million Chinese Communist Party members. These entities account for over 60% of China’s outbound investment. It is no secret that Russia’s oligarchs control both the government and the economy through their own form of chrony-capitalism, but now they also hold large investments in major US-corporations. On a smaller scale, private city-states like Singapore, operate more like corporations than nations and have done so for decades.

But one need not look overseas to find the trend towards privatization. This has been on the rise in the United States as well. Revolving door policies allow members of key governmental institutions to freely move between the private and public sectors. Supreme Court cases like Citizens United have enabled and exacerbated corporate interference in government affairs.

History is littered with warnings of this trend (see Manufacturing Consent or Eisenhower’s “Military Industrial Complex”), but the trend is accelerating and producing new iterations.

In Saudi Arabia, the Crown Prince Mohammed bin Salman recently unveiled plans to build a new city, NEOM, which will operate independently from the “existing governmental framework”. Here in the US, Bill Gates invested $80 million to build a private smart-city in Arizona. In the wake of Hurricane Maria, Elon Musk is negotiating with Puerto Rican officials for Tesla to rebuild the US territory’s power grid. Finally, a number of cities vying for Amazon’s HQ2 have offered the company decision making power over the spending of its tax revenue.

What was once public domain: the creation and operation of cities and key utilities, now belongs to private individuals and institutions.

Over the last decade, the reorganization of the private sector has been defined by the growth of tech giants Facebook, Amazon, Microsoft, Google, and Apple (FAMGA) from applications (ie: Amazon books, Facebook profiles, and Google search) to platforms. The internet was initially hailed as a catalyst for decentralization; however, the last ten years have been defined by the centralization of wealth and power into a handful of these platforms.

Since the mid-2000s, there has been a corporate land grab or “platform war” as Executive Chairman of Alphabet Inc, Eric Schmidt, once described it. Multi-national tech giants have been acquiring as many companies as quickly as possible. Google alone holds investments in 25 unicorns (companies valued over $1 billion), according to a June 2017 CBI Insights report. In the past, creative destruction from new innovations would dethrone incumbent corporate giants, but today the incumbents simply acquire would-be competitors — “If you can’t beat ‘em, buy ‘em.” 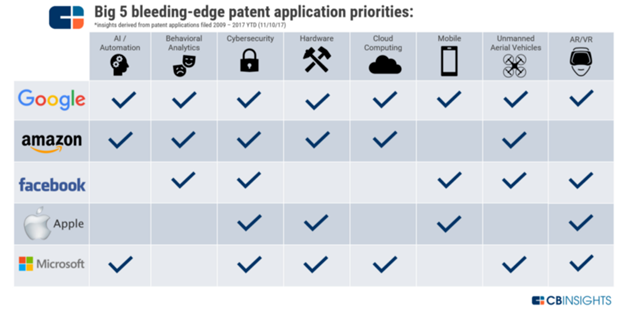 These entities have grown so large, diversified, and powerful that “platform” is no longer a suitable term to describe them. They have evolved into something more like Stephenson’s Franchises — supranational economies with little need for the institutions of the host countries within which they operate.

Every economy in its simplest form is a network of exchange and within an economy the medium of exchange is its currency. As it stands, FAMGA and other tech giants, remain dependent upon the currencies of nation-states like the US. As a result, these behemoths are not 100% in control of their own destinies; they each have a stake in the fate of their host country, its institutions, and the value of its currency. Therefore they spend millions annually to affect public policy.

In the near future, these companies will expand well beyond the need for their host countries, ultimately supplanting the power of existing nation-states. The technology that will enable this tectonic shift is the block chain.

Blockchain technology will remove these Franchise’s dependence on nation-states as we know them.

It is likely that these larger networks will be created and managed by companies like FAMGA. Unlike most token issuers in 2017, FAMGA have already built the network effects of a successful economy. More than just companies, these are Franchises — the only piece missing is their own currencies.

Just as Snow Crash’s Mr. Lee’s Greater Hong Kong had its own currency, “Kongbucks”, I believe FAMGA will soon issue their own tokens.

Many of the previously described benefits of issuing a token will be even more valuable to companies like FAMGA. These include:

This fall, a potential case study for the Mega Cap ICO, WAX, was launched by the creators of OPSkins (Disclosure: as of the writing of this post, I own WAX tokens). While OPSkins is nowhere near the size of the aforementioned tech giants, WAX is one of the first tokens issued by a previously existing, large scale enterprise.

OPSkins is self-described as “the largest platform for video game virtual goods.” On exchanges like OPSkins and those of its competitors, gamers can exchange virtual assets like “skins” or customized weapons. According to OPSkins, this is a $50Bn market that already includes over 400 million gamers — OPSkins itself registers around 200,000 new users each month.
The “citizens”in the WAX economy are gamers who have a clear use case for the application that WAX provides — buying virtual goods. They already use similar applications that have not yet been tokenized. If WAX is successful, early adopters will be rewarded via token appreciation as more “citizens” join the WAX economy.

While it is a fascinating case study, I do not believe that the success or failure of the WAX ICO will predict that of an ICO issued by FAMGA. After all, Facebook alone has over 2 billion users worldwide. This is 5x the size of the entire virtual goods market and therefore a FacebookCoin should arguably have stronger network effects than those of WAX.

Where Do We Go From Here?

It seems likely that the first US-based Mega Cap ICO will be issued by Amazon in 2018. In fact, there are already rumors stirring that Amazon will issue its own cryptocurrency. The rest of FAMGA will watch this ICO closely, and if it proves successful, they will follow quickly behind.

The world of Stephenson’s Snow Crash, or some iteration thereof, is upon us. The explosive growth of cryptocurrencies, the massive consolidation of technology into the hands of a few giants, and the blurred line between public & private institutions are all important elements that led us to this moment.

While we are currently experiencing a shift towards decentralization evidenced by the recent wave of ICOs, the market will likely only reward a handful of winners via the adoption of their tokens. If Franchises like FAMGA decide to enter the ICO market, they can consolidate power within their own economies, as they have already done with the Internet.

The effects of this sea change in the structure of our global political economy will be both far reaching and unpredictable. Yet, I believe that the trend will be towards more centralization and not less.

Do You Know the Difference Between Blockchain and Crypto?
Enterprise Blockchain: The Make or Break CEO and CTO Relationship
Advertisement