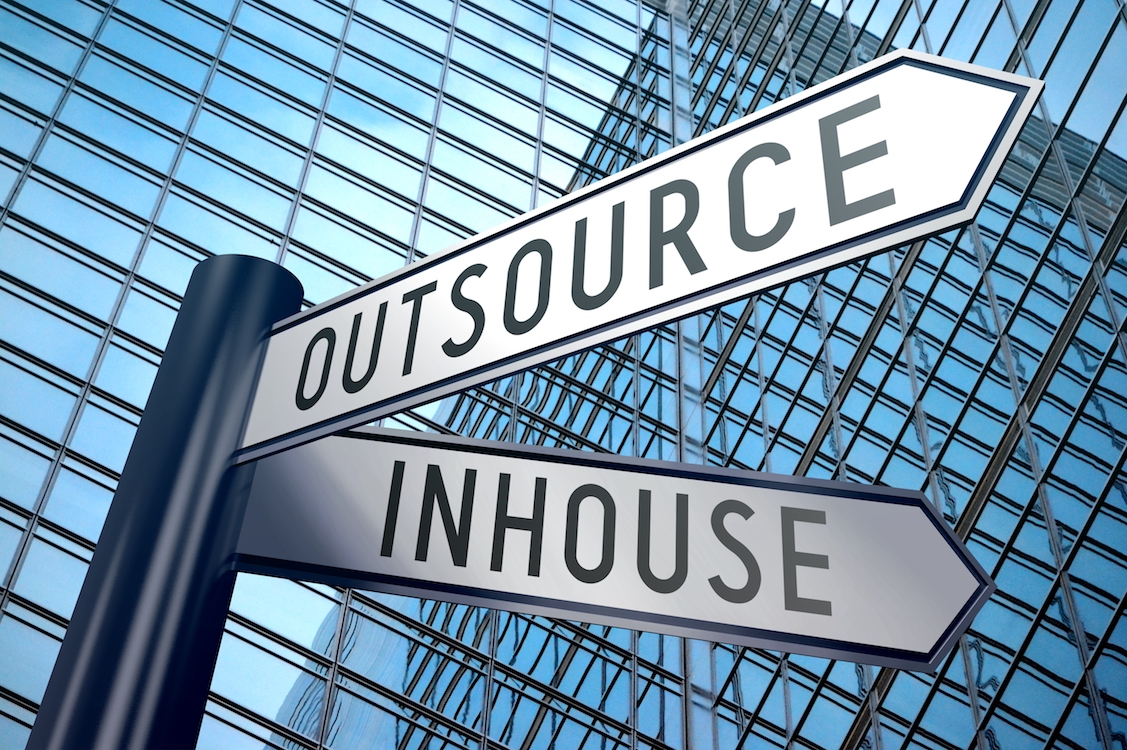 You have a blockchain project in mind, and the entire executive team is on board. You’ve even convinced the board that this is the direction the company needs to go. But moving into development can be challenging on a variety of levels, not the least of which is talent.

Many organizations find that their in-house tech team simply is not equipped to execute on blockchain development. It could be lack of subject-matter expertise, lack of bandwidth, or both — and finding blockchain developers can be costly, time-consuming, and frustrating.

When it’s done well, outsourcing can be an effective temporary or permanent solution. By taking a strategic approach to outsourcing blockchain development, you expand your potential beyond what’s possible with an in-house team alone.

Of course, getting your in-house team up to speed is still important. Unless you’re working on a one-off project, you want to build capabilities within your company and avoid long-term external dependencies that can hurt efficiency, productivity, and profitability.

Ultimately, the decision to outsource comes down to context — and often, it’s not an either/or scenario. Which means the question isn’t “to outsource or not to outsource;” instead, ask yourself: What do we want to accomplish with our blockchain project? What are the use cases? What outcomes are we seeking?

Businesses seeking blockchain expertise can take a blended approach: Outsource while building your internal team. Collaborating with a knowledgeable and experienced external team can help you better understand the kind of additional talent and roles you’ll need to seek out as you build your own development team — while helping you to avoid costly hiring mistakes.

Meanwhile, train some of your current developers.

Todd McDonald, a co-founder of blockchain consortium startup R3CEV, advocated this approach at the 2017 DTCC (Depository Trust and Clearing Corporation) Fintech Symposium. He believes many companies are sitting on a goldmine of hidden talent. “Dozens of folks that you don’t even know about … are hacking away on the weekends.”

But that doesn’t mean they’re experts (yet). In fact, at the same conference, DTCC CEO Mike Bodson cited a lack of blockchain professionals among his company’s top industry concerns. He’s not alone.

It’s a common complaint that there simply don’t seem to be enough blockchain developers to go around. Seeking talent doesn’t necessarily mean you’ll find it — and that can kill a project before it’s launched.

Block Discover, a company that analyzes cryptocurrencies, ICOs and blockchain startups, report that many blockchain-based startups have put projects on hold because they can’t find the right personnel. “This is mainly due to those startups that have successful ICOs and are able to throw cash at those who are most talented.” It points out that blockchain developers have been earning 25 percent to 50 percent more than comparable developers without blockchain experience earn.

None of this is unexpected; back in October 2016 — eons ago, in blockchain time — Bitcoin Magazine reported on this problem. “Amid the steady rise of blockchain innovation, there are growing concerns about a looming shortage of qualified developers. With demand for talent outstripping supply, many companies are having to dial back blockchain related projects that are poised and strategically positioned for a rapid market launch.”

Expect that shortage to grow, given that 2017 has been a banner year for cryptocurrencies with an “explosion” in the number of ICOs, according to Block Discover. That doesn’t even take into consideration all the non-crypto projects underway.

On top of that, there’s the issue of developer turnover in general. Retaining developers of any ilk can prove challenging. Stack Overflow’s 2017 developer survey found that 75 percent of developers indicate they are either actively looking for new jobs or “open to new opportunities.”

So what does this mean for the outsourcing questions? It’s possible that you may not have a choice, at least at first. With demand so strong, it may be impossible to fully staff your own team, and the blended approach will be as close as you can get.

But finding the right talent involves more than recruiting people with the requisite hard skills.

Whether hiring internally or outsourcing, you need a match to your company’s culture.

Of course, this is true regardless of the type of developer — or for that matter, employee — you’re seeking. But it’s especially important when it comes to blockchain technology, cautions BlockGeeks CEO Ameer Rosic. Until recently, blockchain technology was an “outsider interest.” Only in the past year or so has it made headway in the commercial world.

“Because of this, there are strong ideological forces in much of the blockchain community, which sways frequently into the realms of libertarianism and anarchism,” he explains. “A crypto-anarchist might be far more interested in a project that aims to bring about improvements to democracy in the developing world, than a project that aims at cutting costs in the banking sector.”

That said, there are many excellent blockchain developers who see the technology “purely for its usefulness,” he says. But you have to find the right one. Outsourcing, at least initially, may help you get a sense of which developers would be the best fit, and it would certainly protect you from what Rosic calls “crypto-anarchists.” (Unless, of course, that’s who you’re looking for.)

If you decide to turn to offshore outsourcing, you may end up with other cultural challenges, as well as language barriers. You need your blockchain development partner to be part of your team; offshore outsourcing sometimes gets in the way of that, and navigating language, culture — even time zones — can become more of a hassle than you’ll want to deal with.

Continue to train your team

The current overwhelming demand for blockchain developers may lead some non-developers to think that blockchain is some esoteric discipline, something inherently more difficult than other types of development.

It’s not. As Shidan Gouran, an angel investor with several blockchain startups and innovative tech firms, told Bitcoin Magazine, “You don’t have to be a cryptography wizard to understand how to develop a blockchain; you just have to know how to use cryptographic protocols. That’s something that people have been doing forever.”

If you already have developers on your team, you’re ahead of the game. Get them trained. But you probably still need the blockchain development firm.

Here are a few things to consider, especially if you’re taking a blended approach:

If you’re thinking about adding blockchain capabilities, staffing should be at the very top of your to-do list. “It might be a good idea for employers to start figuring out where they will find blockchain talent, even as they are still considering how the technology will change their business,” say the authors of Stack Overflow’s 2017 developer survey.

Here are a few reasons why you can’t put off decisions about blockchain development:

Now you have a lay of the land with regards to staffing up for your blockchain project. So, let’s review.

In that context, the answer to the question “Should we hire or outsource blockchain development?” is no. No, don’t do one or the other. Do both, and train your existing developers.