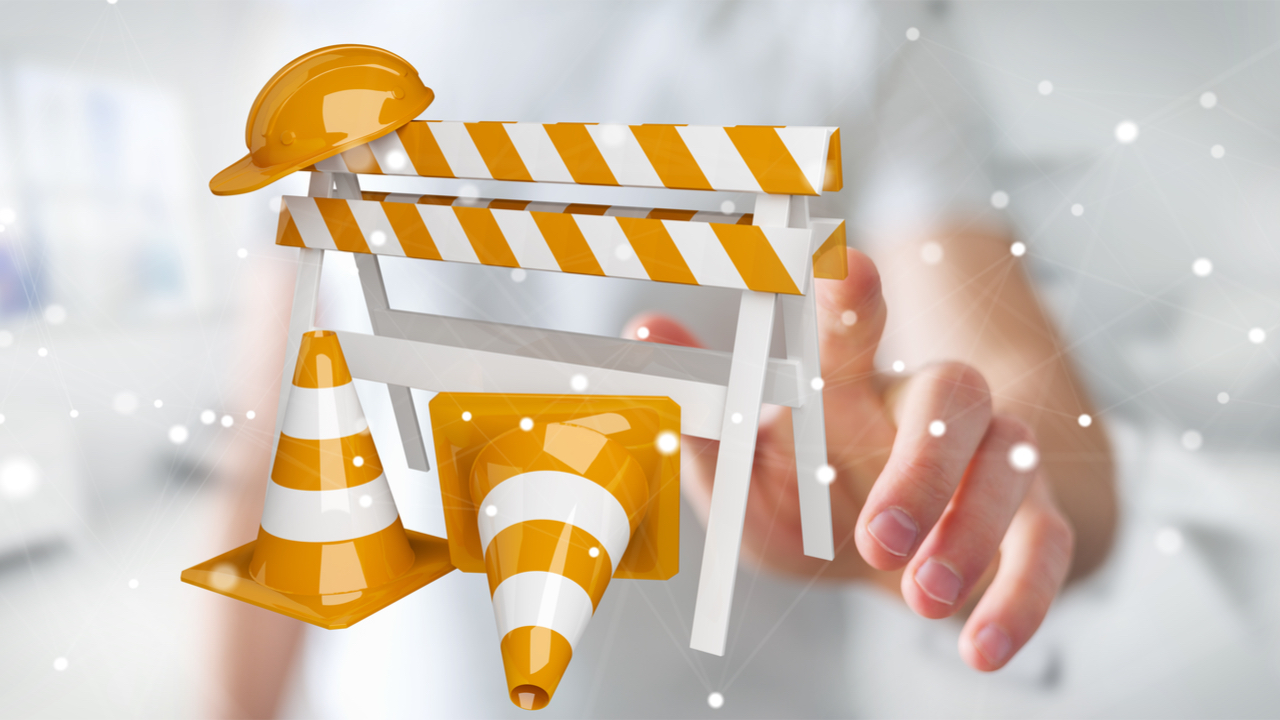 For all the excitement in tech circles–and all the “gee whiz” coverage in the mainstream media you’d think Blockchain was ready to take over the world. And in some areas, such as fintech and, to a lesser extent, supply chain, you’d probably be right.
But we are far, far away from widespread adoption of Blockchain or, more broadly, distributed ledger technology.

Confused about the difference between Blockchain and distributed ledger? You aren’t alone. Even Google treats them as the same. Go ahead — we’ll wait. Google “distributed ledger technology.”

You got a lot of Blockchain hits, right?

If you want to tell them apart, Business Insider offers a helpful tip: “Think of Blockchain and distributed ledger in the same way you might think of Kleenex and facial tissues. The former is a type of the latter, but it has become so popular that it becomes ingrained in people’s minds as what the product actually is.”

At its core, a distributed ledger is a type of database that’s spread across multiple sites, regions, or participants. The database is independently held and updated by every participant (or node) in the network. Each node processes every transaction and then compares their results with the results of the rest of the nodes.

Blockchain is merely one particular type of distributed ledger. However, it’s the most widely known example of the technology.

All of this is to say that when experts talk about the barriers to distributed ledger technology, nine times out of ten they’re talking about Blockchain, and what hinders the update of one hinders the other.

But back to our larger point: Several roadblocks stand between this technology and widespread adoption. We’ll start with what are probably the most commonly cited issues: legal and regulatory concerns.

Navigating the Legal and Regulatory Minefield

It’s a catch-22: Without regulatory clarity, distributed ledger technology will face challenges going mainstream. Poorly constructed laws and regulations could stall any such expansion. It will remain a tricky area, especially given that, in many respects, decentralization of transactions runs counter to regulatory and compliance stances, Jason Bloomberg, president of Intellyx, wrote in Forbes last year.

“The primary challenge for the broadest adoption of Blockchain technology is regulation,” Igor Telyatnikov‎, president and CEO of Alphapoint, told Coin Telegraph. “The regulatory environment has not caught up to innovation and in many cases prevents or slows [its] adoption.”

We don’t know how all this will play out, but we do know regulators are paying attention–especially in fintech.

“Most of the regulators across the globe are now engaging with the possible impact distributed ledger technology could have on the financial services sector. But the regulatory position relating to use of this technology is still evolving,” according to a 2018 update by the law firm Hogan Lovells.

Also on the radar screen are cryptocurrencies in general and ICOs in particular. But guidance is murky. For example, the U.S. Securities and Exchange Commission said in 2017 that securities laws may apply to the sale of new digital coins. But it offered little clarity: “Whether a particular investment transaction involves the offer or sale of a security–regardless of the terminology or technology used–will depend on the facts and circumstances, including the economic realities of the transaction.”

But, according to the Hogan Lovells update, there may be eventual consensus: “Regulators across the globe have also made efforts to collaborate with their counterparts in other countries to gain and share knowledge in regulating these new technologies.”

As the regulatory framework becomes more established, distributed ledger technology will become mainstream. But we aren’t there yet, and one reason may surprise you.

This likely comes as a shock anyone who’s been focused on–or merely following the development of Blockchain over the years, But despite all the hoopla, lack of awareness about blockchain’s potential remains a hurdle.

Eventually, distributed ledger applications will need buy-in from the consumer to move into the mainstream. But for that to happen, it’s essential to shatter the misconception that Bitcoin = blockchain–or for that matter, Bitcoin = all cryptocurrencies. “This will help remove the sometimes-negative undertones of Bitcoin and allow the technology to stand on its own, which will lead to an increase in willingness to utilize the technology,” according to Bitcoin Magazine.

But even among business leader who know the difference, awareness–not of the technology itself, but its value may also be a barrier to break.

Back in 2017, Danielle Uskovic, head of digital & social marketing for Lenovo Asia Pacific, told Tech Revolution that “Blockchain is an emerging technology that every global leader needs to have on their radar.”

We may be approaching that point, but being on the radar and being in the business plan are two different things.

The latter requires an awareness of value and a willingness to put up the necessary resources.

The Cost of Getting Started

Businesses don’t think they can afford to make the change.

“The resistance to changing existing systems due to the costs to utilize this new technology is another one of the significant barriers to mainstream adoption. It’s even harder for larger corporations which are less agile and thus have higher costs when making such changes. The benefits of adopting blockchain technology will thus have to greatly outweigh the costs of this shift in order to justify going through such difficulties,” Travin Keith, of the NXT Foundation, told Coin Telegraph.

Even companies that see the long-term benefits of distributed ledger technology are reluctant to move forward. The reason: many believe the cost is prohibitive. In addition to the software, there’s the cost of talent. As we’ve written about before, there is an acute shortage of Blockchain developers. Hiring internally just isn’t in the budget for most small and mid-sized businesses, even if it is a terrific investment.

Of course, one could argue that if businesses truly understood the potential, they would do what it takes to more fully embrace distributed ledger technology.

No Sense of Urgency

According to Kai Cheng Chng, CEO and cofounder at Digix, the cost issue is closely tied to the perceived need. Most consumers in developed countries are perfectly happy using non-Blockchain technology, he told Coin Telegraph. “There is, therefore, no sense of urgency or need to adopt it. For major corporations, the cost of overhauling present day systems for blockchain technology represents a monumental technological and logistical shift.”

An interesting aside on the “developed” modifier: that’s not by accident. In a 2017 whitepaper for the World Economic Forum blockchain gurus Don Tapscott and Alex Tapscott explain how this works:

“In developing economies, those who still rely on barter may be able to make a behavioral leap of sorts, leapfrogging not only a whole generation of technology but also a century of banking habits and attestation practices that might otherwise become liabilities in a blockchain world. In other words, their lack of access to traditional financial or other centralized resources may put them at a behavioral advantage on the Blockchain.”

Energy Consumption and the Need for Green

Encryption and verification of Blockchain transactions are computationally intensive operations. And keep in mind that Bitcoin and Ethereum use the proof-of-work algorithm which requires tremendous amounts of energy to power–and then cool, the computers solving the problems. (Ethereum, we should note, is moving to proof-of-stake, which consumes considerably less energy.)

In their paper, the Tapscotts put it in perspective:

“Estimates liken the Bitcoin network’s energy consumption to the power used by nearly 700 average American homes at the low end of the spectrum and to the energy consumed by the island of Cyprus at the high end. That’s more than 4.409 billion kilowatt-hours, a Godzilla-sized carbon footprint, and it’s by design. It’s what secures the network and keeps nodes honest.”

This is a real-world, not hypothetical, problem, they emphasize. “Here’s a rule of thumb: for every dollar a computer burns up in electricity, it needs 50 cents to cool down. The acute drought in California has raised serious concerns over using precious water to cool data centres and bitcoin mining operations.”

That gets to why it’s a deterrent. It’s not just about money. It’s about promoting sustainability.

“The large amount of energy required to keep the most well-known blockchains in operation is a deterrent to many corporations that are now focusing on sustainable methods of doing business. With climate change being a major concern, such massive use of energy does not seem justifiable,” Bitcoin Magazine explains.

Network Congestion and Lack of Scalability

Scalability, of course, is a known issue for Blockchain applications, so there’s not much to say other than blockchain scales poorly as the number of nodes in the network increases.

If you have any doubts, we have a one-word response: Cryptokitties. The December 2017 Ethereum slowdown was so massive that it made the mainstream media, including the BBC.

Security concerns–real and perceived–must be overcome before Blockchain is widely accepted. A January 2018 research piece published in Network Security offers the following insight:

“Blockchains (like all distributed systems) are not so much resistant to bad actors as they are ‘anti-fragile’ — meaning, they respond to attacks and grow stronger. However, this requires a large network of users. If a Blockchain is not a robust network with a widely distributed grid of nodes, it becomes more difficult to ensure the immutability of the ledger.”

Again, a bit of a catch-22. The solution, of course, is to find new ways to ensure security. “Innovations in Blockchain security will make the technology increasingly attractive–and usable–for a wider number of organizations and consumers,” says Oliver Boireau, the author of the Network Security piece.

But–and here’s yet another catch-22: As Blockchain technology becomes more popular and accepted, there’s greater incentive to try to hack it. The end of 2017 saw more stories of individuals and exchanges being hacked and cybercriminals getting away with millions, Information Age reports. The security issues related more to passwords and not the Blockchain itself; nevertheless, “Blockchain users’ computers will be targeted at an alarming rate.”

Real, But Not Insurmountable

Before distributed ledger technology can be more widely adopted, changes have to be made. Governments need to develop appropriate–not onerous–regulations. And those regulations should be relatively uniform across jurisdictions.

Consumers and businesses need to move beyond the hype and the misinformation.

The industry needs to strengthen privacy and security concerns and find better ways to address scalability and energy consumption.

And finally, corporate leaders need to see the value to their enterprises. It’s all well and good for IBM, Mersk, Walmart and other giants to embrace the technology. But, until they see the return on investment, Blockchain may remain on the fringes.