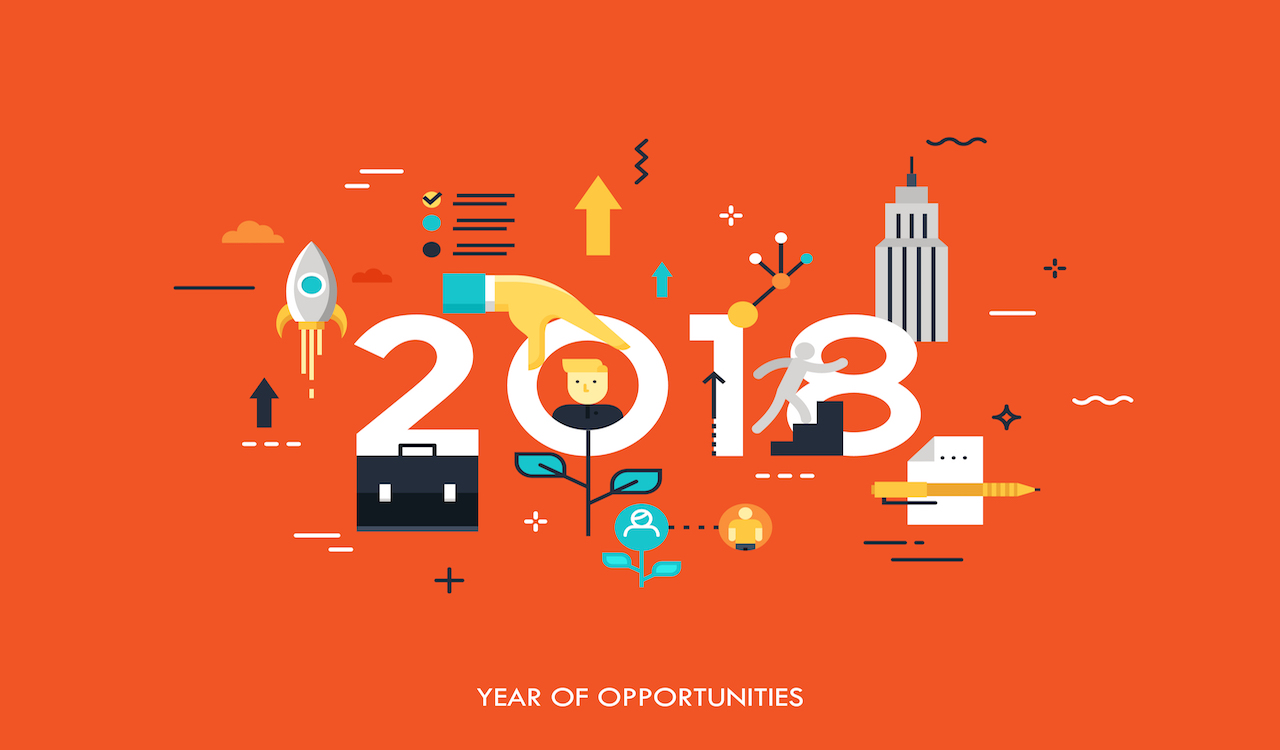 Fintech. Supply chain. Healthcare. When experts talk about the impact of blockchain technology on business and industry, those are usually the first three mentioned. 2017 was a big year, to be sure. But now that we’ve entered 2018, what can we expect? The experts have spoken, and — although they don’t always agree — we’ve listened. Here are six industries to watch this year.

Disrupters Lyft and Uber, with their centralized business models, are about to be disrupted. Blockchain technology can provide — to borrow an Entrepreneur article’s words — a more “user-driven and value-oriented” market environment.

The technology could allow for a ”decentralized version of peer-to-peer ride applications. This would allow car owners and users to arrange terms and conditions securely without a third-party provider,” Greg Roberts of Accenture told VentureBeat.

Even trunk space could be up for grabs.

The Toyota Research Institute is developing an Ethereum-based alternative to Uber and Lyft. The theory is that blockchains could help vehicles provide more value to owners, allowing them to sell rides, cargo space — even the use of the car itself.

The blockchain can store data about the vehicle’s use as well as information about owners, drivers, and passengers. That data can help validate a smart contract between parties and manage payments without a financial intermediary. The system could also provide connectivity for remote locking/unlocking of doors and engine ignition/shut off.

“The insurance sector will emerge as a hot area for blockchain technologies. Claims processing and complex multi-party processes like subrogation will show the business value of blockchain-based automation,” Peter Loop of Infosys tells eWeek.

Securing the Internet of Things

Despite the dramatic growth of the Internet of Things (IoT) — or perhaps because of it — privacy and security vulnerabilities are a problem. Conventional solutions are simply ill-suited to IoT. But blockchain may be the answer.

Expect improved encryption technology and cryptography, coupled with blockchain technology, to lead to advances in security in general and in IoT in particular, Abhishek Pitti, CEO of Nucleus Vision, tells ValueWalk. “Where blockchain’s security features will really come into their own will be in their coupling with IoT. With an ever-increasing number of connected devices, 2018 will need blockchain’s security architecture to protect IoT applications and users from sophisticated data breaches.”

Ettienne Reinecke, Dimension Data’s Group chief technology officer, takes it one step further, predicting that 2018 will be the year blockchain delivers on the promise of IoT. Blockchain will also bring real value to organizations that use IoT by providing a method for firms to securely collect information from thousands of sensors.

“In the world of IoT you’re generating millions of small transactions that are being collected from a distributed set of sensors. It’s not feasible to operate these systems using a centralised transactional model: it’s too slow, expensive, and exclusive,” Reinecke explains. Blockchain technology, through decentralization, could address some of these concerns. Without a central control system, the devices could be able to communicate with each other autonomously to manage software updates, bugs, or energy usage.

Paul Brody, EY Americas Strategy Leader, doesn’t hide his enthusiasm: “The internet of things and blockchain technologies were made for each other.”

IoT expert Ahmed Banafa isn’t quite as bullish, citing scalability, regulatory, and energy-consumption concerns. But even he sees blockchain as a viable solution to a pressing security problem. “What we need is a secure and safe IoT with privacy protected. That’s a tough trade-off but not impossible and Blockchain technology is an attractive option if we can overcome its drawbacks.”

Blockchain technology can make verification tasks much easier for employers. Conducting background checks and verifying employment and education histories can be labor-intensive and time-consuming. If employment and criminal records were stored on the blockchain, employers could quickly verify a candidate’s background.

This may not be that far in the future. In fact, blockchain CVs have already been developed, which will streamline the hiring process by verifying candidates’ qualifications and experience, according to big data guru Bernard Marr.

Blockchain could eventually eliminate digital rights theft. “If anytime anybody uses a music file anywhere in the world, that action is automatically recorded by a public blockchain, and the transaction can be validated, you will no longer have digital rights theft,” argues Greg Cudahy, EY Global Leader.

The Open Music Initiative is a consortium that seeks to leverage blockchain technology to resolve royalty disputes, and several companies are dedicated to building a blockchain solution for music, including Mycelia and Ujo Music.

As in other industries, blockchain technology could also eliminate the middleman. Several startups have taken this on. Using Ethereum, SingularDTV is turning to tokenization: the more people who consume that artist’s creation, the higher the value of the token.

Slovenia’s Viberate is taking another approach, focusing on bookings. “If you ever try to hire a band for your wedding … there’s like three people taking a percentage fee. If my band costs me $10,000, I know at the end of the day, the actual band is only getting $5,000,” bitcoin entrepreneur Charlie Shrem, a Viberate advisor, told CoinDesk.

With blockchain technology, real estate data like liens and land titles can be stored safely and permanently. Smart contracts could be created that would only release funds when contract conditions are met. This could mean the end of escrow companies (but probably not in the next year).

Blockchain reduces the need for paper records while speeding up transaction times, which improves overall efficiency and lowers costs. All relevant documents, including closing documents, could be maintained on the blockchain, readily accessible by all parties.

“It’s not hard to imagine some intermediary roles diminished or even vanishing altogether once buyers and sellers can more clearly see and approve actions and those intermediaries are no longer the sole key-holder in moving things along,” says Eyal Malinger, an investment director at venture capital fund Beringea.

Smart contracts can keep things moving along, ensuring all required steps have been executed before money is transferred, released from escrow or repaid to the bank, or before any title is transferred.

Similarly, the blockchain could make the mortgage process easier for the buyer, Sandy Steier, CEO of 1010data, tells eWeek. “Analytics around the mortgage approval process could be greatly streamlined. Borrowers could elect to share accurate personal income and expense metrics with lenders via a blockchain, bypassing the tortuous, expensive, fraud, error-prone and time consuming manual process of collecting paystubs, bank statements and other paper documents.”

Perhaps the most revolutionary change: data concerning property ownership could exist in a single place. That’s not the case now.

“The current system by which deeds, mortgages and title encumbrances are recorded in the United States is outdated. Interests in real property are tracked through paper filings into the ‘chain of title’ maintained by a local government office. This is a manually intensive process, with a high potential for human error and fraud,” Pillsbury Winthrop Shaw Pittman LLP explains in a Client Alert.

Cook County, Ill., in collaboration with private partners, has started a pilot program to replace the current system with a public, fully searchable database that will, according to the firm, lower costs while combating fraud.

But don’t expect to see this approach gain much traction in the short term. As Pillsbury explains in the Alert, “the introduction of blockchain technology into government land record offices in the United States will face obstacles because of the variety of local rules, regulations and customs, and the requirements of lenders and regulators.”

These and other industries are poised for disruption, even transformation, in 2018. But keep in mind that neither technological advancements nor adoption operate by the Gregorian calendar. Don’t expect any of these to be fully realized by Dec. 31, 2018, but do expect to see blockchain come closer to reaching its true business potential.

Blockchain Development: Hire or Outsource? It’s Complicated
There Are 14 Open Jobs For Every Blockchain Engineer
Advertisement