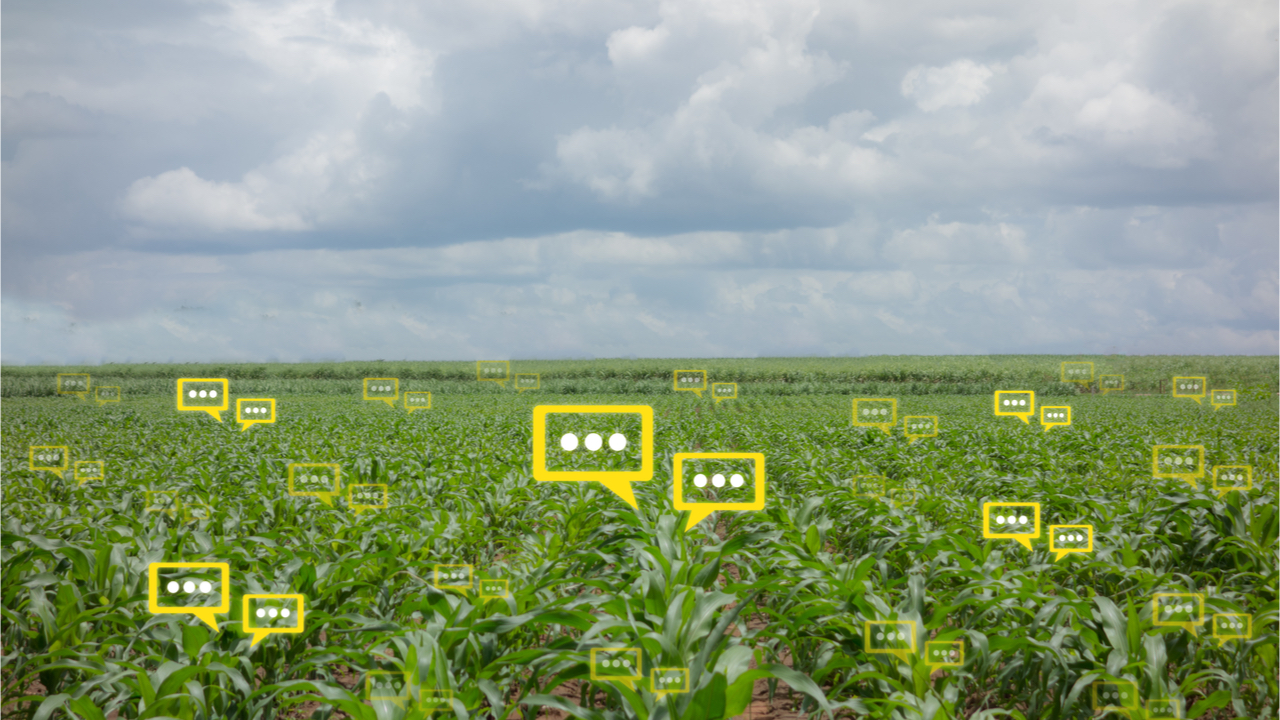 Blockchain technology will be used more frequently in agriculture because it can help record trade transactions and increase food safety, despite the challenge to get every party in the transaction to agree on sharing their data on Blockchain network. In a series of interviews with leading industry experts, I dug deeper into the benefits, implications, and challenges to moving this technology forward.

On using Blockchain as a ledger for agricultural transactions:

As a digitized, decentralized ledger, Blockchain is being applied in different areas including agriculture to record transactions and trace origins of food, which greatly increases trade efficiency and food safety.

“There is a lot of paperwork involved in the transaction because every entity wants it to ‘happen on his own term’ and Blockchain allows everyone to collaborate on the same platform to share information.”

“The Internet does a great job of connecting us, but it doesn’t do a good job of getting us to the point where we are comfortable sharing information, and I think that’s where Blockchain is exciting. It allows for enough transparency that can create a comfort level with sharing information.”

On Incentives for Farmer to change current processes:

“Another concern about the application of Blockchain is whether it will show return for farmers. Farmers may have the most data to share, like the variety of the seeds and the growing condition of plants, but they probably have the least to gain from the technology.”

Financial incentives should be given to farmers to encourage them to share their data on a Blockchain network:

“Ultimately I don’t know if the consumer is ready to pay more for more data. If they are, I could see a lot of value being captured further down the supply chain but it doesn’t really get back to the farmer.”

“There may also be some bad players if Blockchain technology is being frequently applied in agriculture. Some companies only intend to issue initial coin offerings, or ICOs, to make more money, instead of developing more practical applications.”

On Benefits to the Ecosystem:

“Blockchain technology will enable customers to know where their food comes from and also help track every step, like the harvest conditions in terms of temperature and humidity, as long as every party involved in the process, like farmers, is willing to share information on the Blockchain network. But it has to start with large companies like Cargill and Walmart Inc. because they have huge influence on their suppliers.”

In May, HSBC and ING Bank completed a soybean trade with the international agriculture and food service provider Cargill Inc. by using Blockchain to digitalize the trading process in 24 hours, compared to the conventional paper-based process, which usually take between 5 to 10 days:

All trading information is put in digital form on Blockchain network and all entities like banks that need to hold records on the network are seeing the same state of transactions of the two banks. The two banks issued a large amount of letters of credits, and traded with numerous actors in the ecosystem, with everyone holding their own source of truth.

“In the financial services industry, each bank registers transactions on their own ledger. If two banks interact to process a transaction, they have to reconcile with each other to make sure both banks agree on what happened in the transaction and there is one source of truth.”

“And the great thing about Blockchain is that in essence, we are all moving to the same shared source of truth.”

“When people wire money for international payments or other purposes, banks become part of the process in validating the trade and making it more secure, but Blockchain may alter the financial landscape by changing the role of the middleman. Because Blockchain can record all the transactions and hold a shared source of truth, people no long need to trust an intermediary like banks and can directly communicate with other entities including shareholders.”

On Timeline for Impact and Adoption:

Bill Gates used to say that people may overestimate the impact of technology in the short run and underestimate it in the long run. I think it’s same with Blockchain technology.”

(Chin’s words are only on behalf of himself)

On Challenges for Adoption:

“Among the challenges, one is the difficulty to get all stakeholders in the transaction to share their information on the Blockchain network. The essential idea behind the Blockchain is a decentralized platform, but if everyone needs to be on the same platform to share information, there might need to be a central authority to implement the system. Also, the technology is costly and it takes a long time to record transactions.”

“In agriculture, stakeholders care a lot about their own privacy and confidentiality, so it will be hard to have a public Blockchain. And farmers don’t understand the new technology and would be unwilling to use Blockchain to share data.”

“Blockchain will bring more transparency to agriculture industry through recording every piece of information on Blockchain network. Intermediary companies like Walmart and Target will be unable to undercut farmers because with the network, farmers will know the actual price the companies have offered.”

“So honestly this is the way how public Blockchain will push forward the industry, but we will see how realistic it is in the future.”

On Challenges for Adoption:

“Yet there are still challenges to adopt the experimental Blockchain technology to very different settings and solutions, in terms of privacy, security and regulations. For many pilot applications in the space, people will still have to wait to see how many users the technology will attract and how many transactions will be made.”

It is clear that the technology is built to benefit the agricultural ecosystem and return value to many parts of the Supply Chain that are currently being wasted. However, the time it will take to educate key stakeholders and implement the new technology into their day to day processes may take some time.

Business reporter focusing on blockchain, cryptocurrency as well as private equity and a Northwestern Medill graduate.