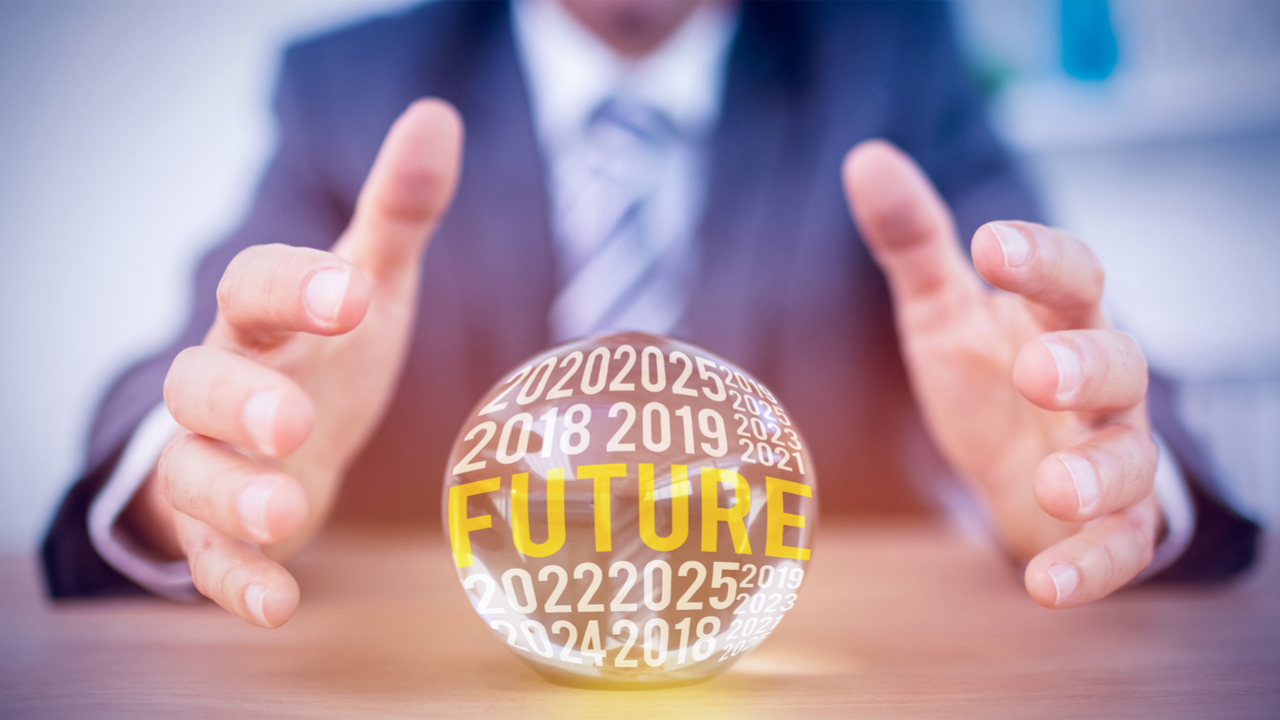 Here’s a quick synopsis of my observations and predictions:

So why do I think things will play out like this with Blockchain (Web 3.0)? Let’s look back for a moment at the both the dot-com (Web 1.0) and Cloud (Web 2.0) eras and make some comparisons. A few key things stand out in the early days:

An extraordinary company or product that changes the landscape

Negative sentiment from media and experts

Adoption by the Private Sector

The pattern is pretty clear from the points illustrated above:

These phases are then followed by an improvement in infrastructure, security, and governance which triggers greater adoption by all types of businesses and then the general public.

I know from launching my first Web company in 1997 that in 1996 and 1997, the majority of VC investment went into B2B startups. In those early days infrastructure, tools, and business process streamlining were all the rage. The flashier B2C startups only became more popular as a group during 1998 and 1999.

In the early days of the Web, home use was hampered by slow dial-up modems (28.8k and 56.6k modems) and high expense for Internet access, where it was available. Most people just used email. Businesses on the other hand could afford T1 and T3 lines, and purchased Web-based enterprise software. Application processing was slow and it was common to wait many seconds between mouse clicks. Even so, the benefits outweighed the costs so business adoption grew.

Corporate investment was focused on Intranet and private Web applications for cost reduction and B2B ecommerce. Many large companies had policies that banned Internet access at the office. The Web was not considered a serious business resource and many managers felt it would be a drag on productivity if it was freely accessible at work.

The Internet boom in late-1999 and 2000 ushered in a huge explosion of Web applications for consumers and businesses that changed the paradigm. This was expanded with the rise of social networking sites a few years later (2003/2004). Instead of Web access being sporadic and mostly for email or corporate applications, it became a growing necessity for everyone with a computer at all times.

Even though I talked about Salesforce above, I believe the first Cloud company that hit the public consciousness was really Napster. Napster was a decentralized peer to peer (P2P) public music sharing network. Anyone could host their favorite music on the platform and many did — there were 80 million users at its peak. It had poor governance and was not able to protect copyright and was quickly shut down by the government.

Salesforce on the other hand uses a centralized Cloud platform and so is often credited with popularizing the Cloud model we know today. It has always had a good governance model and it is fairly secure and so addressed many of the shortcomings of P2P-based technology.

I was one of the early users of Salesforce.com and remember using it in 2000. It was slow and the interface was plain, and we lost data from time to time. That being said we used it at my company because other solutions were far too expensive. It was the same case for many other startups and SMEs. Cloud had arrived. It was not glamorous, but it made business sense.

Amazon launched Amazon Web Services (AWS) in 2006, and it enabled many startups and SMEs to begin adopting a Cloud-based architecture. This adoption continued to grow exponentially in the startup and small business sector but was actively resisted by large companies. Most large companies continued to rely on their own private Cloud infrastructure or hybrid Cloud models.

Cloud-based solutions for the public did not become popular until after 2010, with the rise of iCloud and multiple popular cloud-based startups (i.e. Dropbox, Whatsapp, Instagram, etc.). Starting in 2011/2012, the security of public Cloud solutions was deemed ‘good enough’ for the startup community. Since that time most B2C and B2B startup companies globally have built their software on top of popular public Cloud infrastructures from Amazon, Microsoft, and IBM.

As security and scalability improved, large companies began to migrate their Cloud stacks to public Cloud providers such as Amazon’s EC2, Microsoft Azure, IBM Cloud, Google Cloud and other Enterprise Cloud solution providers. Even so, most large companies have only adopted public cloud within the last 5 years.

Most of the excitement during 2017 was on Bitcoin and Ethereum, plus dozens of companies launched via initial coin offerings (ICOs) that each raised more than $25 million. Many of these coins and companies saw increases of 1000% or more in value by the end of 2017.

Due to bans, increased scrutiny and regulation, and lots of bad press there have been large declines in the value of cryptocurrencies to date. During the first 3 months of 2018, most cryptocurrencies lost 50% or more in value in fiat terms. As a result, there has been a sizeable decrease in cryptocurrency and ICO interest in the public sphere; trading volumes are also down by about 50%.

Interestingly, there has been a notable uptick in the reporting of B2B blockchain projects using private and permissioned Blockchains, rather than public Blockchains. Key announcements include:

Also there are many B2B private Blockchain projects under development from well-known global tech, financial, and automotive companies. Today there are hundreds of companies trialing Blockchain technology, here is a list of some well-known projects (more can be found at Outlier Ventures):

As you can see this list is a ‘who’s who’ of global tech, auto, and banking companies in the US, Europe, and Asia. In some cases these companies are working with startups:

There has also been an increase in acquisitions of Blockchain companies by larger corporate players and tech giants.

Based on my analysis, 2017 for Blockchain was similar to the 1995–1996 period for dot-com. I expect 2018 will likely be dominated by investments in infrastructure (protocols), tools, and B2B projects. Rather than adopting public Blockchains, many of these projects will use private and/or permissioned Blockchains to avoid the need for ICOs or other public token generation events.

Infrastructure investments will largely focus on increasing network scalability, speed, and cross-chain interoperability. Meanwhile many B2B projects will likely focus on projects that will reduce costs, streamline operations and increase transparency for companies in the technology and banking sectors (early adopters).

Once the infrastructure has been substantially improved and the tech and financial sector B2B use cases have shown some level of success, I expect many other B2B sectors to embrace blockchain technology. With better infrastructure and more general B2B adoption, B2C projects should achieve more traction in 2019–2020.

In 2020, we should see all aspects of the ecosystem gaining significant adoption and growth which will lead to an explosion of value creation across all areas and sectors of the global economy. Blockchain will be bigger than dot-com because it is being adopted globally upfront, not just in the US, and it can disrupt more industries more fundamentally because of its decentralized approach.

A Case for a World with Blockchains and Tokens
Blockchain in Healthcare: A Data-Centric Perspective
Advertisement