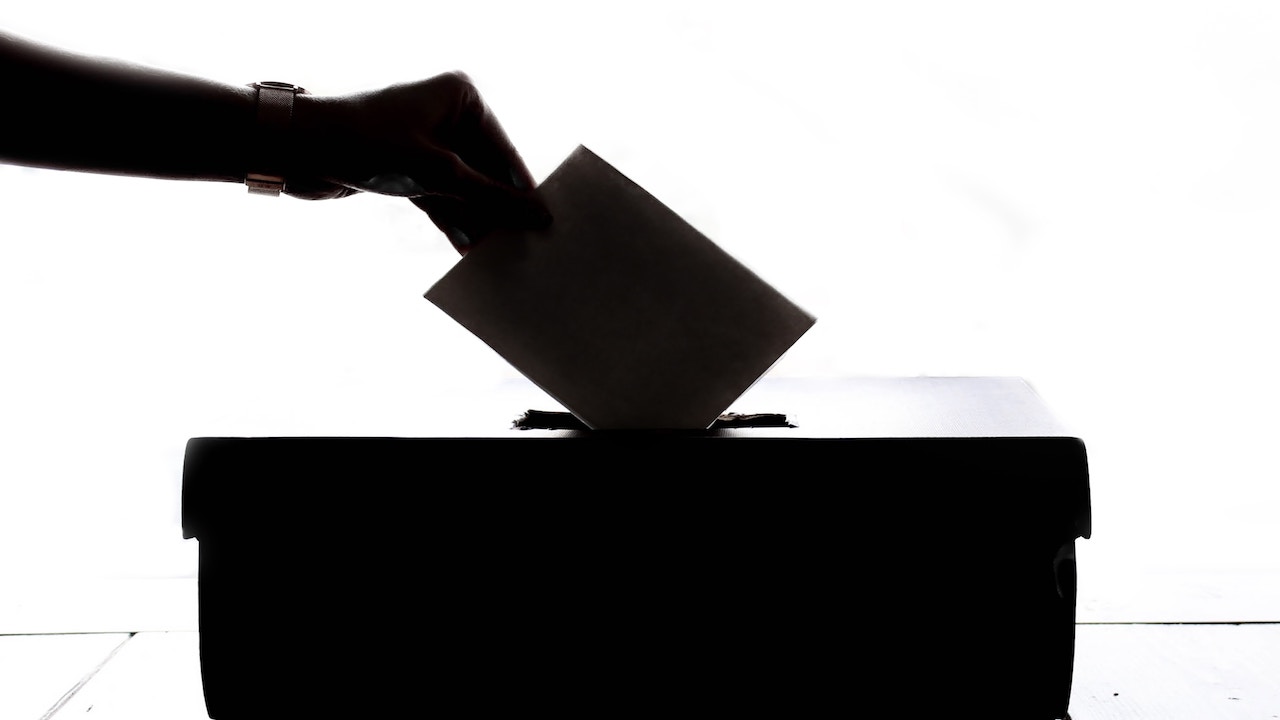 This is Part Two of a Three part series. To read Part One, an intro to Decentralized Voting, click here.

Stepping back, the question naturally arises: why is there such a large delta within on-chain voting?

To start, not all proposals are created equal: without picking on 0x, ZEIP-23 may not be as important to 0x as the stability fee is for Maker to support Dai’s peg at $1). Below are general thoughts on a few high level barriers to voter participation.

“Show me the incentive and I will show you the outcome.” — Charlie Munger

On-chain governance’s underlying assumption is that because token holders and “owners” of a protocol are one and the same, they are economically incentivized to vote in the protocol’s best interest. If tokenholders vote for a proposal that has a negative effect on the protocol, the token’s price will reflect that decision and they will lose money.

While voters are theoretically incentivized to govern given their passive ownership in the underlying network, they may need more “skin in the game” to actively participate. Otherwise voters will remain apathetic if the issue at hand is of a low degree of importance, as shown in practice.

Token holders are not always subject matter experts. For example, a casual holder of MKR may not have the economics background required to vote on the implications of an increase or decrease in Maker’s stability fee. Likewise, a retail hodler likely does not have the technical expertise required to evaluate the merits of implementing ProgPOW on Ethereum. Given the time required to truly understand the ramifications of a proposal vote, voter apathy may be higher for more complex proposals.

Community leaders can help address this with market education (i.e. Jacob Arluck’s piece outlining Tezos Athens) but the average hodler just may not be willing to devote significant time researching the nuances and implications of a specific proposal.

While there have been significant strides to improve voting infrastructure, a lack of sophisticated voting tools leads to friction when attempting to vote. Maker actually has one of the better voting user experiences, but the below snapshot showcases the reality of all voting infrastructure today and outlines the various steps required to vote on the most recent stability fee hike. 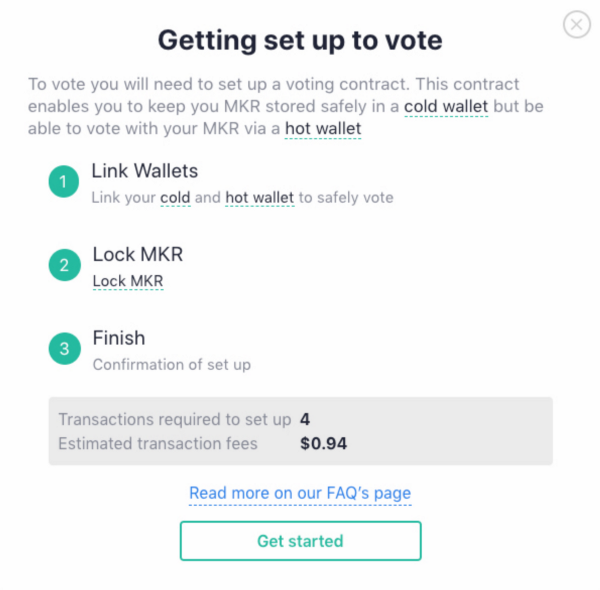 First, voters are required to have ETH in their wallets AND need to pay gas so they can connect to Maker’s voting portal, which requires 4 transactions at roughly $1. In addition, linking cold and hot wallets is a requirement — but what if smaller voters don’t have MKR on a cold wallet? Voters may get stuck and give up, as I did.

To play devil’s advocate, Maker may only want more sophisticated investors to participate and requiring a cold wallet may be a natural filter.

However, the broader point still stands that meaningful improvements are needed to reduce voter friction in order for crypto to go mainstream. This rings true not just for voting, but for decentralized applications in general. 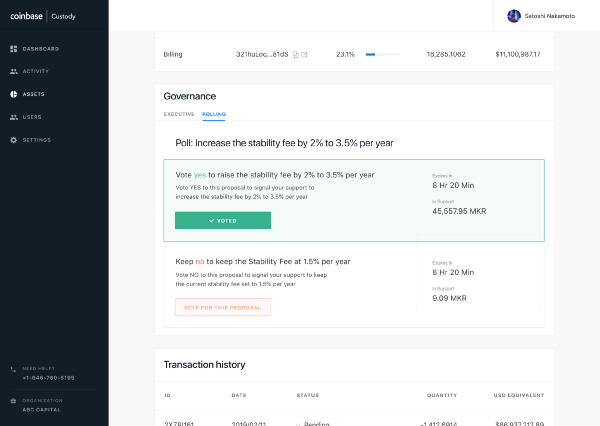 Voting infrastructure will inevitably mature, with Coinbase Custody recently announcing their addition of governance support for Maker as well as intention to add Tezos voting in Q2.

I expect other custodians will follow in Coinbase’s foot steps, which could lead to another potential point of centralization if a majority of voting takes place via 3rd party custodians. 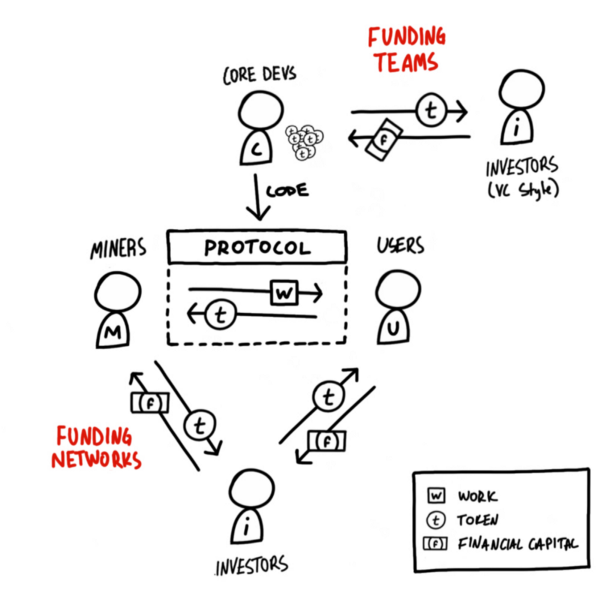 Placeholder’s Joel Monegro succinctly outlines the key stakeholders of decentralized networks in his piece, “The Cryptoeconomic Circle”: “The model describes a three-sided market between miners (the supply side), users (the demand side), and investors (the capital side). Miners opt-in to the consensus protocol and coordinate their resources to provide the network’s service in a decentralized manner, users consume the service, and investors facilitate exchange while capitalizing the network.”

Unfortunately in today’s retail-driven market with little actual utility and functionality, tokenholders are mostly investors and speculators. It’s important to have all stakeholder views represented in decentralized networks, especially users.

While the lack of stakeholder diversity is ultimately a byproduct of the ICO bubble, technological improvements will eventually lead to greater utility and a more balanced & diverse group of stakeholders.‍

Some on-chain voting implementations require capital to be locked up for the duration of the vote (DFINITY and Polkadot both implement some form of time vote-locking, as further explored in this piece). This is by design, as voters should be held accountable for the repercussions of their vote.

While insignificant today, there are still opportunity costs when locking up tokens as the voter forgoes the ability to sell, or in the near future, earn interest from lending as #DeFi infrastructure continues to mature. Purely speculation, but if many token holders are opportunistic investors as previously hypothesized, then these speculators may value this liquidity significantly more than the future value of the protocol. Tourists vs. Citizens.

This is Part Two of a Three part series. To read Part One, an intro to Decentralized Voting, click here. For Part Three on Blockchain Voting Governance Design, check back this week.