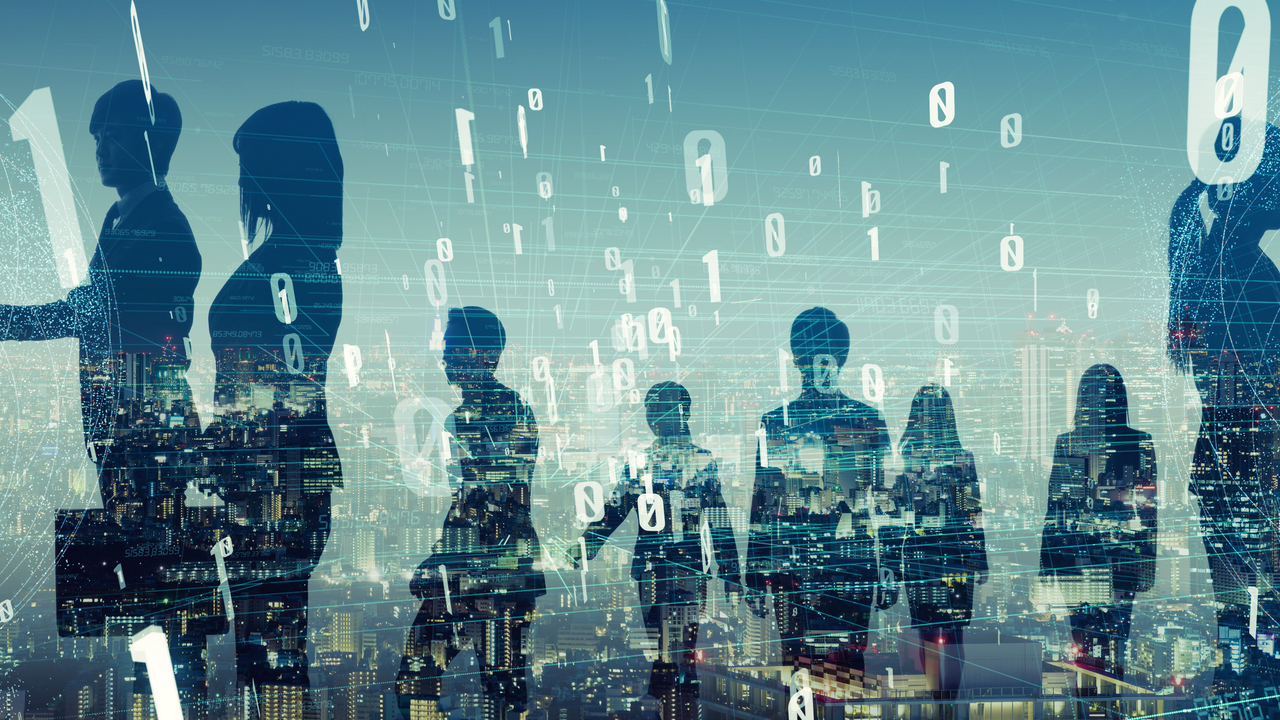 With the rapid decline of ICO mania and the “new world” of security token offerings (STOs) having not yet arrived, a new crypto primitive is quietly emerging. It’s called the Continuous Token Model using the Bonding Curve.

In its simplest form, a Bonding Curve is a way to fund and coordinate work around an objective, orchestrated in a smart contract(s).  This can be especially powerful for flash organizing large groups of participants across vast networks.  An ICO, STO, traditional fundraise, or even a formal entity isn’t even needed.  Bonding Curve gets its name from bonding a base currency (DAI in the example below) to mint a new token (GOLE in the example below) on a curve with price on the Y axis and Supply on the X axis.

Here is a high level step-by-step example for how it can work:

Flash organizing does not just have to be problem solving, let’s apply the Bonding Curve in a fan/fun context.
Let’s say you are a K-pop aficionado — more devoted than a regular fan. And as aficionados of a topic do, you have friends who think they are K-pop aficionados as well. But you’ve recently found the next great music video no one is talking about yet, PSY‘s “Gangnam Style” hit from a few years ago, for example, on YouTube. 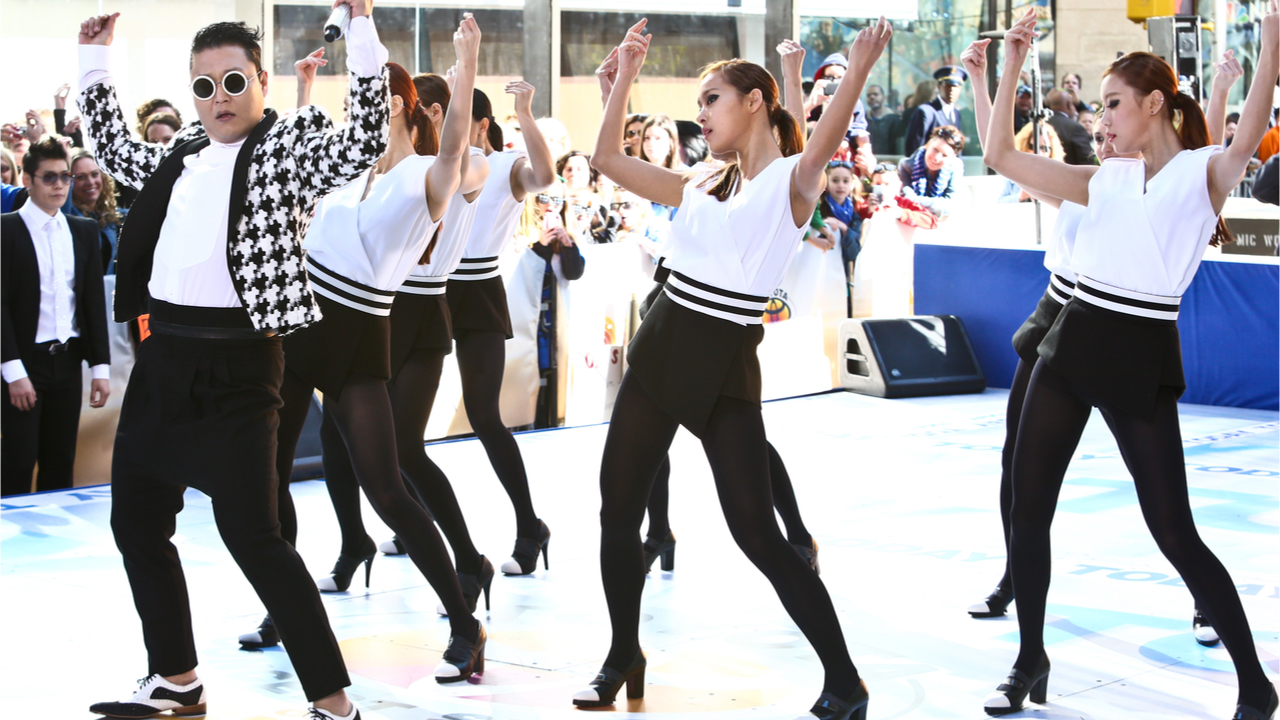 Instead of simply following or subscribing to PSY, you also decide to stake a few DAI ($10 USD equivalent) and receive PSY_GOLE tokens to become an early supporter. Let’s say you are the 100th follower and a very early stakeholder in the success of PSY, the next stakeholder # 101 pays what you paid plus a little more (according to the algorithmic token design), and the cycle repeats for #102, etc. Fast forward to 10 million stakeholders (not unrealistic for a superstar with over 3 billion Youtube views) and you are still supporting your early find, and in fact auto receiving (via smart contract) a dividend of all the stakeholders that came after you. Maybe it’s only 0.01% of each, but your $10 now exceeds several thousand dollars in PSY_GOLE tokens which you can use to buy PSY merchandise, provide fan voice to PSY, or at any time of convenience choose to redeem some or all for DAI. And you can go on to find the next big artists.

“Peer to peer marketing is native to a project using a Bonding Curve.”

Also, once you are a vested stakeholder in PSY_GOLE, who do you think will be his biggest marketer? As an aficionado, you’re likely to spread news of your new superstar through word of mouth, the most valuable form of PR for artists. Peer to peer marketing is native to a project using a Bonding Curve.

But what about the negatives?

Let’s say you did not pick PSY, but instead picked James’ K-pop music video, bought James_GOLE tokens, and the music video sucks. Not a single person came along after you to stake and support James K-pop. Aside from any taxes in the smart contract that runs the bonding curve, you should be able to redeem your James_GOLE for the remaining DAI, likely getting back 80% or more of your initial stake. You’d lose a few bucks on a coveted artist as a passionate aficionado, not a huge price to pay. Next! In reality, your likely outcome won’t be either of these extreme cases and instead lie somewhere in the middle.

“The bonding curve can be a very powerful tool to galvanize a community, crowdsource otherwise expensive-to-acquire-data, find emerging leaders, and increase deal flow.”

The bonding curve can be a very powerful tool to galvanize a community, crowdsource otherwise expensive-to-acquire-data, find emerging leaders, and increase deal flow. Ultimately, I believe this to be a material contributor to The Future of Work in the face of AI, but will save that post for another day (hint: we are going to create far more jobs than we lose).

Simon gets us started with an early 2017 template (stone age for this subject matter) for continuous, decentralized funding of any network or project, no central issuer, tokens minted as needed for services.

Tom takes it a step further in this beautifully elegant approach to accelerate longevity science.

Thibauld goes BIG, with Continuous Organizations and dives in to the elephant in the room: REGULATION.

An open question is “do initiatives with Bonding Curves pass the (USA legal) Howey Test”, i.e. are they a security, and require associated compliance? In Tom and Abigail’s examples I think not since they do not look like investments, with Thibauld’s, its unclear. Not a lawyer, above my paygrade! As @RiganoESQ points out “if the user obtains a token in order to perform work for the mission, then it likely is not a security … similar to a taxi medallion”, but that’s just one example case so be careful to speak to your attorney for your specific situation.

Where else could continuous token models help flash organize vast networks of human contribution to big problems? Maybe assist Charity Navigator in bringing more transparency to opaque markets like philanthropy and impact investing, maybe help Equifax or LinkedIn better curate human integrity, maybe help Twitter better tackle the fake news problem… or quite possibly, DISRUPT ALL OF THE ABOVE with new paradigm business models, or a cooperative-for-the-commons tokenized union. These are good problems to solve, I hope we figure it out.

Glasscock is a builder that helps visionary CEOs manifest precision organization and results. He has been a crypto currency investor since 2013 and was the Co Founder of DNA.fund, a firm focused on investing in and launching blockchain ecosystems for enterprises and entrepreneurs. Twitter: @ElephasVentures