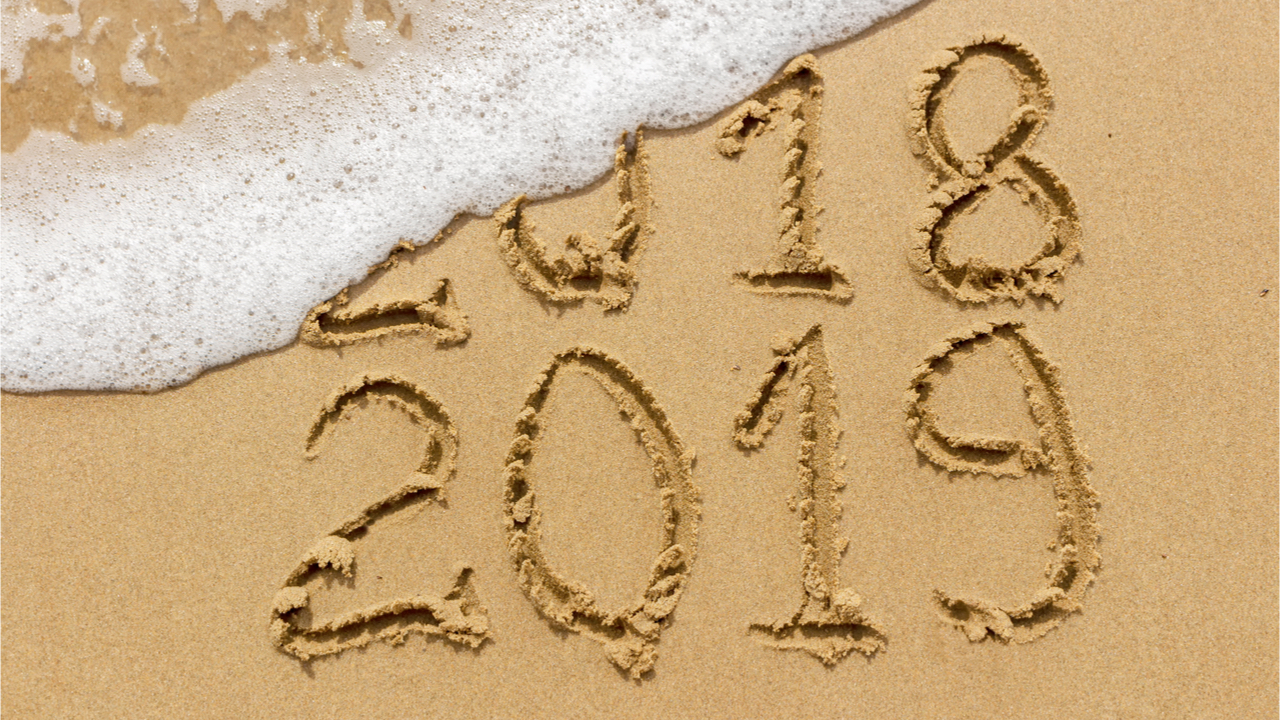 Happy 2019! We made our eight 2018 predictions around this time last year, and although we weren’t exactly wrong, some of the items have not happened yet. Let’s look back and see:

Predictions that Actually Happened in 2018

Action was taken by the Securities and Exchange Commission (SEC) against Floyd Mayweather and DJ Khaled‘s ICO marketing, as well as against ICO’s from companies like Paragon Coin (CEO Jessica VerSteeg spoke at last fall’s Crypto Invest Summit and is continuing to operate the company after paying a fine).

2. A Coinbase competitor emerges on the App Stores

Between Robinhood and Square now selling digital currency, there are definitely alternatives to Coinbase. Coinbase is focused on being more of a “Google,” with many disparate products, but is facing competition on both the business to business and direct to consumer fronts.

3. EOS Platform will launch on or before June 1

The EOS open-source software was released on schedule by Block.one. The mainnet officially went live for Block Producer voting on June 10th and the network began running on June 14th.

The Constantinople Fork/Upgrade is scheduled for January 16th:

2. Ethereum futures contracts begin trading on the Cboe and CME

Jumped the gun on this one slightly, but we did report that the CFTC is exploring this option.

Although not yet launched, their Security Token Offering (STO) completed in February and tZERO Executive Chairman Patrick Byrne confirmed that they intend to allow for the trading of those tokens by January 10th.

4. An influx of Wall Street Money

Infrastructure projects in this area moved more slowly than we expected, but we predict that Bakkt will launch by the end of Q1 2019 and will allow for institutional clients to move more aggressively into this space by the of the year.

5. A Bitcoin Exchange Traded Fund (ETF) will finally be approved

The crypto “white whale,” this one looks like it will be a bit farther off after the recent volatility at the end of 2018. As with public markets, volatility can be natural, but when price is majorly impacted by a tiff between Bitcoin Cash factions, the SEC will be less inclined to expose the investing public to the asset.