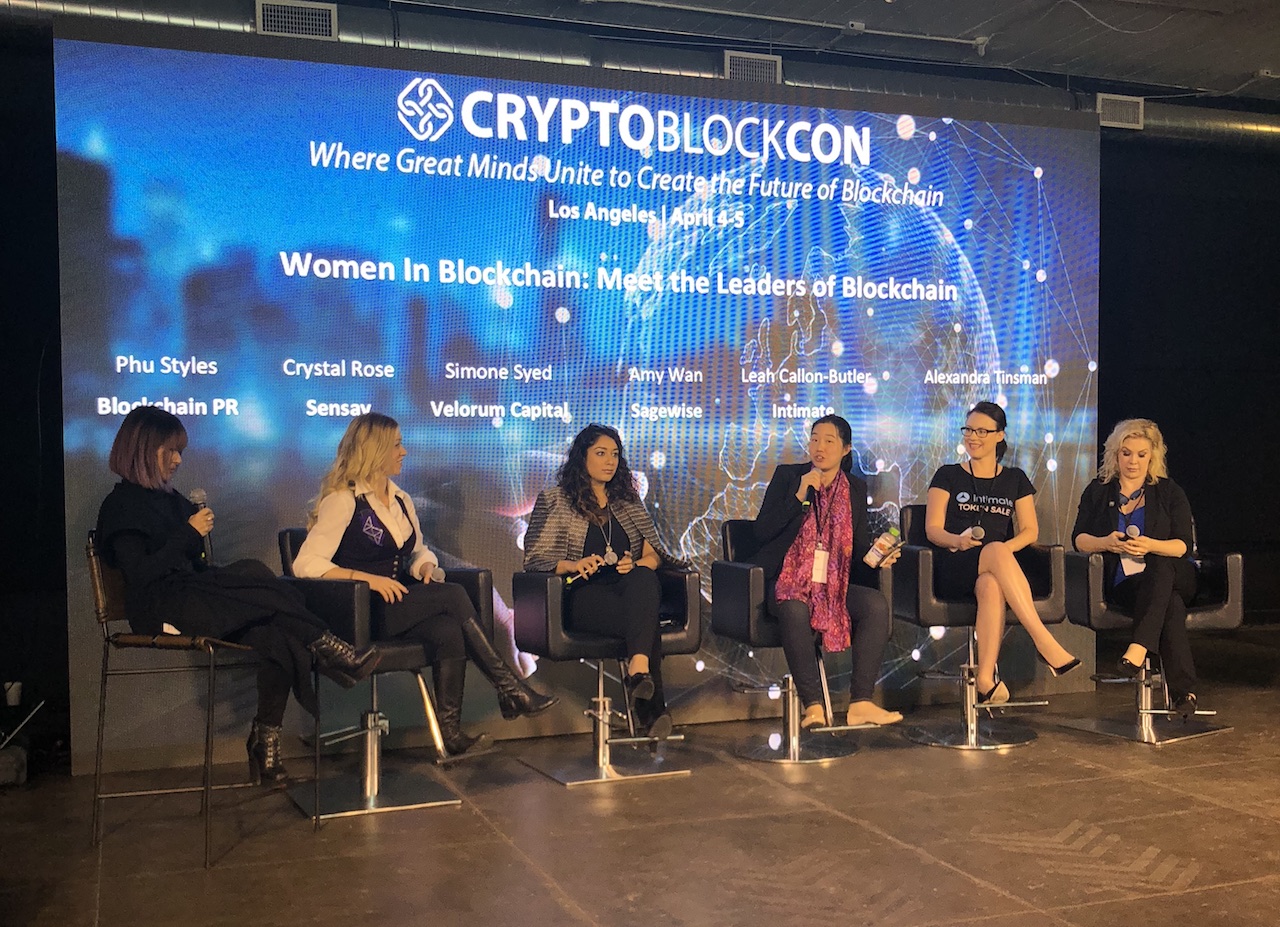 CryptoBlockCon kicked off their four city conference tour of 2018 with a two day event in Downtown Los Angeles. Blockchain Beach moderated two panels and live tweeted many others. For the full set of tweets, visit our Twitter account or read below for the highlights:

Chris Snook, from the World Tokenonmic Forum, hosted the evening event. His organization is hosting a 32-start up competition at their annual event this year:

Steve Masur, of Masur Griffitts + LLP, described how new this industry is for everyone, including the regulators that are being tasked with moving quickly:

“If all you have is a hammer, then all you’ll see is nails” – @masur discussing how regulators need better tools to make decisions about Blockchain regulation #CryptoBlockCon pic.twitter.com/MaeJQDdw1L

And fashion was on display:

The day started bright and early with an opening keynote from the esteemed CEO of Wax and OPskins, William Quigley:

And don’t forget that it’s never to late to get involved:

“Every year I tell people to get involved with #Blockchain and they say they “wish they got in last year, but it’s too late now.” It’s not too late” – @quigleyreport #CryptoBlockCon

Next up was a panel on sending wealth:

With a bit of history on the origins of the NEM Blockchain:

"@NEMofficial wasn't an ICO because things weren't ICO's back then…We collected less than $100k in donations which eventually led to a market cap of almost $2B" -NEM VP Jeff McDonald #CryptoBlockCon pic.twitter.com/5WlFPSRQXp

And the future of our digital tribes:

No, not (just) currencies! Tokens representing tribes, regional areas, open source apps, and any other incentives and groups that humans care about #cryptoblockconLA https://t.co/yc4XGJQ0Lq

The next panel of the day featured a number of Women Leaders in Blockchain:

The women had great recommendations on how women can get involved:

“My recommendation to any women that wants to be in the Blockchain space is to show up and speak up.” – A. Tinsman @NEMofficial #CryptoBlockCon #WomeninBlockchain

How men can help women:

“Yes, but women also need to ask for what they want/need. Can’t expect anyone to read your mind” – A. Tinsman @NEMofficial

And how men can not hurt themselves:

“Whisper networks are real. We will confer (on bad actors) and we’re fricken powerful. Stay on the good list.” – @SimoneSyed @VelorumCapital

“Other side of the problem is men not taking meetings because of “risk.” Just act appropriately.” – @crystalrose @sensay#CryptoBlockCon

Later in the day, was a interesting panel on investing in Blockchain companies:

And there was a great warning from Lindsey Maule of Luna Capital about the dangers of only looking at a project’s community at the surface level:

“Be careful with an engaged community being your investment criteria. An army of bots can make it look like a real conversation is going on when it’s not” – @lindzjm #CryptoBlockCon

CryptoBlockCon closed out the day with a Keynote from Crystal Rose, CEO of Sensay and the SENSE token project:

She discussed the Japanese concept of Ikigai and what it means to have a fulfilling purpose in life:

.@crystalrose explains how Ikigai, the Japanese concept of purpose being the overlap of what you love, what the world needs, what you’re good at, and what you’re paid for. With Blockchains, you remove the pay because earning value is built in to the other three #CryptoBlockCon

In closing, she touched on the recent trouble with Facebook and the opportunity that lies ahead:

“We’ve been giving our data away for free for 20 years, which is great because we’ve created a system that’s changed the world. Now we have the opportunity to earn value/rewards from our data” – @crystalrose @sensay #CryptoBlockCon

With the New York CryptoBlockCon coming up next in August, the conference organizers are going to have to work hard to top what they accomplished in Los Angeles the past few days!