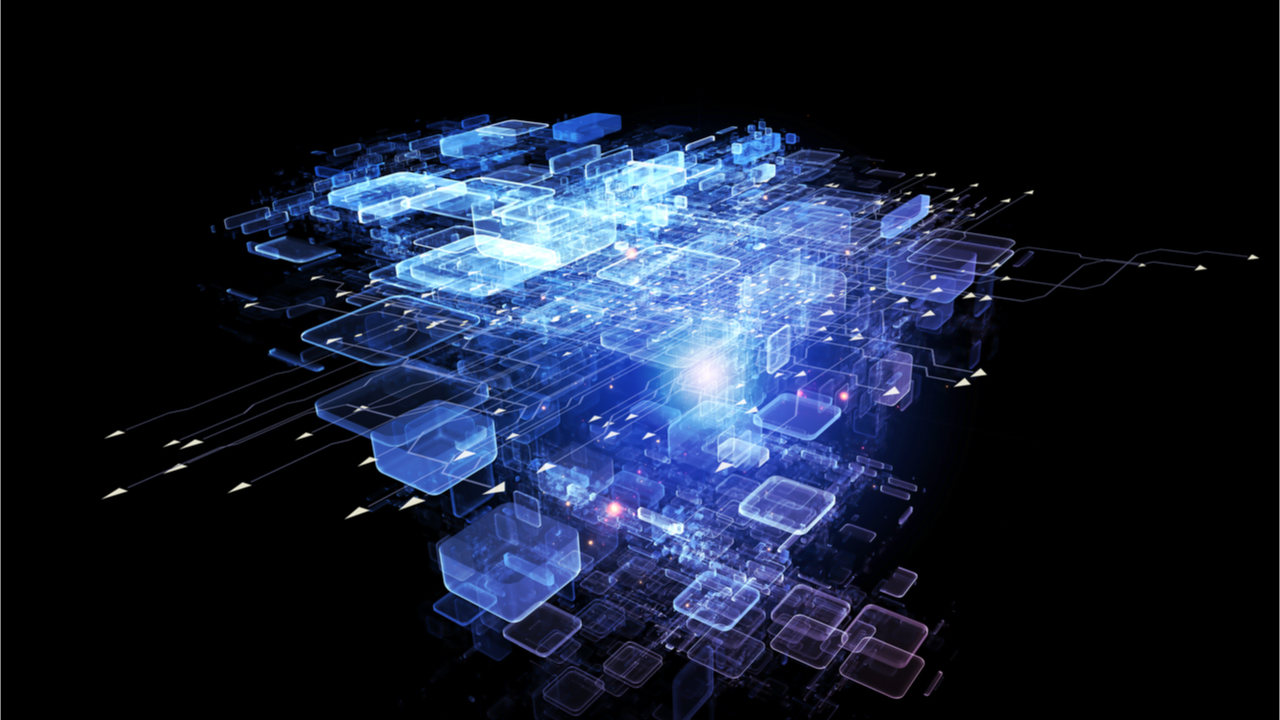 The ICO space saw a boom in the last couple of years and has been looked upon as a valid alternative to Initial Public Offerings. Less regulation, more opportunity for the average investor to “get in early” and the excitement of new technology and a movement.

I recently had the pleasure of meeting up with a number of companies in the crypto space and they all suggested that we are seeing a revolt against IPO’s due to investments being heavily in favor of venture capitalist getting the most out of it. This has seen a huge rise in ICO’s and expected to see the same for STO’s. Aside from raising funds, a major benefit of these token offerings is that it has brought in a community and supporters.

This has been extremely positive for them and has brought enthusiasm and motivation to all involved including token holders. As an example, a few companies have between 3000-8000 members of which ¼ are active every 30 days. An impressive figure for smaller crypto companies and one that shows the enthusiasm that token offerings can bring.

More recently, ICO’s are being seen as purely speculative and a money making opportunity. Additionally they are being looked upon with scepticism by investors and regulators alike. This has a lot to do with the huge number of ICO’s being launched, often with no real vision or potential product, as well as outright scams. As if it wasn’t already difficult enough to meet such aspirational objectives with the myriad of technological issues they face, these additional pressures only make it more difficult for ICO’s with a genuine and innovative proposition to prosper or survive

However, there has been the creation of a new form of ICO. a hybrid between traditional IPO’s and ICO’s. These are called Security Token Offerings (STO’s) and have more stringent requirements and regulation to follow.

The fact that this is a new space based around innovation and firsts, makes the technological challenges numerous and difficult to predict. This has also been the case for a number of the companies I spoke with. One smaller company has employees based globally in over 10 countries with 8 of them being based at the Headquarters.

A couple of the companies were set up between 5 – 10 years ago with a specific vision. Whilst It was initially expected to take 2-3 years, the vision remains. The fact it has taken so long to make progress is an indication of the technological challenges that the space faces.

Many companies in the crypto space focus on timescales but the companies I spoke to by their own admission, realise these timescales were not so accurate.

“It’s always difficult to predict new technology like this and you can never be sure what problems you will face.” one CIO suggested. As a result, a few of the companies have decided to stay away from timelines although this type of honesty is rare in the space and can also be seen as a weakness by the typical cryptocurrency investors who demand timelines (whether unrealistic or not).

The recent ICO boom, which has seen thousands of new ICOs and some huge funding raised, means that many companies don’t have time or the possibility to be so transparent and honest. Their investors expect immediate results, and being a speculative market, they care more about their token price than the technology or results produced. This has put additional pressure on companies to overpromise and launch unfinished products too soon.

Some companies do focus more on product however. Two companies I spoke to have seen their product take longer than many new ICO’s to launch or progress. The reasoning for this is, that unlike many companies who simply launch their product after ironing out only a few teething problems, these particular companies have been determined to get the bigger more complex problems resolved as a priority before launching anything.

The trouble with launching a product early is that it causes major difficulties down the line when the larger problems make themselves known and they need to resolve these issues within the confines or parameters of the design they have already launched.

“By solving the fundamentals we can ensure we are less likely to be disrupted. The downside is that it appears you are moving backwards and slower than competitors. Mostly however, others are only making incremental changes to an existing flawed design,” says one CIO.

So what are the key risks to survival in the coming years for these companies?

Below are just some of the key risk areas the companies I have spoken to face going forward, and which I believe all ICO’s and STO’s need to be in a position to manage:

1. Funding related risks: This is the nature of the business. With much of the work being research and development based as opposed to creation of an immediate product, initial funding, ongoing funding and future funding remains a key risk to the industry.

2. Regulation related risks: I have written several articles on regulation and self-regulation (see riskguide.wordpress.com for these articles) and it is a major concern to companies in the space.

As an example, for many companies, a major part of their envisaged product would be encryption or privacy. Therefore, The UK’s Prime Minister, Teresa May’s current focus on access to information, would potentially require banning encryption.

“This is only the beginning and with the rise of ICO’s it is probably an important and necessary step as not everyone is fully equipped to understand what they are investing in. There needs to be a middle ground in terms of regulation. Too little doesn’t offer protection. Too much stifles innovation.” suggests a CEO of one crypto company who is open to regulation.

There are upsides to regulation too however, which I have suggested in previous articles. China’s move for example, can be taken as quite positive in terms of coming out and taking a definitive stand which should encourage other governments to do the same. It essentially removes uncertainty. Uncertainty is the source of so many risks and often a negative certainty is better than uncertainty as it allows a focus within set parameters.

One CEO suggests that if regulation was introduced it could make their job easier:
“If we knew what was coming we could work around it but when its uncertain we can’t prepare properly.”

Many countries are also encouraging blockchain and ICO investment by implementing clear regulation that is often positive. Slovenia and Malta are just some examples of countries encouraging growth.

3. Exchanges related risks: Many coins and tokens are on various exchanges globally but 90% of volume may be on one specific exchange, such as on a US based exchange for example. If that exchange shuts down (hacking incident, new regulations, and business decisions) their coin could be heavily impacted

4. Assets: This is no doubt a concern for many companies. There needs to be a balance between having your assets in crypto currency and cash. Some would argue that you should keep it in the currency you trade with, but others would say Bitcoin increases so much and is a better long term investment. It is however also very volatile. Additionally, there is 18 trillion dollars in circulation vs 66 billion Bitcoin. So it is therefore easier to manipulate the Bitcoin market.

5. Product completion: Too many ICO’s and STO’s have a vision that is just unachievable. The scales and promises are too grand. Not only do deadlines get missed but a product never seems to be anywhere near completion. Whilst investors will “HODL” (a term used in the cryptocurrency community for holding a coin no matter how low the price gets and for the long term) as long as possible, when products don’t see the light of day and no progress seems to be being made, it spells trouble.

In these situations, communication is key! Keeping investors up-to-date with progress helps. Mostly however, unless you have achievable objectives, you are doomed to fail. During the height of the crypto and ICO mania, it was difficult to set achievable objectives. These wouldn’t excite investors. Now that the cryptocurrency market is down 90% however, investors are beginning to look for the few who might actually achieve what they set out to do.

6. Lack of use cases, competition and traditional alternatives: Going hand-in-hand with product completion is use case. whilst some companies may go on to develop and launch a working product, the use case for these products is often limited. Firstly, a product has to solve a current problem. If it doesn’t, it’s unlikely anyone will use it.

If it doesn’t solve a problem you face the reality of competing against traditional alternatives. “But it’s on the blockchain” doesn’t cut it as most users of software or social media or any other technology don’t care what’s running it. Most don’t know what blockchain is and couldn’t care less. If it doesn’t improve their user experience and it doesn’t have as many users, or if it’s too difficult to migrate, then they aren’t going to swap what they currently use for this new technology. Even when using traditional technology backed by a mega company like Google, their initiative to try to compete with Facebook failed (see Google Plus)

Even if it solves a problem however, in most cases, ICO or STO backed companies are competing with the big boys. Companies like IBM who do this kind of stuff for a living. They have a large R&D centre with experienced staff and a structure that has worked for decades. They also have a large client base to sell to, something the ICO’s and STO’s can’t compete with. Moreover, these larger companies also have a large set of products with which to integrate their new technology with.

7. Bear Market liquidity: Finally, looking at this bear market where prices are down 90% or more in most cases. Many ICO’s have held onto tokens (see assets above) instead of diversifying their assets into FIAT. Many can only last a few months to a year with current spending on staff, infrastructure and having no workable product. Expect to see many cryptocurrency companies fail during 2019 if prices don’t pick up!

It is for the above reasons that risk management and having advisors or non-executive directors with the right risk management experience is so critical for companies in the space. It can help drive success sustainability.