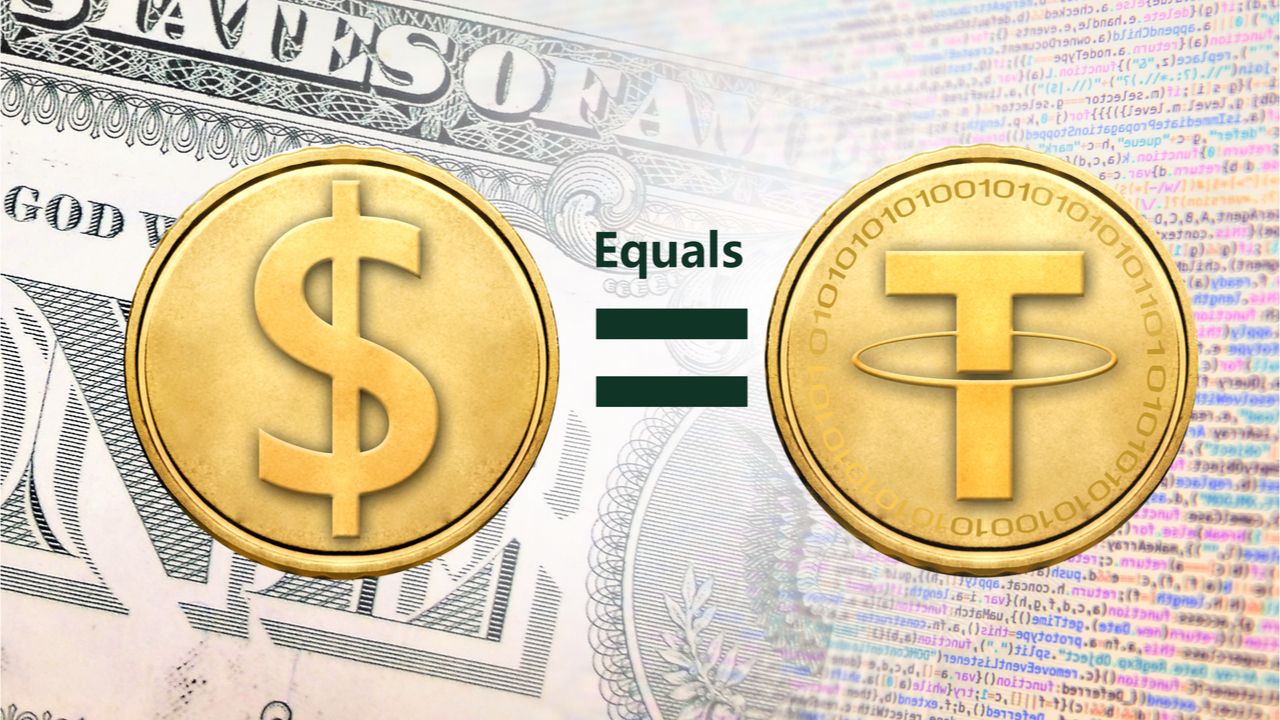 What is a Stablecoin?

Stablecoins are cryptocurrencies that are designed to keep their value constant relative to another asset, such as the U.S. dollar. There are various approaches that can be used to accomplish this goal which will be discussed more in depth later.

Why are Stablecoins necessary?

Stablecoins provide the convenience and speed of using other cryptocurrencies without the volatility. One advantage of having a stablecoin on the blockchain is that it allows users to move funds quickly. Instead of waiting days for the traditional banking system to move funds around, a stablecoin can move the same funds in seconds. Stablecoins also provide more liquidity to markets due to increased fund transfer speeds.

Using a stablecoin is advantageous to using a Venmo-style payment processor because of the limited trust required and increased transparency provided by blockchain. Although moving large amounts of money is not Venmo’s use case, microtransactions using Venmo require more time and more trust than stablecoins. Paypal users have fees when using a debit or credit card and bank settlements take days. Stablecoins have some advantages over Paypal because they have lower fees and require much shorter transfer times. Another advantage is that users have control of their own money. Both Venmo and Paypal can restrict users from sending and receiving money, whereas no one can restrict users from using stablecoins.

There are three main types of stablecoins, two of which rely on an underlying asset for collateral, the third of which relies on market trust due to the stablecoin not being collateralized by another valuable asset.

These stablecoins are tokenized currency. They rely on the issuer to keep a reserve of the underlying asset (such as the U.S. dollar), they then create stablecoins equivalent to the amount of the underlying asset they have. For example, if they have $1 million in their reserve, they would mint 1 million stablecoins priced at $1 each.
Tether was the first company to attempt this feat and so far they have the largest market share by a wide margin. Many new and more transparent companies are beginning created in an attempt to topple Tether’s monopoly.

Back in in 2014, Bitshares created a coin called BitUSD designed to stay pegged to U.S. dollars. The coin is relatively stable in price, but still fluctuates. MakerDAO burst onto the scene in 2017 and is so far over twice as large as BitUSD. Using Ethereum as a platform, MakerDAO has become the largest crypto collateralized stablecoin and will most likely keep this title.

These stablecoins rely on controlling the coin supply relative to demand in order to keep the value of the asset stable. Using basic supply and demand theory, these coins increase the supply when their value is too great, and reduce their supply when the value is too little, attempting to keep the price constant. This model often requires a form of IOU to shrink the supply called Seigniorage Shares.

NuBits has been attempting to keep their coin pegged to the dollar for the last 4 years, but the peg has broken multiple times. As of the writing of this article the price of 1 NuBit is $0.15 and the price does not look like it will recover any time soon. Most recently, Basis (previously Basecoin) raised $133 million for their uncollateralized stablecoin project and are yet to launch. 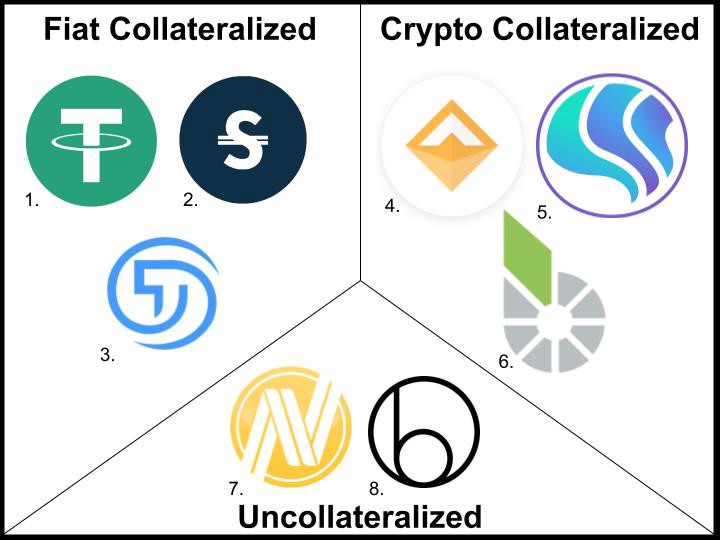 Tradeoffs of Each System

All three models rely on differing degrees of centralization. Centralization of asset control can lead to instability if the central party does not behave in a just manner. For instance, a fiat collateralized token must be audited regularly to prevent them from making more coins than there are dollars in reserve.

Some projects are attempting to create a decentralized oracle, one that would not require trust, but these projects are still under development.

Uncollateralized systems have no collateral and therefore have no underlying asset to derive their value from. As mentioned above, the lack of collateral makes an uncollateralized coin have fragile stability, if the trust in the holders is gone the value of it can unwind quickly.

The Future of Stablecoins

There are inherent risks in every model of stable coin. The two most important features of a stable coin are the ability to keep funds safe and to stay constant in its price. The three discussed methods all have merits, but all carry some risk. Fiat-collateralized stablecoins require trust, crypto-collateralized tokens cannot handle large amounts of volatility and still require some trust, and uncollateralized tokens carry the risk of a price death spiral due to lost faith in the assets value.

It is likely that exchanges will continue to use centralized stable coins in the near future. Tether is the most pervasive stable coin, and large exchanges such as Binance, Bittrex, and Bitfinex continue to use it. For institutions and exchanges, the tradeoff of decentralization for price stability and legal guarantees may not be worth it. The market will decide which of the three ideas will be the most successful, but until the decentralized systems become more robust, users will turn to the more centralized methods, especially big market players.

Disclaimer: Do not take this article as investment advice, but rather for educational purposes. I am not a financial manager or professional asset manager.

Izak Fritz is a computer science student at the University of Michigan. Izak is interested in how cryptography can be used to make the internet more robust and secure. He enjoys trading cryptocurrencies and also writing algorithms that trade for him. He is part of the stably.io team.