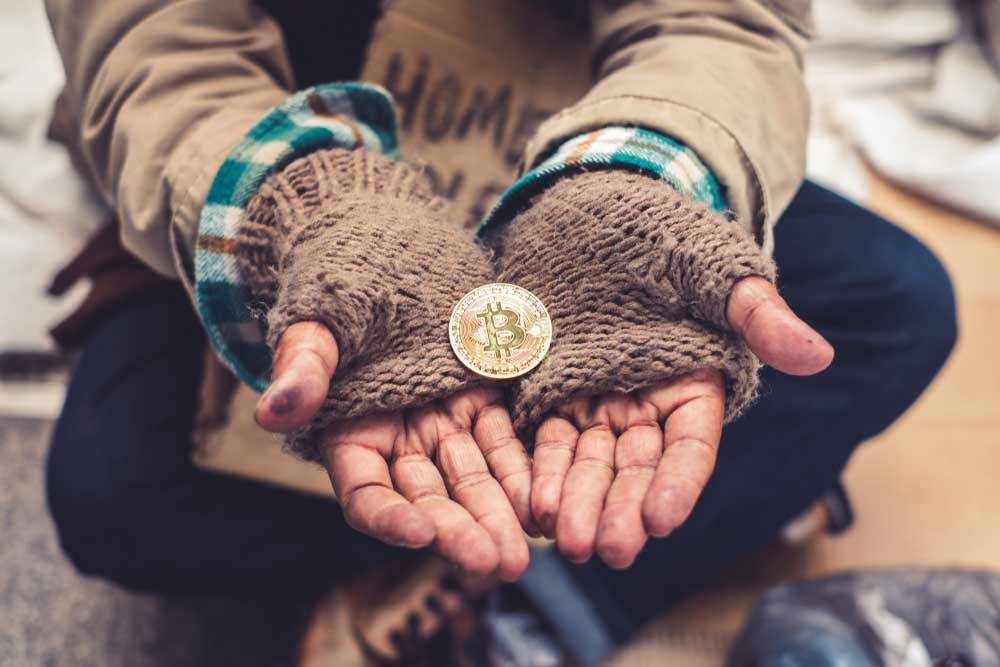 Many individuals first learned about digital currency when the FBI shut down the Silk Road website and arrested its founder, Ross Ulbricht. The online black market, best known as a platform for selling illegal drugs, also served to prove that Bitcoin (still relatively new at the time), was a pretty effective asset with which buyers and sellers could transact anonymously. Bitcoin would later pave the way for a new breed of virtual currencies and blockchain-based companies, some of which are now actively engaged in changing the crypto narrative from drugs to generosity and hope.

Radical change in technology is accompanied by greed and exploitation, which was the case with the Silk Road. A  number of tokens minted in the past two years have been dubious at best.  However, in the years since Bitcoin’s creation in 2009, we are now seeing how digital currency can be used to benefit humanity through charitable giving by individuals.  This has the potential to create greater accountability for non-profits and spark innovation by entrepreneurs who seek to use blockchain technology for good.

In 2017 a number of new companies came to market with tokens and/or business models that focused on bringing value to the non-profit market or “crypto-philanthropy” space.  One of the more interesting ideas to emerge uses blockchain technology to track donor giving to a non-profit and how those funds are deployed within its ecosystem. Companies like Alice and BitGive are providing platforms that enable donors to have visibility into a non-profit’s spending process and the ultimate outcome of their donations.  It’s not enough to simply trust charities any longer; we now expect a level of transparency that can be verified programmatically.

AidCoin, another platform that promotes charity accountability through blockchain-tracked donations, claims that 43% of donors don’t trust charities.  Their model requires that a donation is made using their Aidcoin token so that the funds can be tracked all the way through the organization’s workflow.  If the numbers are accurate, there’s clearly a need for a greater level of fiscal accountability within some of the non-profit community. These new platforms could prove to be a compelling solution if both donor and charity are willing to give differently.

There’s been a few exciting stories of crypto excess spilling over into the non-profit sector.  From actor Ashton Kutcher donating $4 million in Ripple (XRP) on The Ellen DeGeneres Show to an anonymous donor earmarking $55 million in Bitcoin to various charities, 2017 brought about some sizable donations from those who enjoyed appreciation on their digital holdings. Fidelity Charitable, which houses the nation’s largest donor-advised fund, saw a tenfold increase in contribution dollars of bitcoin and other cryptocurrency in 2017.  While the larger non-profits saw some cryptocurrency donations, there’s little data regarding the extent to which small and mid-sized non-profits have benefited from this new asset class.  A possible explanation is that most charities do not have the expertise to facilitate the acceptance and disposition of crypto-assets. While the actual process of giving, receiving, and exchanging cryptocurrency for fiat currency is relative simple, most charities have yet to take this step. However, some regional and nation banks are beginning to provide crypto banking services such as auto-exchanging cryptocurrency deposits for US dollars.  Leading exchange Coinbase has made it relatively simple for a non-profit to buy, sell and exchange a small assortment of leading tokens.

Donors give to charities for a variety of reasons, but have come to expect the tax benefits of giving.  Giving appreciated cryptocurrency is now a viable alternative to giving cash or assets.  The IRS has determined that virtual currency, such as Bitcoin, is an asset and does not have legal tender status.  As such, the tax benefits to the donor and the income benefits to the charity can be remarkable under the right circumstances.

However, as the delicate dance between tax advisors, financial planners, and non-profit fundraisers continues, there’s little room for risk when it comes to giving and receiving crypto-assets.  Some charities have chosen to wait until the SEC and IRS provide crystal clear guidance on how these assets are treated with respect to taxation and securities laws. In the meantime, the donors and charities that proactively seek out cryptocurrency as a new donation vehicle are likely to reap the greatest near-term benefits.

The good news is that we have, in many respects, drifted past the greed and exploitation phase of cryptocurrency.  The SEC is beginning to proactively take a stance on existing crypto-assets and new token issuances, while philanthropic entrepreneurs are innovating in the space.  As donors and charities alike begin to see the upside, we will start to see and hear more powerful stories about how digital currency is changing our world for the better.  Also, new online tools are coming to market that will enable charities to easily accept digital donations, so we should expect to see increased crypto-giving activity in the non-profit space.