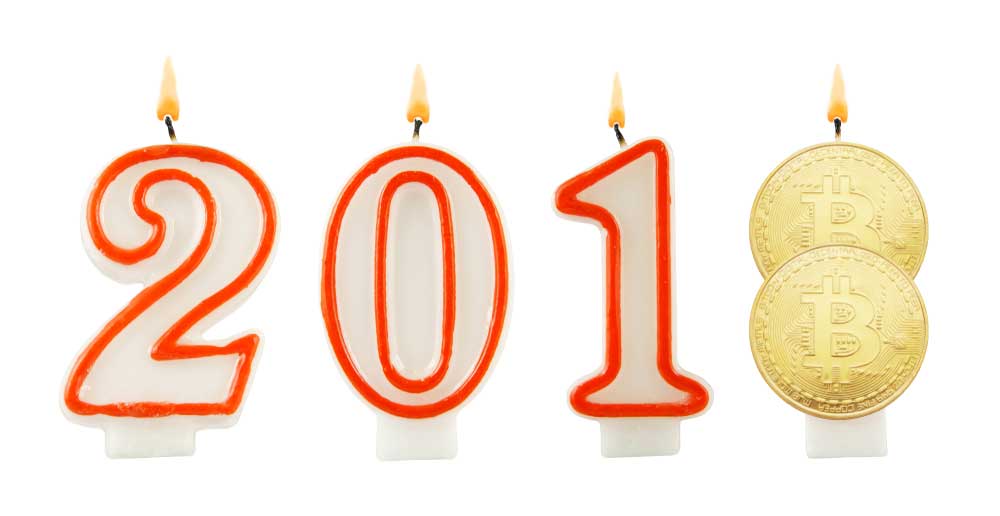 The Bitcoin: A Peer-to-peer Electronic Cash System was published ten years ago today, kicking off the crypto revolution and laying the groundwork for a new era of financial freedom.  For this notable occasion, Blockchain Beach is celebrating the white paper with leaders from the blockchain community, including exclusive comments about what the technology means to them:

Crystal Rose, CEO & Co-Founder of Sense: “I’m grateful to Satoshi — whoever he, she or they are — for having the courage and selflessness to gift the most positively impactful disruptive technology to the world.  Satoshi knew this mission would radically change the status quo and upset the largest of all incumbent systems. The Bitcoin technology was a gift to the world and we all benefit.  We are all Satoshi.

It’s important for Satoshi to remain anonymous. He, she or they have begun the revolution for disrupting every industry on the planet with an intermediary. For the first time, we see the horizon on becoming a truly global society and economy.  Bitcoin will forever be remembered as the fire starter to the digital revolution bringing power to the people. Bitcoin isn’t about money, it’s about power. Bitcoin is the beginning of the movement toward digital sovereignty.

Bitcoin started the chain of blocks – the blockchain – that will positively change the way we operate as digital beings, forever.”

Mark Jeffrey, CEO & Co-Founder of Guardian Circle:  “Ten years ago, the most important ‘startup’ on earth, Bitcoin, was born, and hardly anyone noticed. TechCrunch didn’t cover it. Sand Hill Road didn’t invest in it. The Internet ate telecommunications and publishing.

But Bitcoin and blockchain will eat world finance, money, law, banking, and real estate. That ‘meal’ is orders of magnitude larger than what the Internet disrupted — and we’re still just at the very beginning of it.”

Sandra Ro, CEO of Global Blockchain Business Council: “Happy 10th Year to the launch of Satoshi Nakamoto’s white paper!  Back in 2012 when I first read it, I did not immediately ‘get it’, took several tries but glad I did; it was a ‘game changer’ once I understood the implications…to the next 10 years: onward, upward, and let’s focus on how ‘human centric’ tech can help build a better society and serve those most vulnerable and excluded…if you have not read, give it a go, maybe a few times”

David Moss, CEO of StrongBlock: “Bitcoin was the spark of trustless transactions. That single spark lit the blockchain revolution fire, and created the most exciting technology innovations I have seen in my career.”

Sam Kazmian, President of Everipedia: The Bitcoin whitepaper was the first thing I read when I heard about Bitcoin in 2013 and wanted to actually figure out why it was so special. The first time I read it, I barely understood anything. But I kept thinking about it every day until it started making more sense slowly. After it really clicked that Bitcoin was something so novel that nothing like it existed before, I was hooked on crypto.

I started going down the rabbit hole into mining, altcoin research, and all things related to the ecosystem. I haven’t been out of it since. The Bitcoin whitepaper is like the bible of crypto. All crypto ideas build on top of the concepts in that 9 page paper. It’s so well written overall that it’s hard to imagine it was ‘just a project’ of some pseudonymous person.

Fred Kruger, Founder WorkCoin, EOS Lynx: The real way to think about Bitcoin is the first non-reversible form of digital money. It’s a very threatening, disruptive concept which has the potential to change banks, payments, and even the way entire governments are run. Bitcoin may not survive, but the core concept has now been demonstrated, and it will almost certainly change the world in a profound way.

Marc Weinstein, Wavemaker Genesis: Satoshi’s whitepaper was the catalyst that galvanized a movement. Its beauty lied in its simplicity. His (her, their) work is a testament to the importance of integrating multidisciplinary ideas to birth entirely new systems.

Morgan Steckler, CEO of iTrustCapital: “Happy Birthday to Bitcoin! Satoshi’s grand experiment is and always was about distributing power to the people. In 2008, Bitcoin wasn’t just a new economic tool, it was an inflection point for humanity.  The last 10 years were about proving the viability of an alternative to the financial system which created the 2008 global financial crisis.

The next 10 years of crypto are about building utility – solving problems for our world community, so that we are more resilient to bad actors, and allowing a more prosperous and decentralized form of money than ever before.”

James Glasscock, Elephas Ventures: “Satoshi made lists exponentially sexy. Blockchains — simply lists of timestamped transactions — are being used for everything from mobile money to new forms of fundraising to coordinating accountable communities without central control.

This is an existential threat to monopolies and oligopolies enabled thus far by the internet.”

Ben Sigman, Co-Founder of Squirrel, SheOS: “10 years later there is no question that the white paper is one of the greatest innovations, ever. One unit $BTC can be split into 100M parts and it cannot be destroyed or controlled by states.

People are now free to choose their own money and together we can #changemoney forever.”

Max Kordek, Lisk Co-Founder and Lightcurve CEO: “The publishing of the Bitcoin white paper by Satoshi Nakamoto a decade ago kickstarted a new era of technological innovation and global disruption that is continuing to this day.

However, the white paper is also responsible for the emergence of the underlying blockchain technology. Back then, the technology was simply a concept, a potential vehicle for technological innovation and inspiration. Ten years later, we have a robust global community forging the path ahead, carrying the technology forward.”

Bitcoin for Good: How Digital Currency Could Become a Powerful Tool for Non-Profits
‘Game of Thrones’: Hodor Returns to ‘HODL’ in New Commercials for Social Investing Platform
Advertisement