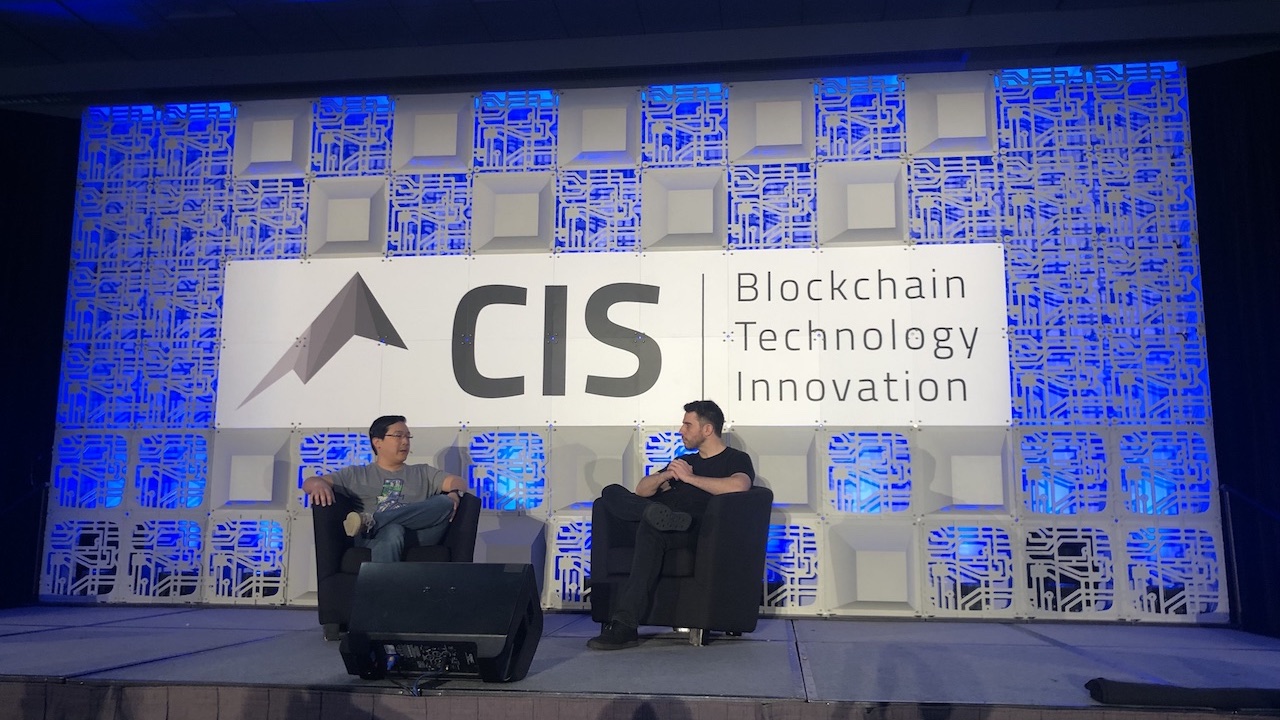 We arrived back at the Los Angeles Convention Center for 2019’s Crypto Invest Summit Spring to catch a live taping of Anthony Pompliano‘s “Off the Chain” Podcast with Pomp and Litecoin Founder Charlie Lee. We were not the first to arrive, as the Main Stage was packed from the start:

Here at an already packed @cryptoinvestsmt with a live “Off the Chain” Podcast with @SatoshiLite and @APompliano. Charlie joked that he’s taking credit for the recent Bitcoin price increase, since he always gets blamed for the drops #CISLA @josefholm @AlonGoren pic.twitter.com/a587ekuItT

Although neither would call the bear market over, Lee was willing to say that Bitcoin is successful:

Although Lee can’t predict the future, he can predict volatility:

“#Bitcoin (price) is volatile because nobody knows the future. It could become the world’s currency or it could cease to exist.” – Charlie Lee @SatoshiLite @litecoin #CISLA pic.twitter.com/RrL4YxrVmu

During Q&A, an attendee mentioned that when @litecoin was announced as the official sponsor of @ufc, it was the first time he’s seen a fight event’s live stream chat align on one topic #CISLA @SatoshiLite @APompliano pic.twitter.com/3qhZ3OAnc2

In between panels, we checked out the Convention floor and found CryptoBrekkie‘s Store of Value:

Next up was a panel with Shruthi Rao of Amazon Blockchain. Amazon has currently launched two projects in the space:

She does not believe that just implementing Blockchain into your supply chain will make it happen. There are many stakeholders that need to buy in:

“We think that decentralization is equal rights, but that’s not always true.” – @shruthialways #CISLA

With track and trace, for produce supply chains, for example, new processes need to be adopted and not everyone along the chain is incentivized to add extra steps to their day. pic.twitter.com/5zsOxglD9c

There are a lot of payment providers and wallets out there already. Why do we need others?

@KurtKumar shares this slide to show the current payments ecosystem. @chaumdotcom says that what will improve this system is protection of metadata #CISLA pic.twitter.com/EhD3auJAIc

Next up was a panel on investing and Security Tokens. CryptoOracle’s Lou Kerner is excited for the future:

@loukerner is much more excited about potential new advancements in Securities and investing than he is in taking old securities and putting them on the Blockchain @CryptoOracleLLC #CISLA pic.twitter.com/TEuCmkkYyx

Ownera’s Ami Ben-David had some advice for the Securities and Exchange Commission to help them move forward with regulatory innovation:

“The SEC should embrace the fact that they’ll be able to build regulations into code.” @amibendavid recommends that @SEC_Enforcement should start hiring Blockchain developers #CISLA pic.twitter.com/pojD8uEw8C

Weild & Co’s David Weild and Tokensoft’s Mason Borda are ok with the speed that the SEC is moving because they want them to get the regulations correct:

@weildco and @masonic_tweets agree that the SEC is in a tough position because they need to get the regulations correct the first time, so they don’t put regulations in place that hurt the industry and investors. They’re ok with them taking their time #CISLA pic.twitter.com/lCIpq8Qk3C

We closed the day with a panel on decentralized applications (dApps), but what is the definition of mass adoption of dApps?

What does “mass adoption” really mean? @amyywan, @bensig, and @emilyrbush moved the definition from their grandparents using #dApps, to being their parents using dApps #CISLA pic.twitter.com/lBeak4otPQ

ShEOS’s Emily Bush has been thinking a lot about the challenges for dApps:

Challenges dApps face from @emilyrbush, include:

1. Having a native token and people trying to buy/use it (both Crypto and non-Crypto users)
2. Price volatility
3. Marketing and messaging
4. Design#CISLA pic.twitter.com/dGX656ceon

Sense CTO Ben Sigman explained one of the benefits of EOS over Ethereum:

“One reason @SenseToken switched from Ethereum to #EOS was that it has human readable accounts (rather than long strings of letters and numbers)” – @bensig #CISLA pic.twitter.com/Kf4Ml4BDGq

Is Fortnite the model for Blockchain games?

@bensig and @shivcoin mentioned Fortnight’s V bucks that are being bought with US dollars and goods are being bought that have to stay in the game. They believe the future is digital goods in games that can be stored and traded outside the game #CISLA @SenseToken @goblockparty pic.twitter.com/yjha79kuyK

Check out our coverage of Day 2 with Brock Pierce, Miko Matsumura, and more here.