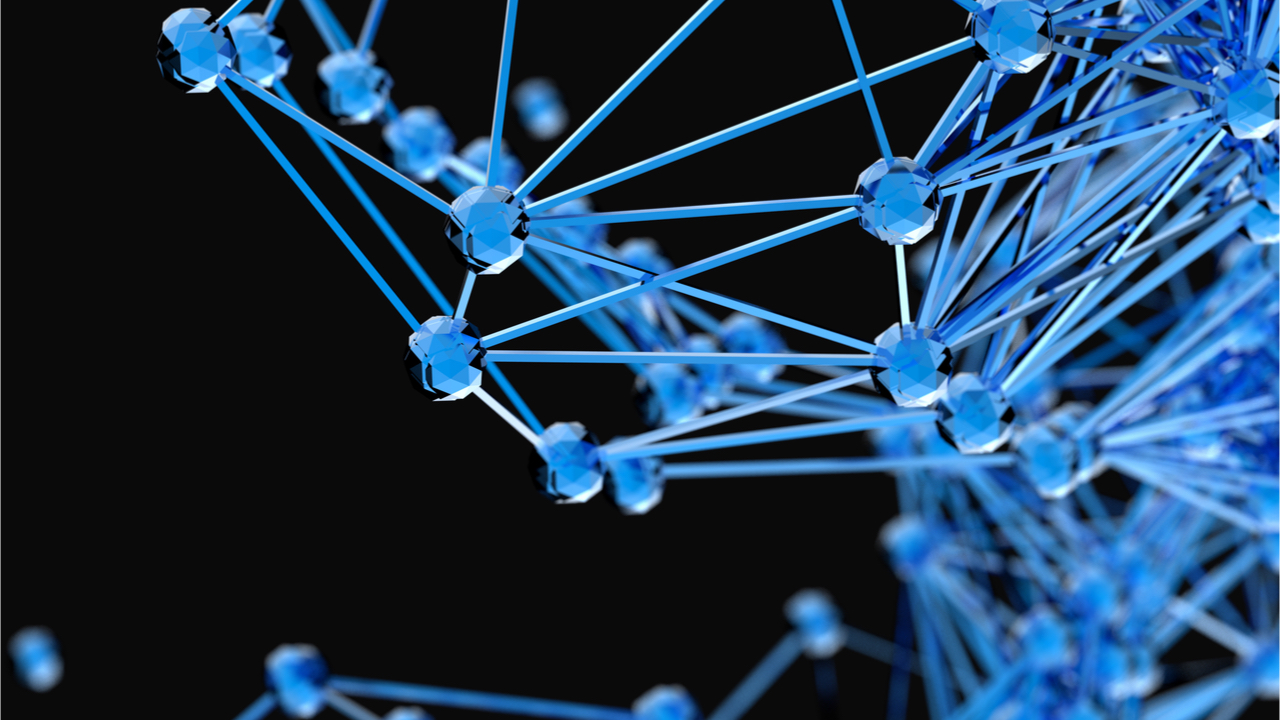 It’s a good time to be a Blockchain engineer. If you haven’t already become wealthy from investing wisely in Bitcoin, you’ll become wealthy just doing your job.

Of course, if you’re hoping to hire a Blockchain developer, well—the news is not so good.

As you probably already know, demand for Blockchain developers has simply outpaced supply. There simply are not enough to go around.

It makes sense; Blockchain is immensely popular: Don’t forget that oft-cited Juniper Research statistic: Fifty-seven percent of large corporations are either actively considering or in the process of deploying the technology.

It’s also new, so not only are there not a lot of trained developers in the marketplace, but schools aren’t minting them fast enough–if at all. University programs for computer science and the like have not yet incorporated Blockchain as part of their curricula, reports Block Discover, a company that analyzes cryptocurrencies, IPOs, and Blockchain startups.

None of this is unexpected. As early as 2016 companies were starting to scale back projects because they didn’t have the skilled workforce, according to Bitcoin Magazine. That was also the case in 2017, when many Blockchain-based startups were forced to put projects on hold because they couldn’t find the talent they needed, Block Discover reports.

A July 2017 headline in JaxEnter asks, “The rise of Blockchain: Are we falling short of competence to unleash the technology?”

The answer appears to be “yes, maybe.”

Compounding this shortage is the perennial challenge of developer turnover. Retaining developers, regardless of their area, can prove challenging. Stack Overflow’s 2017 developer survey found that 75 percent of developers indicate they are either actively looking for new jobs or “open to new opportunities.”

There’s high demand and low supply in a field already famous for its churn rate. That’s a frustrating situation, because without the right talent your Blockchain project will fail to launch.

If you want an experienced, skilled developer, you’ll have to pay for it. Blockchain developers have been earning 25 to 50 percent more than similar full-stack developers will be able to earn without Blockchain experience, according to Block Discover.

“Is there a talent bubble? Yes. We haven’t even seen it yet. There is an entirely new way for businesses to interact. It is awesome and, as this takes root, it will be revolutionary,” says Jerry Cuomo, IBM’s vice-president for Blockchain technology, quoted in Coin Telegraph.

“Right now, there’s this incredible opportunity where if you know blockchain, you are one in a million,” Anne Connelly, Network Lead at ixo Foundation, tells the [email protected] blog. “Whereas in a year or two, everybody’s going to know what it is and how it works.”

But until then, you need to find the right Blockchain engineers to manage your project. But, even if you are willing to pay the premium, how do you know you are getting the right talent?

Not Just Any Developer Will Do

It’s difficult to find the right people, and the precise skills you need will vary according to your company size, existing technology staff, the nature of your Blockchain project, etc.

One thing is certain: You need to be sure whomever you bring on board for blockchain development has the hard skills, the right mindset and the on-the-ground experience you need.

Blockchain development requires proficiency in an array of areas, including app development, security, engineering and, of course, a solid understanding of code and programming: back-end and front-end developers, those who understand codebases such as Java, C++, Solidity, Python and, of course, Hyperledger Fabric.

But keep in mind that all sorts of variables come into play.

As you are thinking about what skills to look for, it may be useful to hear what candidates are being told. Here’s what Ethan Heilman, co-founder of Commonwealth Crypto, is advising candidates to do: Teach yourself. “Blockchain for smart contract code is not very complicated, but not very many people understand it,” he tells Dice. “Being able to say you’ve written a solidity contract for the Ethereum Blockchain is a really huge thing.”

Along those lines, if your organization has the basic coding and engineering talent in place, you may want to train for Blockchain expertise.

It’s Not Magic: Grow Your Own

Blockchain development isn’t some esoteric skill set, inherently more difficult than other types of development. As Shidan Gouran, an angel investor with several Blockchain startups, told Bitcoin Magazine, “You don’t have to be a cryptography wizard to understand how to develop a Blockchain; you just have to know how to use cryptographic protocols. That’s something that people have been doing forever.”

To that end, many companies are hiring hire software engineers without much direct Blockchain experience, Dice reports.

And think about it: You want to build capabilities within your company and avoid long-term external dependencies that can hurt efficiency, productivity, and profitability. Whether the problem is bandwidth, expertise or something else, you eventually need to get your in-house team up to speed.

That’s why it makes sense to train some of your current developers.

Venture Beat points to the “enormous opportunity for organizations to build up the skill sets within their companies.” And that’s just what larger organizations are doing. For example, IBM, among others, has built its own training center.

Hatch Crypto, an Austin-based engineering incubator, launched a free Blockchain education program. The three-month training program is for current engineers and developers to learn the skills required to be blockchain-ready. Hatch recoups its investment when it places its students.

And although Blockchain may not be part of the curriculum in many programs, JaxEnter reports that several universities around the world are collaborating with private companies to develop Blockchain-related courses.

Having the right people with the right skills is only part of the solution.

Maintaining a consistent team over time creates less waste and more efficiency. It allows your project to move forward at a steady pace. You need more than warm bodies that can code. You need trust and collaboration.

That’s because Blockchain ecosystems require coordinated multi-organizational chains of data. “Without confidence in the ability of everyone on the blockchain to develop and deliver reliable software, there could be a reluctance to use a Blockchain ecosystem,” explains Adrian Daniels of Chef Software.

The implication? Blockchain development can’t be a solo gig. That’s why organizations, including IBM, are embracing and advocating a DevOps approach.

DevOps and Blockchain Were Made for Each Other

Although many Blockchain developers work alone, the technology is really not cut out for the solo engineer. That’s why DevOps, with its focus on cross-departmental integration and automation, is playing an increasingly important role in Blockchain development.

As the name suggests — and as you already know — DevOps is a linguistic and operational mash up of “development” and “operations.” Like “agile” and “lean” — both of which it somewhat resembles — it’s a philosophy. Amazon has one of the most helpful definitions for the uninitiated:

“DevOps is the combination of cultural philosophies, practices, and tools that increases an organization’s ability to deliver applications and services at high velocity: evolving and improving products at a faster pace than organizations using traditional software development and infrastructure management processes. This speed enables organizations to better serve their customers and compete more effectively in the market.”

So, why is it so important to Blockchain? “The efficiency, quality and consistency that the adoption of DevOps provides is exactly what is required for traditional organizations looking to embrace leading-edge technology such as Blockchain,” Andy Cureton, a DevOps consultant, explained in a recent ECS Digital blog post.

Blockchain projects often have manual testing and deployment techniques. But Blockchain requires participation from members across an organization. A DevOps approach streamlines the process and ensures trust by all stakeholders.

One example of a DevOps is pair programming. Two developers work from a single workstation. One writes the code, the other reviews it as it’s entered.

“Even before pair programming had a name, it was common to find programmers working in this manner, as programming lends itself to challenging problems that are often best solved by two people working together,” according to an IBM primer on the approach. A recent IBM blockchain webinar discusses pair programming and how to use Hyperledger Composer to model business use cases by employing a shared language.

Clearly, this is more focused on process and culture than on solo programming, and the goal is to build high-quality, resilient applications.

The DevOps predates Blockchain, but as Daniels put it, “Blockchain and DevOps were made for each other.”

DevOps emerged in response to a need to increase organizational agility, accelerate business transformation and speed response time, according to EY, the parent company of Ernst & Young.

“Organizations are adopting DevOps to accelerate overall software development lifecycles (SDLC), integrate agile development, continuous change management and rapid deployment. These delivery cycles need to be executed over a shorter period of time — sometimes as quickly as a few hours, according to EY.