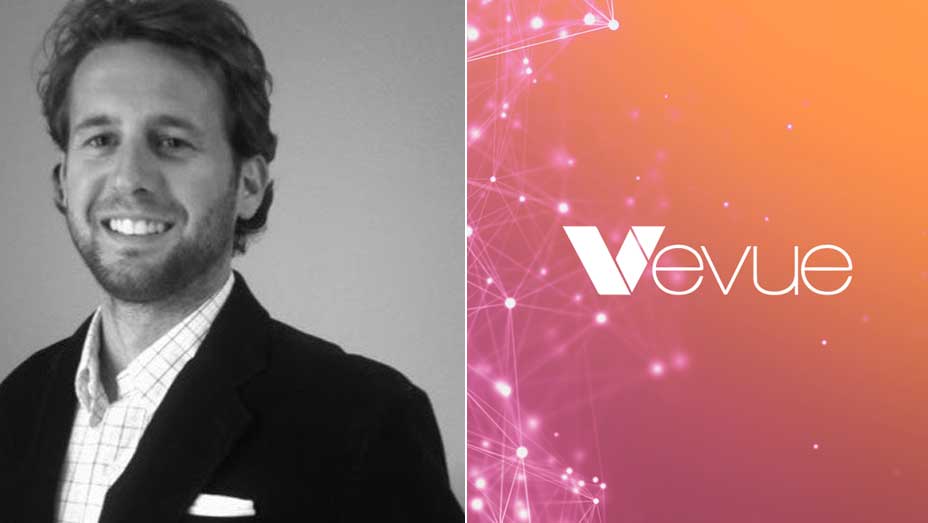 Blockchain Beach previously covered the premiere of “No Postage Necessary,” a film that was released on Vevue, a Blockchain powered network. Our contributor, Eric Calder, followed up with Vevue CEO Thomas Olson to learn more about Vevue’s network.

You’ve recently released your first full-length film “No Postage Necessary”, starring Charleene Closshey and George Blagden, best known as Athelstan in the hugely popular series Vikings. How did it come about?

The producer of the film, Jeremy Culver, first found Vevue through his fondness for the Qtum blockchain.  When we released our MVP, Jeremy participated in our holiday promos to see how the platform worked. He soon found the possibilities that the app could be industry changing for film and entertainment. So, he reached out to us about launching his film on the platform and the rest is history.  We are thrilled that we couldn’t have found a better partner to conquer this technological feat.

And I understand you’re working on your second release, a film scheduled to début in South Africa. What can you tell us about it?

Yes, for our second feature film we’re working with producer Lineo Sekeleoane to release her film Zulu Wedding. With this release we plan to coincide the scaling of our Airdrop Request system. Showcasing how anyone can earn and spend without using fiat/traditional systems.

Can you share with us your preferred elevator pitch?

How does your reward structure for content makers differ than YouTube’s?

Make a video, put it on the platform, and revenues come directly to you from subscribers — no middle man. You get nearly 100% of it, and your intellectual property is yours, protected by the blockchain.

So for professional productions the content is made available as a premium offering. It sits behind a micro-transaction paywall and users can access it with their tokens.

Is it true that in your system is that content production can be done on spec?

Yes, we have a feature we call “Vevue Requests.”  Basically, any user with coins can pin them on a map and request a video. Users at that location can pick up the coins by satisfying the request. So say you couldn’t make it to a concert you really wanted to attend. You drop some coins, someone there makes a video and puts it up on the platform for you to watch.  There is a myriad applications for this kind of functionality.

How Can Users Earn Tokens?

Our “Map Running” feature allows users to perform tasks pinned on a map, mostly to produce content that is later aggregated and federated to outlets such as Yelp, Google Local or Rotten Tomatoes. Our API automates the entire process.

So imagine that you’re a restaurant owner, you drop coins on your restaurant, Vevue users show up, make videos with their friends of the place, and those vids end up as reviews on Yelp.

When did you start? And how did you arrive at the conclusion this technology needed to be developed?

My journey of creating Vevue started in 2012 while living in Capitola, California.  At the time, Google Glass had just launched, and I would take walks along the cliffs and imagine new ways to share the experience. At that time, I was also learning about Bitcoin, Blockchain and how micropayments could incentivize interaction in ways not possible with fiat transactions.

That’s where the original idea of pinning Bitcoin to the map to incentivize a response was born. I imagined combining the technologies to travel the world creating immersive experiences

How did you raise funds for the project and what was the experience like?

I spent the first 2 years refining the vision and launching our first Android prototype. Then in 2014 I met our co-founder, Xiangyu Meng, accelerating our blockchain integration.  But it wasn’t until June 2017 that we raised our first funds—everything was self-funded by me until this point.  We pitched to the newly launched Qtum blockchain foundation, and that same day they invested in our team, raising $250,000 in the form of BTC, shared office space at their Shanghai headquarters and an advisory role/incubation period.

By October of 2017 we launched our ICO. We did a silent launch spending $0 on marketing and only accepting Qtum, lasting 3 months. We raised 70,000+ Qtum or $2.5 million at the time.  The experience was scary at first because all around the world governments were taking strict action to limit crypto trading and ICO funding. Most of the Qtum raised was from our South Korean community.

How big is Vevue now, and what are your plans for growing the network?

Vevue is one of the few Blockchain projects with a working application.  Even with the current bear crypto market we’ve grown our iOS user base to 2,650 (as of today) daily active users, with another 1,000+ using our web client — a total of 10,000+ downloads. We expect these numbers to continue their uptrend as we prepare to build for Android and release new content & features.

We’re especially excited about the upcoming content that will be provided by our musical partnership with “Lost Under Heaven”, including using Vevue Requests to crowdsource video content for an upcoming music video release. Then taking the model on the road for a “tour diary”, interacting with fans in ways that wasn’t possible pre-Blockchain.

We also recently added Jeremy Culver and Srinivas Nemani, as Head of Vevue Premium and Lead for Vevue Labs, respectively. With these two additions we’ll work to quickly scale our film and music content along with building Vevue’s decentralized developer platform.  Srini is also preparing to launch the first “surveillance smart contract” — that will be able to track the life cycle of any content. Working in conjunction with our “Copyright smart contract”, if someone copies content tracked by our technology, including videoing or recording a screen, our platform will be able to identify the owner of the device/system where the content was last played.

What is your biggest challenge at this point and how are you working to overcome it?

Like many DApps, we now hold the responsibility to bring Blockchain to critical mass. This can only be done through useful applications with a good user experience.  We don’t need users to understand how the blockchain technology works, we just need people to know that there’s a new internet that provides security, ownership and control to those who use it.

With this in mind, our biggest challenge is growing the user network. Many think that it’s an either or choice, such as to leave YouTube for Vevue. But to us, it’s not about that. Our goal is putting Vevue into the roster of the social and entertainment apps that you already interact with.  We build to provide an experience that teaches creators there are new options to monetize their influence.

As a Blockchain application, your network is inherently tokenized and currently you’re airdropping via the app. What is the philosophy behind this initiative?

I think the deep seeded philosophy begins with wanting to spread cryptocurrency into every last crevice of this planet — disrupting outdated models and redistributing wealth in a way that empowers a new level of transparency for society.

On the more enlightened side, traveling the world through immersive experiences (I should mention Vevue is already VR/360 compatible), connecting with new people from different cultures and bringing Google Maps to life. But practically speaking with what we can do now — use Airdrop Requests to provide high quality video reviews to business profiles like those provided on Yelp or Google Local.

These videos add value to the Vevue API and represent an opportunity for monetizing, while also bootstrapping a new category of influencer.

What other use cases have you come across for dropping coins on a map?

One of the best parts of talking with others about Vevue is I’m often interrupted as the light bulbs go off and they see how Vevue could be used in their everyday life.

Whether it be a real-estate agent wanting to see a quick view of a potential listing, a college student wanting to see what’s going on at the next house party before attending, or a traveler wanting to explore a recently booked location before arriving—it’s fun to talk about all the possibilities!

What else is coming? What are features and breakthroughs we can expect in the near to mid term?

We have a few new features that are in development that will enhance the user experience and make the app more fun to interact with:

How do you see Vevue’s place in the world over the long term? A replacement for Netflix?  Involved in content production? Perhaps serving as a guild representing content creators?

We are laying the foundation of what is to come for content sharing, particularly in entertainment. Rather than a replacement, I think we are pioneering the systems that larger enterprises such as Netflix and YouTube will need to adapt later to survive.  Ultimately, Vevue’s mission is to empower creators.

If we can prove that the user exchanges that happen on our platform are meaningful, then we have done our job. It’s all those vloggers and video enthusiasts who made YouTube what it is today, and it’s the creatives who came up with all those great shows for Netflix to produce.

It’s time that we give these minds the tools they need to truly own their craft and help it grow, which involves disrupting today’s ad and subscription based models.