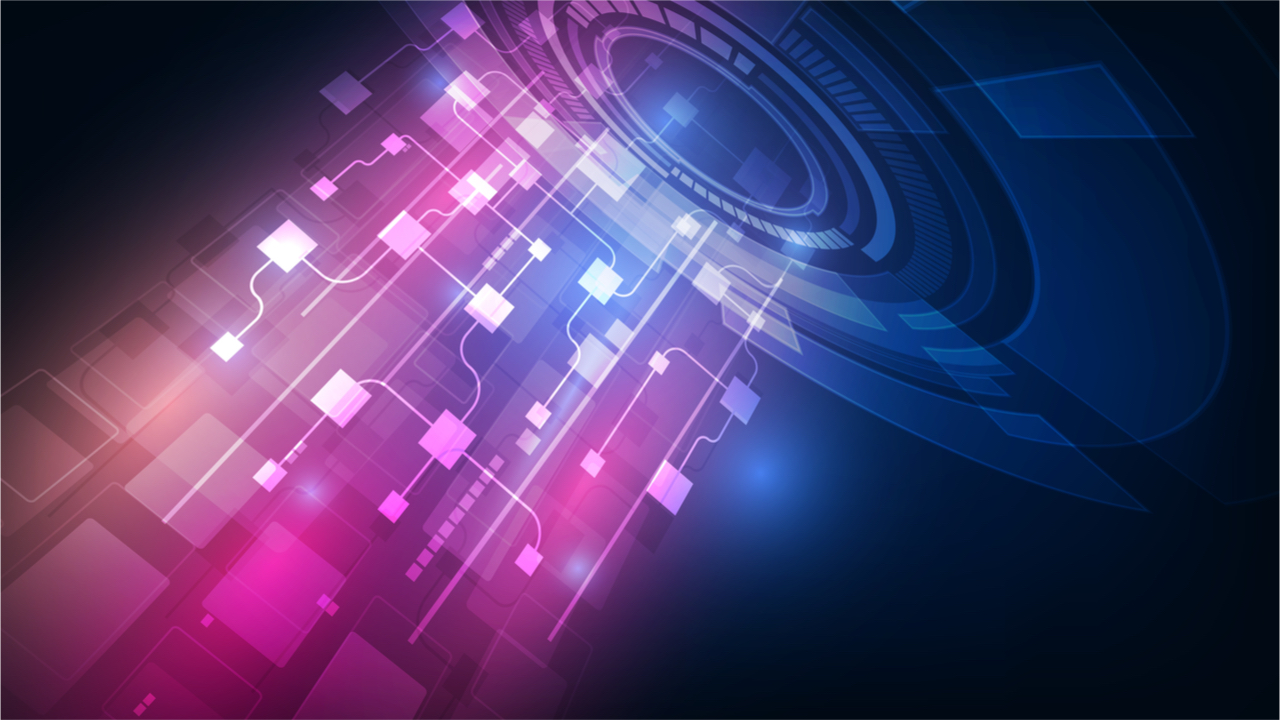 Bitcoin is dead! Or so you may have been led to believe by the financial media, like this article from Marketwatch or this headline from Bloomberg. For those of us that have been in this industry for many years, it’s easy to ignore these proclamations, knowing that Bitcoin was pronounced dead over 100 times before we even hit the summer of 2016.

This year in blockchain is certainly the year of the dApps as everyone moves from HODL (crypto slang for investing in tokens and holding them) to BUIDL (the notion that the price of tokens is less important than innovating by building world changing dApps).

Bitcoin Was Just the Beginning

On January 3rd, 2019, we celebrated a major milestone: the 10th anniversary of the very first blockchain transaction on the Bitcoin network. It’s easy to confuse blockchain with cryptocurrency and Bitcoin is part of the reason why. In the original Bitcoin whitepaper, written by the illusive Satoshi Nakamoto, the cryptocurrency and the blockchain were synonymous, both named ‘bitcoin’ with a capital letter ‘B’ as the only differentiator to define the network.

Today the majority of people still define blockchain as cryptocurrency, mainly because it’s the most popular application they can point to. Bitcoin can be thought of as the first application built utilizing a global decentralized ledger system, or the blockchain. There is no central company controlling the network, making the entire ecosystem nearly impossible to shut down by any central authority. There is no CEO and no customer service (although you can find many Bitcoin developers on Twitter and Reddit).

The code is open source, making it accessible to anyone to replicate, known as a “fork”, and utilize for new projects. You may have heard controversy over the “real Bitcoin” from it’s forked derivatives, like Bitcoin Cash, Bitcoin Gold, and Bitcoin SV, which all have their own blockchain, developers, and community supporters.

Bitcoin is a protocol built around value, similar to the HTTP format for the internet and the SMTP standard for email. Due to the way the network processes transactions, it is slow and relatively costly, which makes it difficult to use in place of a secure database for anything other than storing and trading bitcoins. Yet, relative to a traditional bank transfer, it is far faster, cheaper, and more secure, which makes it a better option for global value transmission.

However, in the world of microtransactions and data transfer, it is highly inefficient. Still, the immutable, decentralized ledger is the most attractive solution to the world’s data problems, so the next generation of blockchain protocols was a natural evolution toward building outside the financial system. 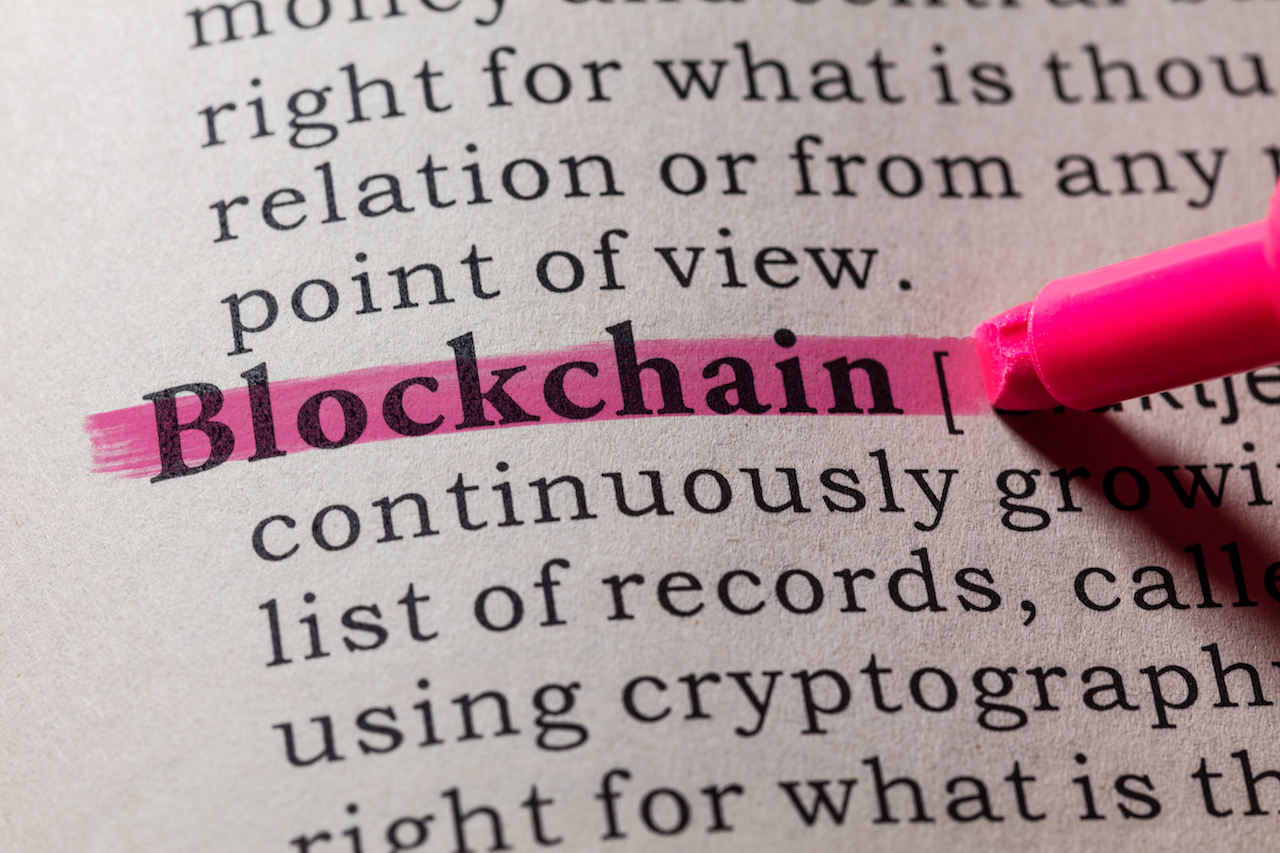 Early in 2018, it became official: the words ‘blockchain’ and ‘cryptocurrency’ were added to the English dictionary. Merriam-Webster also added an alternate definition of ‘unicorn’, referring to a startup valued at $1 billion or more. The next big definition refresh for this year might be for ‘decentralization.’

The Difference Between Apps and dApps

The very first “distributed App” you may have encountered was Napster, an application that connected user computers around the world together to share files. Napster removed intermediaries from the file download process. Where Bitcoin takes the middleman out of a financial transaction, a dApp takes out the middleman from any transaction, including data transfer. 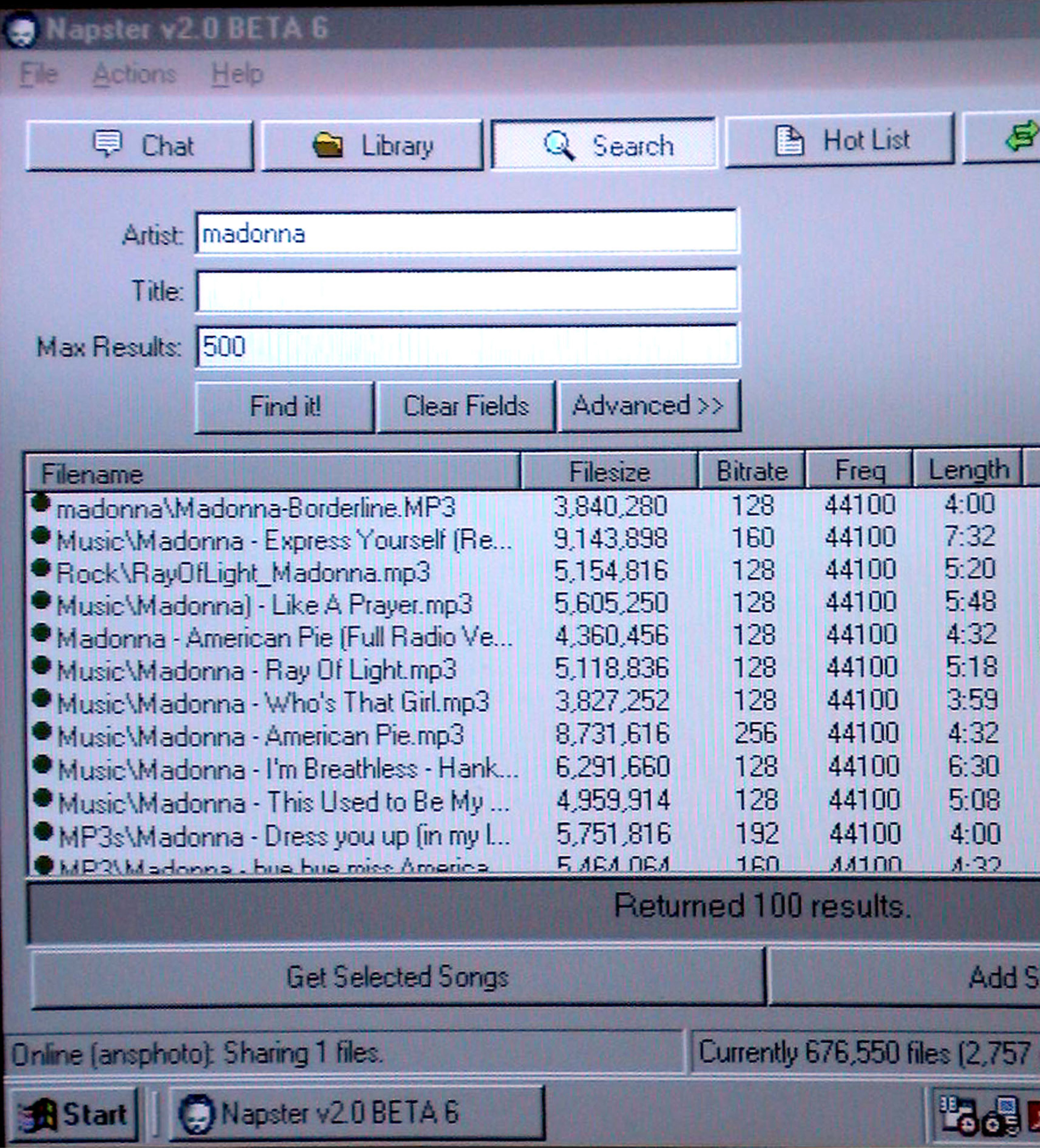 In contrast, a traditional (centralized) app operates under third party control. Facebook runs on centralized servers, so every message you send in Facebook Messenger is owned by a single authority who stores it and has the right to read its contents (and they do). It also has the right to censor content – all images and links posted inside of ‘private’ messages on Facebook are scanned to ensure it abides by the company’s rules, or it is flagged by AI and taken down by human moderators. A centralized messenger can read and store your messages, track you, and sell your data for advertising.

A decentralized app, on the other hand, has its code running on a peer-to-peer network designed to avoid any single point of failure and to provide a trustless system among its users, rather than relying on a single authority (or corporation). Some decentralized networks reward users in tokens for providing resources to support the whole. On a peer-to-peer network, a dApp connects its users directly and transmits data securely to only the parties who are sharing it. A decentralized messenger, like Sense Chat, from my company Sense, is resistant to spying, privacy breaches, and data storage. We wouldn’t be able to read your messages, even if we tried.

The Explosion of Tokens

Ethereum was the first ‘smart’ blockchain on which logic was introduced to the transactions and allowed development of truly decentralized apps. Using ‘smart contracts,’ Ethereum enabled a standardized, easy-to-create token protocol called ERC-20, that enabled anyone to easily create a token on top of Ethereum. And anyone did – with hundreds of tokens raising over $28Bn in initial coin offerings (ICOs) by Q3 2018. 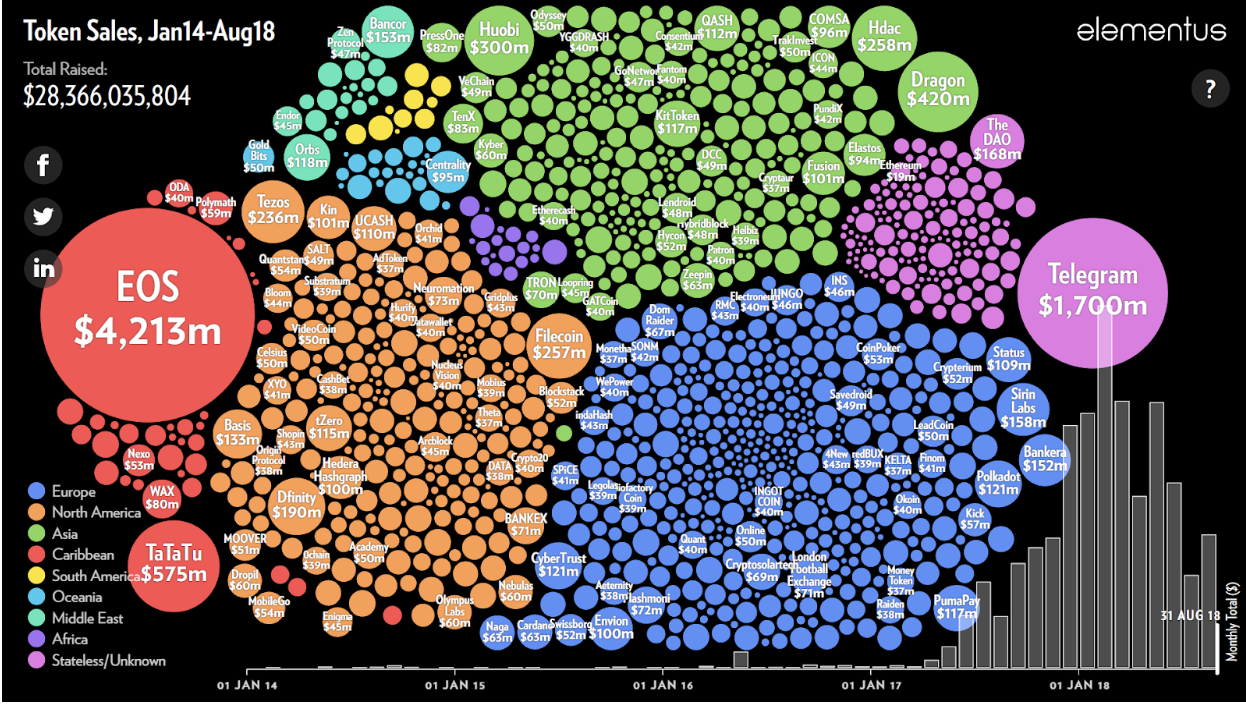 These tokens and attempted dApp launches unveiled the problems with Ethereum, the largest of which is a non-starter for anyone investing out of Silicon Valley or abroad: the inability to scale. The capacity of the network was evident in late 2017 when the whole Ethereum network slowed down after choking on a hairball from the CryptoKitties game – at the time the dApp was consuming 15% of the entire network’s resources to run. Anyone trying to use the network at this time felt the pain of their transactions hanging without processing, in some cases for over 24 hours.

In order to process a transaction on the Ethereum network faster, a higher fee, known as “gas”, can be paid, resulting in a reshuffle of pending transactions to prioritize those that pay more. This is inefficient for microtransactions, and even unreasonable in the traditional payment processing world. All of these lessons were learned on what was the most prolific application-forward blockchain, but still with a maximum of only tens of thousands of users a day. This makes one wonder how an application with millions of users would scale on the Ethereum blockchain network. In short: it wouldn’t.

Ethereum started the dApp movement, enabling developers and entrepreneurs to learn a new model of building projects and funding them in a distributed, global manner through the sale of tokens.

Last year, several large scale protocols came online to solve the scalability problems of Ethereum for dApps. In order to maintain utility and scale, many dApps will have to move to new chains, and port their tokens with them. Protocols are being created to move tokens off the Ethereum blockchain and onto other chains, such as the ERC-20 to EOS-21 teleporting protocol which easily lets any project move onto the EOS blockchain, a blockchain without transaction fees and with incredibly fast processing power.

The first of these projects to move tokens from the Ethereum blockchain to the EOS blockchain is the aforementioned Sense Chat, a messaging protocol allowing peer-to-peer video, text and audio chat as well as crypto transactions (SENSE).

Disruptive dApps to Watch Out For:

During this year of the dApps, we may find that decentralization is deemphasized as users equally embrace blockchain applications (bApps) primarily run by centralized companies. We’ll also consider crypto apps (cApps) apps whose primary function is tracking, storing, or trading cryptocurrency and may not be decentralized, running on native iOS or Android. Whatever your favorite letter of the alphabet, apps built on blockchain technology are on the rise, threatening to replace centralized counterparts across every major category, including:

Messaging
Sense.Chat (www.sense.chat)
Decentralized messaging on the blockchain. Private, with no data storage, no spying and no servers in between. Positioned to take on WhatsApp, Telegram and Facebook Messenger.

Information
Everipedia (everipedia.org)
Wikipedia with cryptocurrency rewards for contributor. Wikipedia Co-Founder Larry Sanger is the Chief Information Officer of the $30M backed startup seeking to reward users for contributing to a global, distributed information database on the blockchain.

Social Media
Steemit (steemit.com)
The decentralized social publishing network akin to Reddit, is one of the top 3 performing blockchains with a reported 500,000 users. Contributions to the network, such as posts and upvoting are rewarded with tokens (STEEM).

Finance (cApp)
Gem (gem.co)
The new era of financial management tools are for your cryptocurrency portfolio. Gem is the Mint.com of the crypto portfolio space. Other personal wealth management apps are gaining popularity such as B21 (b21.io) and Coinflash (coinflashapp.com), allowing you to invest spare change on purchases into crypto, similar to Acorns.

Squirrel (getsquirrel.io/)
This crypto app allows you to easily track your digital currency holdings across multiple exchanges. One of its main differentiators from others in its category is that it is completely encrypted and they do not share (or sell) your portfolio data with 3rd party companies.

Utilities (bApp)
Brave Browser (brave.com)
An open source browser that allows the user to browse the internet privately and more transparently. Brave blocks ads and unwanted content and uses a blockchain based token (BAT) to allow micropayments for supporting publishers, rather than ads.

Entertainment
TaTaTu (tatatu.com)
Users can earn tokens to watch content, share pictures and video moments. TaTaTu rewards you with tokens for your time online: the more you watch the more you earn. (TTU)

Crystal Rose Pierce is a prominent technologist, entrepreneur and investor. She is the CEO and Co-Founder of Sensay, a communications company building SENSE private messaging and decentralized applications on the blockchain. She raised $21M in capital with prominent institutional VCs and completed a successful ICO for the SENSE digital token, and is anticipating the coming release of her company’s fully decentralized messaging application, Sense Chat (http://sense.chat). She is a co-founder of shEOS, a female-run block producer on the EOS network and the shEOS Foundation, providing computer science scholarships to young women. Crystal previously founded a digital interactive agency producing apps, enterprise applications and e-commerce solutions for brands. She then co-founded two technology startups and established an angel investment fund.

Will Blockchain Revolutionize the Art Market?
Experts Weigh in on Facebook’s Acquisition of Blockchain Company
Advertisement