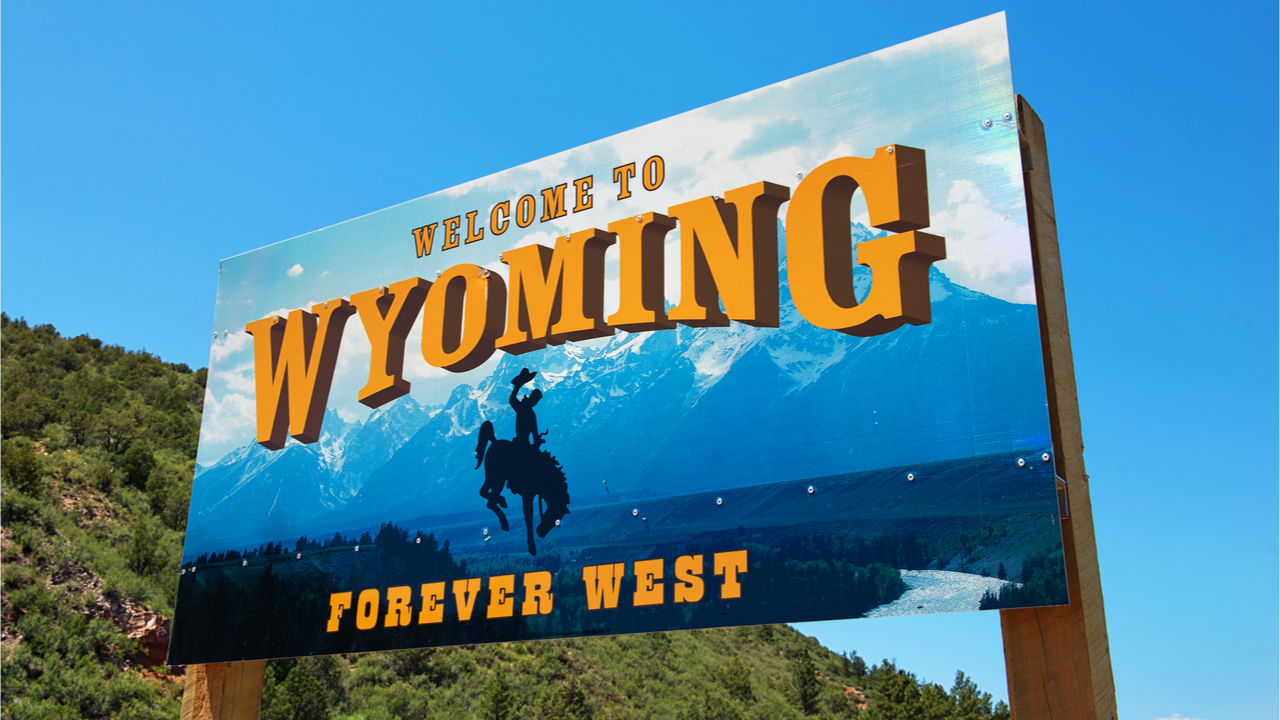 On Wednesday, June 27th, Blockchain Beach attended an event hosted by DNA Fund at their event space, SEED. The topic of the day was “Wyoming,” as we were joined by entrepreneurs, educators, and legislators from the 44th state in the union. You can find all tweets from the event using #DNAWyoming.

DNA Fund co-founder, James Glasscock, kicked off the day with his opening statements, including the importance of community in pushing forward the adopting of Blockchain technology:

Opening remarks from @molecularzen: “@ThisIsDNA has been about community from the beginning. We’re the .5% who have taken the (#crypto) red pill. Community is one of the ways we’ll bring the other 99.5% along #DNAWyoming pic.twitter.com/eNbAFjwOfn

We then moved on to the first panel of the day:

This panel helped the crowd understand the benefits of starting a Blockchain business in Wyoming:

“Wyoming has no income tax and five digital currency bills, including having it a valid form of trade and not subject to properly tax” – @DAPCPA #DNAWyoming

and then how Wyoming came to be such a forward thinking state on this topic:

“My first thought was “what is Blockchain and who cares?” I then saw the Delaware Blockchain Initiative and knew that it belonged in Wyoming because that’s how we treat our businesses. Delaware Initiative got caught up in red tape” – R. Jennings @beefchain #DNAWyoming

Wyoming is looking out for everyone, not special interests, like the banks:

“We’re creating an environment that makes sure investors, developers, AND consumers won’t get screwed over.” – R. Jennings @beefchain & the Wyoming Blockchain Coalition #DNAWyoming

“We’re getting close to having a bank that’s outside the federal banking system. The banks don’t like that.” – Senator Ogden Driskell #DNAWyoming

And you don’t have to go through a lot of red tape to register your business and even launch a utility token, just visit their website, blockchainllc.io:

Register your Blockchain company in Wyoming today via https://t.co/FMBUmO3hxF #DNAWyoming

If you do want to operate a Blockchain business with users in the United States, even if you are incorporated elsewhere, a government can still come knocking. Rob Jennings, co-founder of Beefchain, had a interesting point along those lines:

“All respect to Puerto Rico and Malta, but you don’t want to end up in a court there compared to Wyoming. The Wyoming Trust Laws are made to protect your business” – R. Jennings @beefchain #DNAWyoming

Do you have a Blockchain use case that you need a partner to test it with? Wyoming may be the place for you:

“Wyoming is a great place for use cases. We have hospitals, businesses, etc looking to partner with Blockchain companies. We’ll help match you” – R. Jennings @beefchain #DNAWyoming

And they’re far from finished when it comes to favorable Blockchain legislation:

“The next laws we’re looking at include Blockchain currencies as legal tender and giving the courts guidance on what information they can accept as evidence and what smart contracts can legally accomplish” – D. Pope @DAPCPA #DNAWyoming

After getting our fill of Wyoming beef that had been tracked from calf to plate using Blockchain technology, we sat down with University of Wyoming professors to talk about their students and Blockchain curriculum:

If you’re concerned that starting a company in Wyoming will leave you searching for talented engineers, the University is working to assuage you:

“University of Wyoming is strong in computer science. Students are coding in Ethereum. Most leave the state because they can’t find enough tech jobs, so Blockchain businesses in Wyoming have a huge pool to recruit from” – P. Jain #DNAWyoming

And the same goes for Cyber Security experts:

And your Finance and Operations professionals:

“A finance curriculum at U Wyoming starts with the basics, like what a distributed ledger is (which is not even finance).” – P. Treick #DNAWyoming

We ended the day with a showcase from some of Wyoming’s top entrepreneurs:

They each gave a first hand account of why Wyoming is a great place for Blockchain business, including Nathan Delong from AlterVerse:

“@beefchain is “so Wyoming,” but is still so cutting edge” – Nathan Delong @AlterVerseGame on what’s great about doing business in Wyoming #DNAWyoming

NODE Haven was one of the first Wyoming Blockchain companies: “For someone who is a patriot and wants to stay in the US, Wyoming made it really easy to register, create a utility token, and not have to leave this country” – Charles Dusek @MENTELEUM #DNAWyoming

And Tony Rose from BeefChain:

“Entrepreneurs need to be encouraged to build great companies in the US. Too much of their time has been talking to lawyers, rather than on innovation” – @tonyrose023 @beefchain #DNAWyoming

We also heard from DATA, the Digital Asset Trade Association, who works closely with Wyoming legislators in crafting these forward thinking bills:

Wyoming Senator Ogden Driskell left us with final words of wisdom and encouraged everyone to call their local politicians and speak to them if possible:

“When you want things from legislators, call them. It’s a whole different touch than using lobbyists. Our ideas are your ideas. You’ll be surprised how close the language in laws can be to what you contribute” – Senator Ogden Driskell #DNAWyoming

All in all a great event with a unique perspective for everyone to consider. If Wyoming can push forward these laws and get them to be uniformly adopted across states, it may slow the drain of Blockchain innovation that has been happening in the US due to the uncertain regulatory environment.

SEC: Bitcoin and Ether Are Not Securities – What Does It Mean For Others?
Distinguished Blockchain Leaders Testify at US House Subcommittees
Advertisement