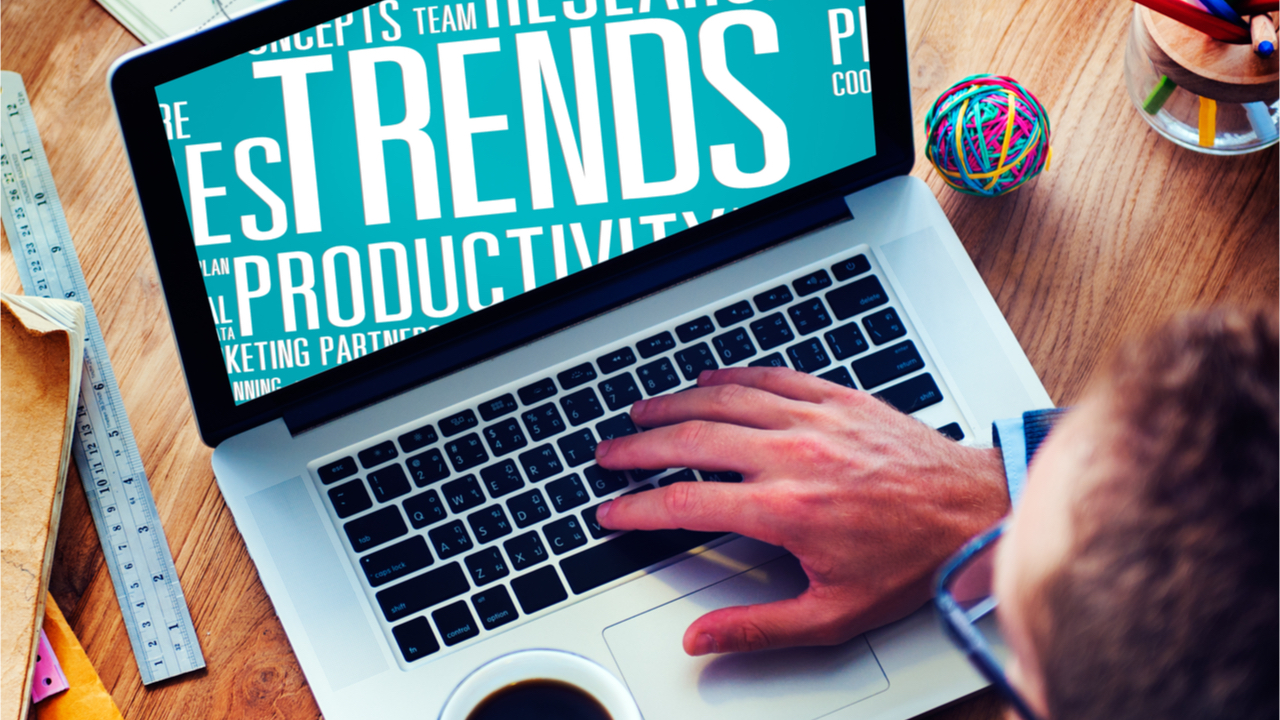 Blockchain technology development continues to move ahead, but this year at perhaps a more deliberate pace than during 2017. More companies may be asking “What is blockchain technology?” but that doesn’t mean they’re ready to jump right in — at least not anymore.

1. The Marriage of IoT and Blockchain

“The decentralized, autonomous, and trustless capabilities of the blockchain make it an ideal component to become a foundational element of IoT solutions.” — Blockchain/IOT/AI expert Prof. Ahmed Banafa

IoT integration tops our list for a couple of reasons. First, it’s a legitimate trend. We’re seeing more blockchain deployments in IoT. Some are documented in a report from CB Insights, which lists startup as well as old-school players such as IBM.

In fact, by 2019, 20 percent of all IoT deployments will have basic levels of blockchain services enabled, ICD’s FutureScape report predicts.

And that gets to the second reason: Blockchain solves a real-world IOT problem: security. We know that conventional approaches to security won’t protect IoT-connected devices; attacks are on the rise and we don’t expect to see a slowdown.

“Many experts believe that Blockchain technology is the missing link to settle security, privacy, and reliability concerns in the Internet of Things and could perhaps be the silver bullet needed by the IoT industry. It can be used in tracking billions of connected devices, enable the processing of transactions, and coordination between devices; allows for significant savings to IoT industry manufacturers. This decentralized approach would eliminate single points of failure, creating a more resilient ecosystem for devices to run on. The cryptographic algorithms used by Blockchains would make consumer data more private.” — Blockchain/IOT/AI expert Prof. Ahmed Banafa

Even apart from the security concerns, the centralized approach is impractical. It makes more sense for devices to exchange data among themselves directly. As one Forrester Research analyst points out, for IoT to live up to its potential, devices will eventually communicate “directly, autonomously, and securely with each other.” By doing so, they could manage updates, bugs, energy management, etc.

As with all technologies that grow in popularity, the value of hacking them increases. — Information Age

Security isn’t just an IoT consideration. Expect more attempts to hack and undermine blockchains, Information Age warns. As with all technologies that grow in popularity, the value of hacking them increases. Some expect 2018 will be the year where any companies that are serious about blockchain need to really get their own security issues sorted. The potential for financial (and reputational damage) is too big to ignore.

While we’re talking about undermining blockchain, let’s not forget about scams. Gartner’s Christy Pettey points out the exuberance-fostered hucksterism employed by companies “with dubious blockchain abilities” who add “blockchain” to their name or business offerings to increase their stock price. Along those same lines, expect more companies to launch ICOs as a way to generate investment funding, reports Information Age.

“Trough of Disillusionment: Interest wanes as experiments and implementations fail to deliver. Producers of the technology shake out or fail. Investments continue only if the surviving providers improve their products to the satisfaction of early adopters.” — Gartner

Irrational exuberance is waning: Blockchain development is sliding off the “peak of inflated expectations” and moving to the “trough of disillusionment” in Gartner’s hype cycle.

It’s a drum we keep beating: Blockchain is not the answer to every problem — not even to most problems. “It is critical at this stage in blockchain’s evolution that hype is recognized, and the emergent nature of the technology and its capabilities are clearly understood,” Pettey says. Businesses need to think about how to create platform-based business models and then think about the technology needed to support that change.

So we may experience a bit of a slowdown compared to 2017. That’s a good thing.

In fact — and we’re turning again to Gartner — only 1% of CIOs indicated any kind of blockchain adoption within their organizations; only 8% are actively experimenting or planning for the short-term.

“This year’s Gartner CIO Survey provides factual evidence about the massively hyped state of blockchain adoption and deployment,” says David Furlonger, Vice-president and Gartner Fellow. “It is critical to understand what blockchain is and what it is capable of today, compared to how it will transform companies, industries, and society tomorrow.”

Rushing into blockchain deployments “could lead organizations to significant problems of failed innovation, wasted investment, rash decisions, and even rejection of a game-changing technology,” he warns.

Just look those who did rush in.

4. A Reckoning and a Winnowing

“In 2018, we expect to see a number of projects stopped that should never have been started in the first place.”— Forrester analyst Martha Bennett

Some early movers — those who overestimated the impact of blockchain — will cut their losses and leave blockchain, reports Finextra. Not all blockchain technology applications were meant to be, after all.

“Overinflated expectations are nothing new to the tech industry, though, and there are enough serious players engaged that it’s hard to dismiss blockchain as all sizzle and no steak. Expect a winnowing as reality sets in,” CNET reports. Blockchain-in-name only companies, pointless tokens, useless DApps will gradually be weeded out, say experts.

In 2018, expect greater due diligence, Cyrus S. Khajvandi, COO of Mobius, wrote in the International Business Times. ”Like the dot-com bust of the early 2000’s, real companies — like Amazon, Google, eBay, or PayPal — will emerge through a crowded field of tulips.”

“We can expect to see even more Blockchain applications springing up in the financial sector in 2018.”— Finextra

Disillusionment may be setting in, but blockchain will continue to grow — and not surprisingly, it will do so where it already has a strong foothold.

According to IDC, global spending on blockchain solutions is expected to reach $2.1 billion in 2018 and an estimated $9.7 billion by 2021. Meanwhile, Research and Markets reports that the global blockchain technology market was $0.67 billion in 2017 and will reach $10.58 billion during 2017-2023, and it says investments by financial institutions will drive this growth.

A Theme Emerges: Slow and Steady

“The true transformational potential of blockchain-based networks will take a long time to materialize, for non-technical as much as technical reasons.”— Finextra

We’ve been preaching the gospel of rational exuberance for a while. And as we see from the 2018 blockchain development trends (at least so far), we were right. Pick your cliché: “The wheat is being separated from the chaff,” “the cream is rising to the top” or maybe “slow and steady wins the race.”

“Correction” may be too strong a word, but 2018 appears to be taking a breath, re-examining security and identifying use cases — such as IoT — where blockchain is a must-have, not a nifty-to-have.

Blockchain is not the answer to every problem, and we think this will become all the more obvious as 2018 progresses. Sometimes, it’s the wrong answer. And even when blockchain is the solution, it’s not one-size-fits-all.

Bitcoin for Good: How Digital Currency Could Become a Powerful Tool for Non-Profits
Blockchain: Public Sector Use Cases (Part 1)
Advertisement